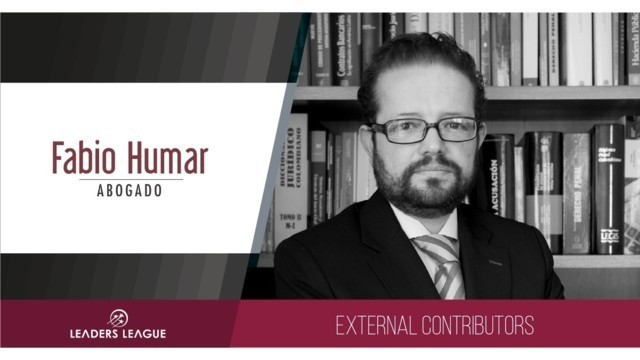 It is well known that fraudulence must be proven. There can never be any talk of a presumption of fraudulence, whenever the possible commission of a crime is being investigated. It is the Office of the Attorney, with all the arsenal of investigative tools that the law gives it to carry out an investigation, which is in charge of proving a crime has been committed.

Regarding conduct that may affect copyright and industrial property, It is a common defense for a person who suspected of committing an infringement to plead ignorance, that is, when questioned by the Office of the Attorney, they simply say that they did not know that using another's trademark, for example, was prohibited. Or that they did not know that said intellectual property belonged to another person. It is what is known colloquially as the "didn't know" defense. Of course, rules and principles come into play here, such as the one that establishes that ignorance of the law does not serve as an excuse or the error of prohibition principle, but that will not be the subject of this piece.

The first three articles protect copyright (moral and patrimonial) and those following protect industrial property (brand, patent, name, etc.), with the exception of the last one, which protects inventiveness (discovery, invention, etc.).

In these scenarios, when faced with the "didn't know" defense, the Office of the Attorney often loses the case, which leaves the victim  doubly frustrated with the possibility of having to pay damages on top of being on the wrong end of the verdict..

What can be done?

I insist on the first point: fraudulence is not presumed and must be proven. In these cases, the recommendation is that, rather than jumping the gun, in execution of a clear strategy and adequate representation of the victims, documentary evidence of fraud must be found before resorting to criminal justice. Acts of fraud leave external traces that, once proven, account for its existence. It is, to put it anotherway, the collection of evidence of intent with which the offender acted.

It is not enough to prove that the offender has acted; it must be proved that they have acted with fraudulent intent. Therefore when going to the Office of the Attorney to file a complaint for the possible commission of the crimes indicated above, the victim should present some elements of proof and physical evidence that will help ensure the success of the criminal complaint.

Of course, there will be those who claim that it is the duty of the Office of the Attorney to collect said elements and that requiring the victim to collect them is an excessive burden. The first may be true, but the second is not reasonable. The victim has the power to collect evidence, so the comfortable assumption that of the Office of the Attorney will do the the legwork forgets two undeniable facts of criminal litigation: the first, that no one knows the facts like the victim because of their obvious closeness to the commission of the crime, in addition to the immediacy of the infringed right. And the second: the Office of the Attorney cannot do everything. It is stretched, and its officials are already swamped with a backlog of issues dating back years: In 2020, for example issues from 2014 were still being resolved.

The power to collect evidence from the victim has legal support in (article 11, literal d) of Law 906 of 2004 and is clearly explained in Sentence C-209 of 2007 of the Constitutional Court and the one issued by the Criminal Cassation Chamber of the Supreme Court of Justice SP 3579-2020. This last ruling is very efficient and, without a doubt, is worth reading since it leaves no doubt about the matter.

So why not help with the collection of exhibits and physical evidence? It is not an intelligent strategy to leave the entire weight of the investigation on the shoulders of the Office of the Attorney, when helping out helps your chances of securing a win in court.

The proper collection of these elements happens, for example, by sending letters to the offender to let them know that his conduct is violating the rights of the legitimate owner of the same, which takes the the "didn’t know" excuse off the board as a defense strategy. After receiving a letter ofthis nature,  should the conduct be maintained, it would be impossible to plead ignorance or unfamiliarity.

The victim must also provide an appropriate number of documents or elements that indicate infringe of  rights (notices, photographs, advertisements), as well as, for example, presenting a correct expert opinion on the similarity between the works or a serious study that can clear up doubts about the ownership of a right. These are elements that any complainant must have, if it is to stand a good chance of being upheld.

A criminal complaint does not state the claims, nor does it list the evidence to be practiced, as happens, for example, in a civil lawsuit or  arbitration, but a well-structured complaint, sufficiently supported by evidence, can make it an easy decision for the  Office of the Attorney to file charges and, in turn, is a powerful argument for the offender to seek an agreement that with the victim.

The possibility of collecting evidence can be exercised in all crimes, but in trademark and copyright crimes this power is of paramount importance: no oneknows a product or is aware of how it is being infringed like the person who created it; there is no one better to detail the creative process that culminated in a work. And, it must be said, most of the time it is the victim who has the means and resources to go to experts in various areas, to secure  concepts, such as a graphology, similarity analysis, authenticity verification, and bring them as evidence. It is a common practice that, for example, in search and inspection proceedings, the Office of the Attorney requests the assistance of the victim's experts, who can usually verify without delay the origins of a product.

Thus, the victim has a fundamental role to play, which they should not waste.