The man widely credited as being the pioneer of private equity in Spain, José María Loizaga, has died aged 84 after falling victim to the coronavirus. 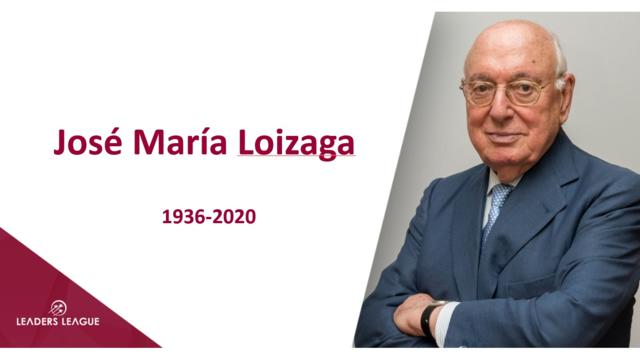 The death of Loizaga – who, with the foundation of the fund Mercapital in 1985, was said to have created the Spanish private equity sector – was confirmed by the infrastructure company ACS Group, of which he was vice president.

Meanwhile, his son Javier Loizaga, the chairman of Moira Capital Partners, paid tribute to his father in a social media post in which he said he had “fallen victim to the cruel COVID-19”. Javier Loizaga added that his father had been “full of health, enthusiasm and the life force” before he succumbed to the virus.

Prior to to founding Mercapital, José María Loizaga, who was born in Bilbao in 1936, had worked for Banco Vizcaya and Zardoya, which merged with Schneider Otis in 1972. Until 1980, he was head of Southern Europe at Otis Elevator. In 1980, he founded Banco Hispano Industrial (Grupo BHA) and, in 1982, he was appointed CEO of Banco Unión, which merged with  Banco Urquijo.

He was also a vice chairman and board member of ACS Group. An ACS Group statement said: “ACS is mourning the loss of one of our great managers who dedicated a very important part of his life to the projection and expansion of the group as a world leader in infrastructure. We express our deepest condolences and all our love and affection to his wife, children and the rest of his family and friends.”

Javier Loizaga said his father had “never stopped working in what was his lifelong passion: the company”. He continued: “He was strong as a bull, just three weeks ago. He had never been sick before in his life. He died alone, without the family he loved and lived for. He was a reference for many, many Spanish professionals and he taught me everything I know, and all this with an unwavering work ethic, while displaying a humanity that touched everyone's soul. I will miss him for the rest of my life. This virus is devastating. Let no one be deceived. We have to protect our elders or we will lose the most valuable in our society.”