This is a significant combination for the southeastern US. 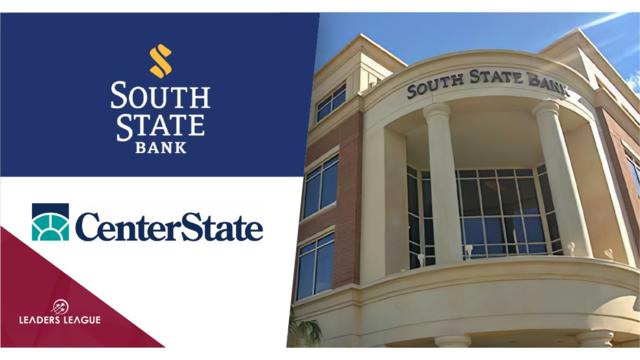 In a move that will create the eighth-largest bank in the southeastern US, CenterState Bank and South State Bank have agreed to an all-stock merger, expected to close in Q3 of this year.

With over a million customers across six states, the bank would retain the name of South State Bank, and would be headquartered in Winter Haven, South Carolina. Columbia, Charleston, Charlotte and Atlanta will remain areas of strength for the new bank.

A press release states that CenterState Bank shareholders will own a slightly larger share – 53% – of the new bank. CenterState has been performing very well recently; its revenue jumped from $316 million in 2017 to $566 million the following year. South State Bank has also been performing very well: its diluted earnings per share (EPS) increased from $2.93 in 2017 to $4.86 in 2018.

By asset size, according to June 2019 data, CenterState Bank is the 98th largest in the US, while South State Bank is the 102nd largest. A straight combination of their assets would give them over $32.5 million, making them the nation’s 61st-largest bank by asset size.