This is unsurprising – but it’s a sign of choppy waters ahead for real estate more widely. 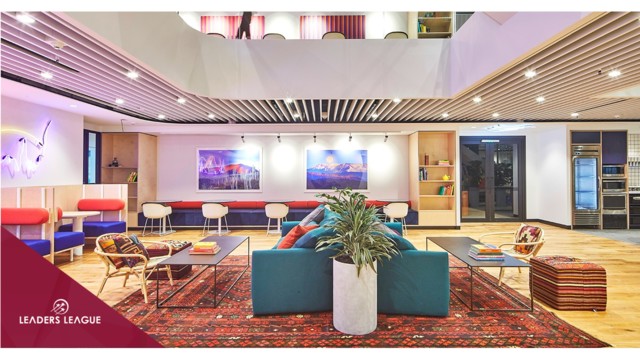 SoftBank’s planned $3 billion tender offer for WeWork shares is no longer going ahead, at a time when coronavirus is tanking the very fundaments of numerous verticals – real estate being one of them.

Though the tender offer falling through is not expected to have any material impact on WeWork’s everyday operations or strategy, or indeed on “the vast majority” of its employees, it is yet another hurdle for the beleaguered rental company, whose share price plummeted late last year when it became apparent that the company had been wildly overvalued prior to its planned IPO. It is also bad news – relatively – for founder and former CEO Adam Neumann, who had been planning to sell $970 million worth of WeWork shares to the Japanese investor.

According to SoftBank, “Neumann’s and Benchmark’s equity constitute more than half of the stock tendered in the offering. In contrast, current WeWork employees tendered less than 10% of the total.” This reflects the company’s curiously imbalanced power and remuneration structure: as WeWork staff were being laid off in droves during the company’s implosion, Neumann, who had ten voting shares for every other stakeholder’s one, stepped down from his CEO position with a $1.7 billion compensation package.

The reasons for SoftBank abandoning its favorite mega-pet are not restricted to the coronavirus. Certainly, the virus’s inducement of nationwide lockdowns in several countries has meant that most of WeWork’s 660,000-strong customer base have been asked by the government to work from home – and those on short-term rental contracts, i.e. over a quarter of WeWork’s clients, will no doubt terminate their contracts for several months if they haven’t already. But WeWork remains open, employing cleaners more frequently as well as its day-to-day front-office staff, who are still showing up in person – which would have represented something of a sunk cost for SoftBank.

According to the investor, it has pulled out due to “multiple, new, and significant pending criminal and civil investigations” as well as contractual obligations WeWork failed to meet. Those obligations were tied to SoftBank’s $1.5 billion equity investment in WeWork in October. The investor’s withdrawal also means it no longer has to furnish WeWork with $1.1 billion in debt finance – money the rental company would very much appreciate at this time. WeWork is considering its options, “including litigation”.

WeWork isn’t the only rental company struggling: Airbnb has suspended its founders’ salary payments in the wake of its European bookings falling by 80% in the first two weeks of March, and a further 10% the following week. After offering blanket cancellation of any booking made pre-lockdown for stays until the end of May, Airbnb has tried to mollify hosts by setting up a $250 million fund to compensate hosts for up to a quarter of their lost income. But the company is in a far weaker cash-flow position than it was this time last year. It’s safe to say its planned 2020 IPO will no longer be going ahead.

Dillon DuBois, product content marketer at rental data analytics firm AirDNA, is bullish. “The markets affected are largely limited to where the virus actually is,” he says. “This may seem obvious, but it’s important to recognize that the vast majority of vacation rental markets are not in all-out panic mode.” Nonetheless, the most lucrative rental markets – cosmopolises in Europe and North America – have all been hammered by the virus, and will continue to be so for the next few months.

In the UK, the Coronavirus Act 2020 prevents renters from eviction, which leaves landlords holding the baby. Forced to either settle alternative payment arrangements with renters or get mortgage holidays from the bank, much of the landlord class, which has been enjoying the real estate boom for the last decade, is now in a more precarious position. When the virus recedes, the real estate landscape will be ripe for reconstruction.