The latest in a series of recent NYC hires by the Chicago-headquartered firm. 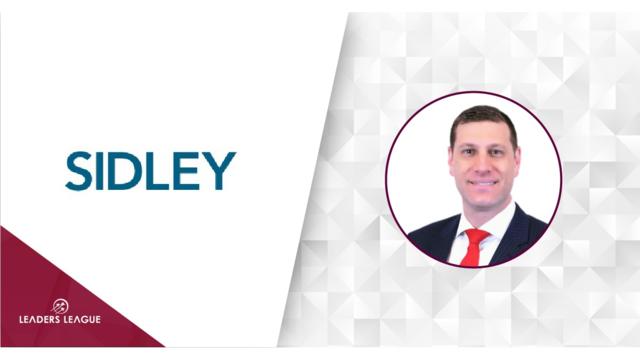 Wassner has hopped from firm to firm throughout his career: cutting his teeth at Dewey & LeBoeuf, he left during the now-defunct firm’s financial troubles in 2012 to join Winston & Strawn, before joining Jones Day as a private equity partner in 2013. Since then he has also spent time as a partner at Milbank and Shearman & Sterling, co-heading the latter’s Private Capital practice alongside Scott Petepiece (who also serves as Shearman’s global M&A group leader).

“Brien joins Sidley as part of the rapid and continued expansion of our private equity, M&A and leveraged finance capabilities over the last several years,” said Sam Gandhi, managing partner of Sidley’s New York office. “He is a significant addition to the deep team we have built in New York in the private equity space… given the stellar reputation he’s built in the highly competitive New York private equity market.”

Wassner’s clients include PE, VC, infrastructure, hedge, sovereign wealth and pension funds, as well as corporates, asset managers and other financial institutions. He is highly experienced in cross-border M&A, leveraged buy-outs, take-privates, carve-outs and joint ventures. Earlier this year, he acted for TowerBrook Capital Partners on its investment in CAVU Investment Partners.

“At a relatively early stage in his career, Brien has developed an impressive practice across numerous industries, which allows for natural synergies across many Sidley practices,” said Brian Fahrney, co-leader of Sidley’s global M&A and Private Equity practice. “He advises funds with billions under management all over the world, and his successful track record will complement the high-end work we already are doing for numerous premium clients.”

In October 2018, Sidley Austin’s New York office welcomed Adam Weinstein and Tony Feuerstein from Akin Gump; three months later, John Butler joined from Davis Polk & Wardwell. The firm has also made hires elsewhere in the US, including Mehdi Khodadad and Joshua DuClos from Cooley and Kenneth Baronsky from Milbank in Century City, and Jared Jensen in San Francisco.

Though Wassner’s arrival will be particularly smooth because he already shared certain clients and relationships with Sidley Austin, it was the fact that Sidley has been putting its PE investment where its mouth is that Wassner found particularly attractive. “I think it was clear here that they’re not just saying it – they really are doing it. And that was a big differentiator for me.”