The deal is the largest so far this year, in any sphere. 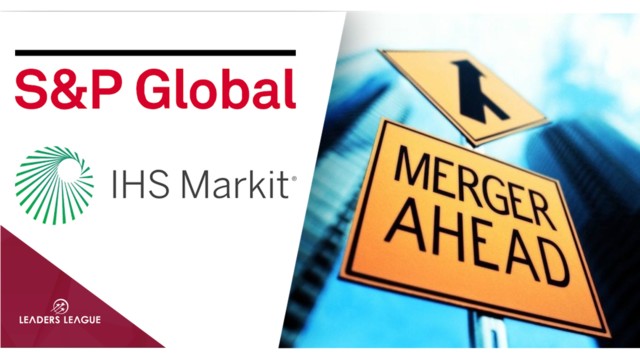 In a colossal deal for the financial information sector, ratings agency S&P Global has acquired UK-headquartered market data firm IHS Markit for $44 billion – the largest corporate acquisition in 2020 so far.

The deal, which includes nearly $5 billion in debt, is yet to be approved by shareholders, let alone regulators, who have been watching the financial data sector increasingly closely. S&P Global is already significantly larger than its two closest competitors, Moody’s and Fitch Ratings; buying IHS Markit, a behemoth on the financial data scene, will further strengthen S&P’s market dominance in the ratings world, and make it a serious competitor with Bloomberg as a financial data provider.

The deal has been in the pipeline for some months now; all the while, IHS Markit has been becoming more valuable, its stock beginning the year at $76 and reaching $93 before news of the acquisition broke. The acquisition dwarfs the second-largest deal in the financial data sector, the London Stock Exchange (LSE)’s acquisition of Refinitiv for $27 billion last year – a deal that continued to be scrutinized by European regulators, who are so far unhappy with LSE’s concessions.

IHS Markit is expected to generate $11.6 billion in annual revenue; S&P Global hopes that the acquisition will save it $480 million a year in costs, as well as giving the company $350 million in cross-selling opportunities.

Lance Uggla, who in 2003 founded Markit, the company that went on to merge with IHS, will stay on for a year as a special advisor; he will receive a $46 million windfall thanks to a change-of-control clause in his contract.