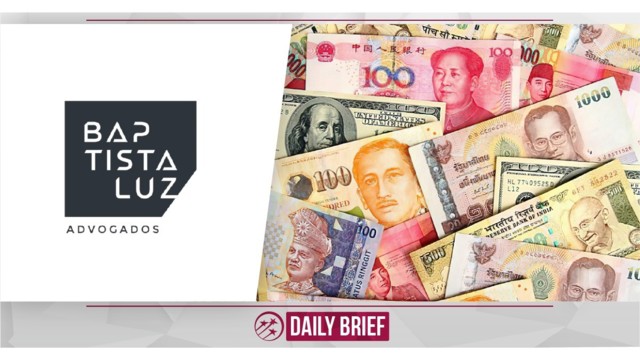 A brief retrospective: in the 1990s, Itamar Franco was elected the president of Brazil, a time when Brazil was facing a high inflation rate. 1993 was the year when Brazilians lived with the worst inflation rate: 2,000% in 12 months. To control that situation, former president Itamar Franco created an economic policy called “Plano Real”, later adjusted to enact Law No. 9,069/95 (the Law of the “Plano Real””).

The “Plano Real” enforced the use of the new currency, the "Real", meaning that it would be the sole currency accepted in the Brazilian territory and, therefore, mandatory for all payments of operations contracted and performed in Brazil.

However, with the globalization of the production chains and the development of the international trade, the issue on the possibility of using a foreign currency to make payments or indexing the amount of the transaction contracted or performed in Brazil, is extensively discussed.

We have reviewed the subject and, firstly, we would like to emphasize that no amendments have been recently made to the Brazilian law regarding the possibility of executing agreements in foreign currency or with their values linked to the foreign exchange variation.

Besides the mandatory use required by Art. 1 of the Law of the “Plano Real”, the use of the Real is also enforced by Decree-Law 857/69, by Law No. 10,192/2001 and by two provisions set forth in the Civil Code: (i) Art. 315 provides that "All debts in cash shall be paid as of their maturity date in cash and according to their face value" and (ii) Art. 318 provides that "Any agreement that provides for the payment in gold or foreign currency shall be null and void, as well as to offset any differences between the amount in the foreign currency and the value in the national currency, except for the cases provided for in the special regulations”.

Regarding the adjustment of amounts payable due to a foreign exchange variation, not only does the Law of the “Plano Real repels the effectiveness of any provisions in this regard, but Article 6 of the Law for the Economic Stabilization Program (Law No. 8,880/94) expressly states that "Any agreement that provides for money adjustment indexed to the exchange rate variation shall be null and void, except if expressly authorized by a federal law or when a commercial lease agreement is entered into between individuals residing and domiciled in Brazil, based on funds raised abroad”.

In this sense, according to the law in force, all agreements to be performed in Brazil shall not foresee any payments in foreign currency, nor index any payment to foreign exchange variation, except for the cases expressly provided for by the regulation, as detailed hereinafter.

Article 2 of Decree-Law No. 857/69, and Art. 6 of Law 8,880/94 list the cases that allow payments in foreign currency or linked to foreign exchange variations:

Agreements and tradable bonds related to import or export of goods; Financing or collateral agreements related to the export of goods or services sold on credit to clients abroad; Purchase and sales agreements of foreign currencies in general; Loans or any other obligations where the creditor or debtor is an individual residing and domiciled abroad, except for the lease agreements of properties located in Brazil; Agreements to assign, transfer, delegate, undertake or modify any of the obligations referred to in the aforementioned item, even if the contracting parties are individuals residing or domiciled in Brazil; Lease agreements of movables after the prior registration with the Central Bank of Brazil; and Lease agreements executed between individuals residing and domiciled in Brazil, based on funds raised abroad.

In the exceptional cases mentioned above, even if the amount is established in a foreign currency or linked to a foreign exchange variation, for purposes of the actual payment to a resident in Brazil, the payment shall be made in national currency, by converting the foreign currency into Reals.

WHAT HAPPENS IF THE AGREEMENT DOES NOT FALL UNDER ANY OF THE EXCEPTIONS LISTED ABOVE? WILL IT BE CONSIDERED NULL AND VOID?

Strictly speaking, and according to the applicable law, yes. Let us imagine the example of a services agreement executed between parties residing in Brazil, to be performed in Brazil, with payments in US dollars or linked to the variation of the US dollar. Since such agreement does not have any international element nor falls under any legal exception, it would be, in theory, considered null and void.

However, despite being considered null and void by the law, the majority of our Superior Courts has decided that if the parties have already profited from such agreement, the legal effects are considered valid and enforceable. The reason is that the Courts understand that a party could become unjustly enriched if the agreement is declared null. In that case, the payable amount shall be made in Reals by converting the amount established or linked to the foreign currency.

HOW IS THE FOREIGN CURRENCY CONVERTED INTO REALS

(i) Date of the Effective Payment

After analyzing the last position of the Brazilian Superior Court of Justice, such as when it ruled the Internal Appeal in the Motion for Clarification in Special Appeal No. 1.672.818 in 2020, we noticed that the Third Panel found that the agreement involving an international shipment of goods executed in foreign currency was considered lawful, and the conversion date was the date of the effective payment of the obligation, which in this case was a container overstay fee.

In 2015, the Fourth Panel of the Superior Court of Justice arrived to the same conclusion after analyzing the Internal Interlocutory Appeal within the Interlocutory Appeal in Special Appeal No. 538.171: "According to the precedent decisions awarded by this Superior Court, any agreement executed in foreign currency is lawful, provided that the amount is converted into the Brazilian currency as of the date of the effective payment”.

Also the state courts, such as the Appellate Court of the State of São Paulo, followed the understanding of the Superior Court of Justice in many decisions, in the sense that the conversion date of the foreign currency should be the date of the effective payment. In this sense, the 19th Chamber of Private Law, when ruling Civil Appeal No. 0024394-54.2011.8.26.0562 in 2021, understood that the Brazilian law accepts the execution of agreements in foreign currency in the cases enclosed in the legal exceptions, and the conversion date is the maturity date.

The 20th Chamber of Private Law of the Appellate Court of the State of São Paulo followed the same understanding when it ruled Civil Appeal no. 1107967-59.2015.8.26.0100 in 2017. In this case, it concluded that the shipping agreement for the transportation of goods fell under one of the exceptions, and the debt amount resulting therefrom established in a foreign currency had to be converted into Reals as of the date of the effective payment and based on the average rate between the official rate of the dollar for purchase and for sale.

The Appellate Court of the State of Mato Grosso recently followed the same line of understanding of the Superior Court of Justice. Civil Appeal No. 1002357-85.2016.8.11.0003 ruled in 2021 by the 1st Chamber of Private Law assessed an export agreement of goods executed in a foreign currency. In this case, the court accepted the validity of the agreement in foreign currency, as it fell under one of the exceptions provided for by the law, and the amount had to be converted into Reals as of the effective date of payment.

(ii) Date of the Execution of the Agreement

The possibility of executing an agreement in foreign currency that is not included in the cases provided for by the law has been subject to many discussions by the Superior Court of Justice. In 2009, when the Third panel of the Superior Court of Justice ruled Special Appeal No. 804,791, it assessed the issue of foreign exchange rate indexation of debts resulting from agreements that are not included in the exceptions listed in Art. 2 of Decree Law No. 857/69.

In this case, the court decided that if there were any outstanding payments in foreign currency, such payments should be converted into Reals as of the effective date of payment, and based on the rate of the date of the execution of the agreement, using a monetary adjustment index accepted in Brazil. The court understood that if it cancelled the loan agreement executed in foreign currency, one of the parties would  benefit from unjust enrichment, as the money loan, the object of the agreement, had already been performed.

In 2013, the Third panel of the Superior Court of Justice ruled Special Appeal No. 1,323,219 and it upheld the understanding of 2009, determining that the conversion of the foreign currency into the Brazilian currency should be based on the exchange rate as of the date of the execution of the agreement, and monetarily adjusted in accordance to the official Brazilian index in force.

The execution of enforceable agreements in Brazil established in foreign currency or with its value linked to the exchange rate variation is a topic that deserves special attention. It is therefore necessary to analyze each agreement and pay attention to the following points, among others: (i) if the agreement falls under any legal exception; (ii) if the agreement can be declared null and void due to any legal provision or validity due to courts understandings; and (iii) if the agreement is deemed valid, what is the courts understanding on the date of the conversion into Reals of the amount established in a foreign currency.