A slight dip in activity belies a busy global landscape of investor activism – a landscape that may be about to see some regulatory change. 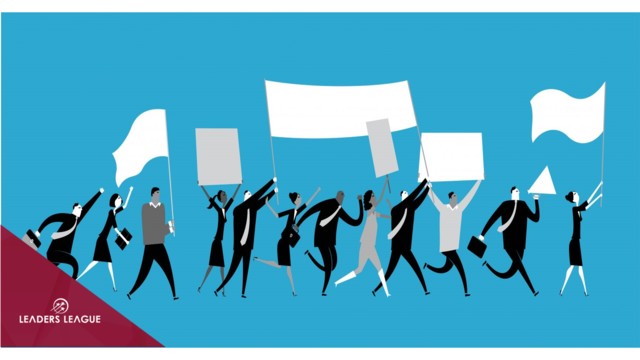 By most metrics, shareholder activism was down last year from 2018 levels in every major region. The largest fall was in Europe, thanks in large part to uncertainty around a Brexit that is now definitely happening, but the number of companies targeted fell by 10% in the Asia-Pacific region and 11% in the US. Why?

It’s not the first time activism levels have dropped: 2016 was a down year around the world. But that could be chalked down to the Brexit referendum result slowing activism in Europe, and the approach of a high-stakes election in the US. Three years into a Trump presidency, with the election a year away yet, it’s less clear why activist campaigns are down in America.

It may seem like a cop-out to say this, but: time will tell. If 2019 is the first of two or more years of subdued activity, it will suggest that activist investors have reached the end of one period of fertile harvest, are facing increased board resistance and/or regulatory scrutiny, and will have to get increasingly creative with their strategies. If, however, we see the more likely scenario of activity rebounding again in 2020, then perhaps 2019 was simply a year in which activists happened to take stock (no pun intended) after a bumper year and aim their laser beams at a tighter portfolio.

I began the article by saying “By most metrics” – not all metrics. For one thing, there were more first-timers in 2019 (43) than in 2018 (40). It is reflective of a wider trend: the increasing adoption of activist tactics by private equity firms, not to mention certain activists muscling in on traditional private equity ground by beginning to take companies private themselves. Certain sectors have also seen activists take larger positions, namely telecoms, power and infrastructure. Indeed, in these sectors as well as in industrials and technology, larger positions were taken than in 2015-’18 on average.

Elliott Management continues to dominate the shareholder activism landscape in the US and abroad, in terms of the number, profile and size of its campaigns. Its largest in the US, by some way, is its 1.2% position in AT&T, which amounts to well over $3 billion. (Elliott managed to squeeze new directors and asset sales out of its high-profile AT&T campaign.) Its largest in Europe is also significant, with a 0.8% stake in SAP worth $1.3 billion that nudged the software giant into adopting new operational targets.

Indeed, 80% of the capital deployed in 2019 by Elliott – an investor that, along with Starboard Value, accounted for more than a tenth of campaign activity globally – was allocated to only four campaigns: AT&T, SAP, eBay and Marathon. The latter two campaigns were successful: Elliott convinced the companies to sell off multibillion-dollar concerns StubHub and Speedway, respectively. This would propound the theory tentatively posited earlier: that major investors are concentrating their capital in fewer but potentially more profitable campaigns.

Starboard, for its part, also had a busy year: it launched 13 campaigns, including a successful campaign – separately from Elliott – at eBay, and a less successful campaign at Bristol-Myers Squibb, which it tried and failed to tempt away from a $74 billion merger with Celgene. Overall, of the 120 or so board seats won around the world in 2019, Starboard secured 20.

The other two big hitters in the US, namely Icahn Associates and Third Point Partners, deployed more capital than Starboard, with slightly more mixed results. Third Point only led three campaigns – at Sony, United Technologies and Centene – last year, all of which failed. Icahn, meanwhile, deployed $3.8 billion – more than any other activist except Elliott – and scored pleasingly alliterative successes at Caesar’s Entertainment, Conduent and Cloudera. He failed, however, to stop Occidental Petroleum’s $55 billion acquisition of Anadarko Petroleum, and has not managed to effect any board changes since. Icahn’s flagship project is now Xerox’s hostile takeover of HP; but we imagine HP has some tricks up its sleeve to ward off a merger it sees as highly undesirable, and Icahn is unlikely to pay over the odds.

Nearly 1 in 3 proxy contests waged by US activists were in Asia in 2019, compared to 1 in 10 in 2017 and 2018. Curiously, much of this is down to Japan, where sluggish enterprise growth and widespread stock underperformance have tempted investors from the US and Europe, particularly the US, who see opportunities for fairly straightforward profit. While ESG and M&A are high on activists’ agendas in North America, Japanese companies just need a shot in the arm via restructuring, smarter investment or, simply, share buybacks – for now, at least. In 2019, nearly 1 in 4 non-US campaigns were in Japan.

This rise in activity in Japan is not new, and may stem from the country’s corporate governance, which took effect in 2015 and required a minimum of two independent directors, as well as encouraging less male-dominant boards that were also at least one-third independent. This shifting landscape meant that in 2019, Japan saw twice as many companies assailed for board representation as in 2018, and more proxy fights than any time in the last five years.

The increased activity in the Land of the Rising Sun has not necessarily correlated with successful activism. Numerous investors, including Fir Tree Partners and Dalton Investments, saw their proposals voted down. Nonetheless, even when not all activist demands are met, the presence of these investors – both foreign and domestic – are nudging major Japanese companies to take action. And when that boosts their share price, as it has done for major blue-chips such as Sony, boards will be incentivized to keep taking that advice.

In the US, draft SEC [Securities and Exchange Commission] regulation in November has raised speculation over how corporate governance and investor activism in general may have to change. The regulation is likely to be watered down before being made effective, but the draft itself has already proved to be a cat among pigeons (or, to use an analogy better befitting billion-dollar behemoths, a panther among eagles).

The draft regulation has two key prongs. Firstly, it stipulates that proxy solicitation firms alert boards to their voting recommendations before taking those recommendations to shareholders. Secondly, and more damagingly for activist investors, the ownership threshold for recent investors to submit governance proposals will increase. It states that investors who want a say in governance via proposals will have to have held shares in the company for three years rather than one.

Both initiatives will benefit boards and dampen the abilities of activist shareholders to effect change. According to an analysis by the Sustainable Investments Institute, 1 in 3 proposals voted on in the last decade would have been ineligible for resubmission had the November draft regulation been in effect. While the SEC maintains that the new rules would disincentivise short-term-minded changes pushed by activist shareholders wishing to make a quick buck before exiting their holdings, it is fair to say that numerous progressive changes – such as ESG [environmental, social and governance] initiatives –  would have been stymied by the new regulation.

In any case, we will be seeing some sort of regulatory action this year – and even though it will likely be less stringent than the November draft, it’s unlikely to be good news for activist investors.

On the subject of ESG, progressive values have increasingly been touted as crucial to good business. Asset managers have largely put their money with their mouth is: in the last two years, around 660 additional investors have signed the UN’s Principles for Responsible Investment (PRI). There are now 2,400 signatories, with a total AUM of around $86 trillion.

Larry Fink, CEO of $7 trillion asset manager BlackRock, has been a key driver of this change, albeit belatedly; his letter to CEOs yesterday included a promise to divest from companies that obtain more than a quarter of their revenues from coal production. He also unveiled a plan to double BlackRock’s offerings of ESG-themed ETFs to 150 over the next few years. This would bolster a trend that is already under way: assets in ESG-related ETFs (exchange-traded funds) have quadrupled in the last two years. In a strong pro-transparency move, BlackRock will be asking companies to publish disclosure materials along the guidelines stipulated by the Sustainability Accounting Standards Board. This could have an effect on board composition: “we will be increasingly disposed to vote against management when companies have not made sufficient progress,” warned Fink.

If SEC regulation comes through to inhibit the power of recent shareholders wanting to push boards in a more sustainable direction, then less progress will be made on the ESG front than we might hope. But the increasing presence of sustainability initiatives on the agenda of every company in the S&P 500 is undeniable, regardless of shareholder activism. 2020 should be another interesting year for corporate environmental policy.