R. Mekouar and P.Junck (LPEA) : "Brexit: Luxembourg in the game to become the gateway to the European Union” 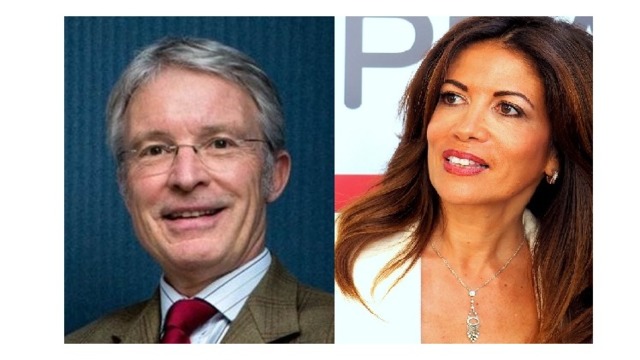 Leaders League. How does the association participate in developing PE and VC in Luxembourg?

Paul Junck. Around a decade ago, we surveyed the market and realized PE and VC practitioners needed a solid institution dedicated to their activities. This inspired the creation of LPEA in 2010, which has gone on to become a success story. Starting with 20 members, it now has 175 including general partners (GPs), limited partners (LPs) as well as services providers. Our mission includes promoting the interests of the association’s members through an interactive platform and networking opportunities, such as the international LPEA insights conference that was launched two years ago.

Rajaa Mekouar-Schneider. LPEA also supports the government’s initiative to enhance the country’s attractiveness as an international hub for PE and VC in the context of Brexit in particular, by positioning Luxembourg as a partner of the UK as opposed to a competitor.

Luxembourg is considered a major financial center. What attributes make it so attractive?

P.J. The country remains one of the few to be rated AAA by all major rating agencies, benefits from a very efficient financial regulator to promote transparency, simplicity and fairness: the surveillance commission of the financial sector (CSSF). These features, together with a state of the art legal tool box and tax framework, make Luxembourg highly appreciated for its financial and economic stability.

R.M-S. Also, with more than 150 nationalities represented and most people speaking 3, 4 or more languages, Luxembourg’s workforce is truly international. Almost 45% of residents and more than 70% of the labor force are foreigners, making Luxembourg able to respond to the requirements of multilingual and multicultural investors. One must realise that when drafting legal documents an investor can actually really choose between French, English and German, which is unique in the EU, indeed in the world.

Some legal tools offered by the country are also extremely coveted.

R.M-S. Luxembourg is not only at the forefront of implementing new EU directives into national law, as was the case with UCITS in 1988 and AIFMD in 2013, but also in creating new, innovative structures that respond to market demand. SICAR and SIF, two entities introduced in 2004 and 2007 respectively were the first regulated PE fund structures with oversight from a depositary.

P.J. The need for a limited partnership structure has also led to the introduction of the Luxembourg Special Limited Partnership (SCSp), proven to be successful with more than 1,800 structures created since it was introduced in 2013. More recently, 2016 saw the launch of the Reserved Alternative Investment Fund (RAIF), a fund structure with the legal and tax features of the well-established SICAR and SIF, without those being subject to direct regulation from the Luxembourg financial supervisory authority but requiring the appointment of an AIFM, itself a regulated entity.

How do you feel about Brexit?

R.M-S. The UK has always well understood the interests of PE and VC, cultivating a “business friendly” vision that Luxembourg has long shared. In the wake of Brexit, Luxembourg is keen to preserve the partnership with UK-based stakeholders and offer solutions as and when needed to preserve continuity as much as possible.

P.J. Although we feel disappointed, it is unquestionable that Brexit has created new opportunities for Luxembourg. We notably have a card to play now that the Americans cannot settle in London anymore to enter the European Union market.