Pusch Wahlig brings in a new team from Staudacher Annuß

Pusch Wahlig Munich, which specialises in employment law, is gaining an entire team from Staudacher Annuß as of July 2022. The employment law specialist Prof. Dr. Georg Annuß (53) joins Pusch Wahlig along with two other partners and two associates. 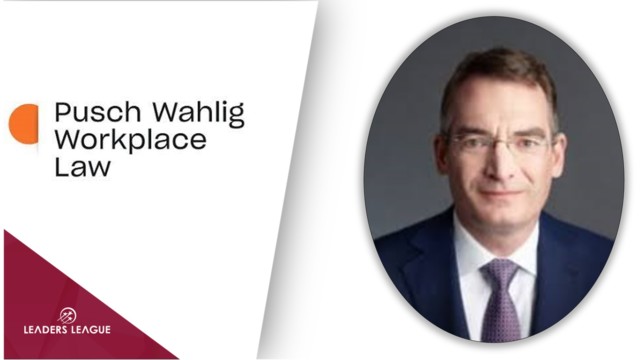 Georg Annuß is regarded as an expert in collective labour for German industrial companies and banks. He began his career in 1996 at Freshfields Bruckhaus Deringer. He moved to Noerr in 2006, becoming a partner and head of the employment practice the following year. In 2012, he moved to Linklaters and from there, with his team, to Staudacher six years later.

He will join Pusch Wahlig as of counsel. He is joined by Jan Rudolph (47) and Ingo Sappa (41), who will be partners at Pusch Wahlig as they were at Staudacher Annuß. The three employment law specialists are a well-established team: they already joined Staudacher together from Linklaters in 2018.

Pusch Wahlig has been expanding for several years, including in Munich. It was only in 2018 that the boutique opened its office there with a partner from Norton Rose. In 2020, the Hamburg and Cologne offices were added.

The new team is a strategic reinforcement for the fairly young Munich office. As of July, 9 lawyers will work there, including 3 partners. With the new additions, the firm has a total of 60 lawyers at six German offices, 17 of whom are partners.

The employment law firm Staudacher Annuß is thus returning to its founding structure: Staudacher emerged in 2012 from the broken-up firm Schmitt-Rolfes Faltermeier Staudacher. Name partner Peter Staudacher (63) went independent with his then associates Holger Wenning and Sven Löffler. Today, both are partners. The Munich-based employment law boutique intends to grow again in the future and, in addition to advising companies, concentrates in particular on advising executives.