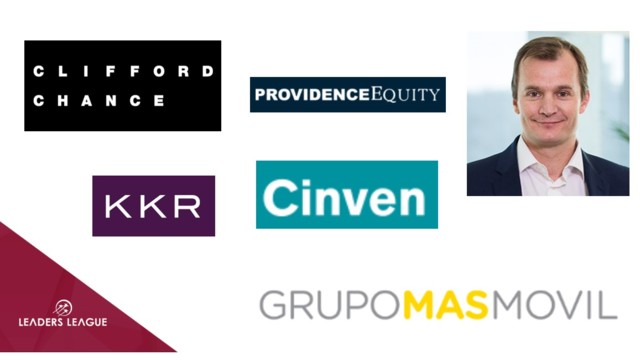 The deal will be completed subject to approval by the Spanish securities market regulator CNMV.

A statement said the consortium was committed to continuing with Masmovil’s strategic business plan as well as its employees and management team.

Masmovil’s board of directors is being advised by Clifford Chance on the takeover, while Goldman Sachs International is acting as M&A advisor and BNP Paribas is acting as financial and rating advisor.