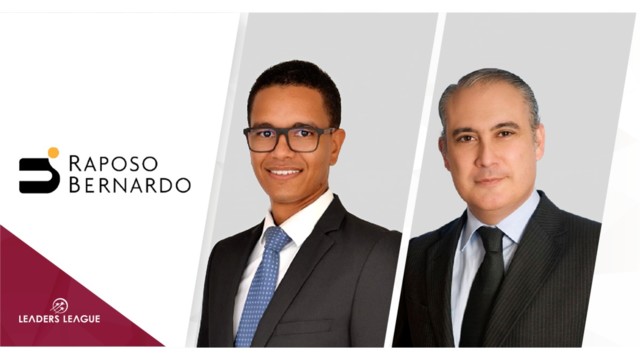 What is the current status of the big privatization programs in Angola and Cabo Verde and recently made public?

Were privatization processes delayed by Covid -19?

Yes. In some instances, the undergoing processes are stalled, while in a number of cases, there has been some progress, but not to a significant extent.

In Angola, the goal was to privatize 51 companies by the end of 2020 but because of Covid-19 the process was suspended. However, the process is now resuming slowly. As a consequence, there will be investment opportunities from now on.

The same happened in Cabo Verde where some of the privatization processes have been suspended since March 2020. It is anticipated that those processes will resume before the end of 2020 so that the privatizations can take place in 2021. So there will be investment opportunities in some key economic sectors from now on.

In which sectors will most of the privatization take place in Angola?

The Angolan privatization program focusses on several areas of the economy, namely the natural resources and oil sector, IT and telecoms, the financial sector, transportation, tourism and hospitality and also some manufacturing industries.

And which companies will be privatized in Cabo Verde?

The companies that will be privatized in Cabo Verde are active in a broad spectrum of areas. It includes companies in the airport and air safety sector, handling, ports, shipyards, electricity or water supply companies, fuel distribution, post mail, telecoms, pharmaceutical production and distribution, fisheries and the stock market, among others.

“Both countries [Angola and Cabo Verde] are experiencing a downturn as a consequence of the Covid-19 pandemic, but both governments are adopting the necessary measures to deal with the situation.”

What is the current economic outlook in both countries?

The economic environment in both countries is favourable with regard to foreign investment. Naturally both countries are experiencing a downturn as a consequence of the Covid-19 pandemic, but both governments are adopting the necessary measures to deal with the situation and to reduce Covid-19’s effect both on the labour market and on industry.

There is a strong bet on ‘digital’ – digital transformation and administration modernization programs have been implemented with the goal of creating a better economic environment in this ‘new normal’. Heavy investment in the health sector is also anticipated in order to improve safety and create a trustworthy environment for sectors such as tourism, hospitality and transportation. Utilities will also be under the spotlight.

What will be the main drivers of investment in Cabo Verde?

First of all, the companies that will be privatized are active in some of the economy’s key sectors. On the other hand, these companies have internationalization potential in the context of African markets. Finally, these companies operate in fast-growing sectors such as telecoms, airport management, energy production, water supply, health and tourism.

There are also some intrinsic factors that make Cabo Verde a safe investment destination. First of all, there is its geographic location between America, Africa and Europe and the fact it serves as an entry point for several markets such as the Economic Community of West African States (ECOWAS). Cabo Verde has a skilled workforce – it is the third-ranked country in Africa in terms of human development and quality of life and the fourth-ranked country in Africa in terms of IT. It is also a mature democracy.

Regarding the investment environment the parity between the local currency – the CV Escudo – and the Euro is to be highlighted, as is the non-existence of any restrictions regarding investors’ nationality. There are no limitations on holding foreign currency bank accounts and the country has an attractive benefits and tax incentives package for investors.

And what will be the main drivers of investment in Angola?

Angola is a country full of opportunities in sectors form oil or mining to fisheries, transportation, agroindustry, manufacturing, health, and tourism.

Investing in Angola means being present in a country with more than 1,650 kilometres of coastline and more than three million hectares of agricultural land. It is also one of the African countries with the biggest potential in mineral and natural resources such as oil, natural gas, diamonds, iron and gold. In addition, Angola’s river basin represents 12 per cent of African water tables.

It is also a very large market with more than 25 million consumers that can be an entry point to southern Africa. Angola provides sea and land borders with four countries and has a young and increasingly educated population.

Angola has in place attractive incentive packages for private investors and has a tax and customs framework that is increasingly aligned with international best practices.

How do Angola and Cabo Verde protect foreign investment?

Both Angola and Cabo Verde are countries that favour private investment and are used to receiving foreign investment. Therefore they are used to granting foreign investors a wide range of benefits and guarantees – for example, companies incorporated with foreign capital are considered local companies, and the property rights of investors are protected and respected. Meanwhile, the possibility of expropriation is limited and always subject to compensation, and there is the right to recourse to courts, while IP rights are also protected. In addition, the cancelation of any license or permit is not allowed without a judicial process, and foreign investors can freely import goods and materials for their projects and can also export the goods they manufacture. Foreign investors are granted access to internal and external credit. Investors are allowed to transfer abroad dividends received and amounts resulting from the liquidation of their activity, indemnities and royalties, among others.

What are the main issues investors should consider when contemplating getting involved in the privatizations?

As in any other country, privatization processes are usually complex and involve a number of entities such as ministries, regulatory authorities, central banks and stock markets.

Considering the legal framework and local practices, we believe interested investors cannot avoid conducting thorough legal and financial due diligence. An in depth knowledge of the legal framework is necessary in order to have a precise understanding of the privatization process and timeline.