Private Equity Gets a Growth Spurt

Ever since it’s been a thing, private equity has pushed the boundaries of financing. These days private equity attracts an ever-expanding list of investors and entrepreneurs while the stock exchange spins its wheels. 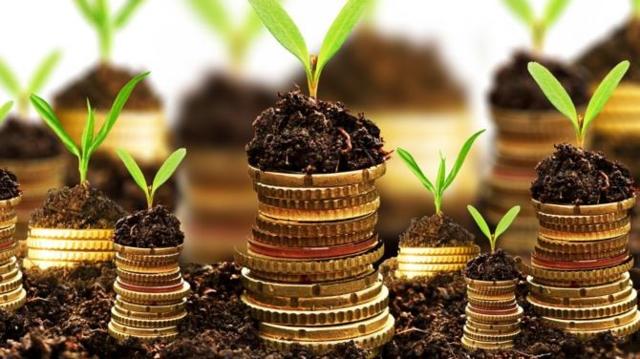 Stock exchanges have existed for over four centuries since the first was established in Amsterdam, but private equity has only been around since the 1950s, when the first leveraged buyouts were made in the US. Traditionally, if a business sought financing from a source other than a bank, it turned to public markets. But times change and private equity, the adolescent of the financing family, has long since shed its baby teeth. Today, private equity is concerned not only with the rescue, development and sale of companies (often in that order), but with financing everything from tech startups to infrastructure projects. A by-product of the rise of private equity has been large traditional investors, such as pension and sovereign wealth funds, sitting up and taking notice.

“The last five years have been among the most glorious in the history of private equity,” affirms Arnaud Minivielle, a senior partner at McKinsey. According to a study by Prequin in 2018, while the amount raised by private equity funds or general partners globally shrunk by 16% to $385 billion in 2018, this is still a remarkable result, and to be expected after 2017’s blockbuster $460 billion raised.  In fact, 2018 was still the third best year in history for private equity. A victim of their success, private equity funds now have unprecedented levels of dry powder – money raised that has not yet been invested. The time has come, perhaps, to stop accepting funding before a plan for it to be allocated is in place.

An overabundance of dry powder

At the same time as fundraising hit new heights, stocks of dry powder went up 13% between 2012 and 2017 and actually outstripped the volume of acquisitions. If the trend persists and acquisition multiples continue to touch the sky, the specter of a bubble in the market could easily develop. With valuations 11.1 times the ebitda, a level last seen in 2007, the market would appear to be overheating. If the market does go into decline, at least the general partners have a significant war chest with which to alleviate the constant pressure surrounding fund performance. But, any way you care to slice it, the question remains: how to increase deal volume while reducing the level of dry powder? Other than increasing the size of vehicles and targeting larger companies, the non-listed market needs to grow. One of the solutions would be to expand into areas of financing which are less well covered, such as late-stage venture capital, growth capital or public to private operations. However, contrary to appearances, there is not a limitless supply of capital. As Arnaud Minvielle stresses “the market is increasingly polarized between the best-performing general partners on the one hand, and those which have reached critical mass and are oversubscribed, on the other.”

If private equity has reached hitherto unattainable heights, it is down in no small part to the fact that traditional trade sales have run out of steam – we are witnessing a changing of the guard. The economist Patrick Artus has pointed out that the number of listed companies in the United States has plummeted over the last twenty years, from 8,000 at the turn of the century to 3,800 today. According to a study by EY, private equity has consistently outperformed companies on leading stock exchanges. David Rubenstein, one of the founding fathers of modern private equity financing and co-executive chairman of the Carlyle group maintains that “private equity is the best means of improving a company’s productivity, and is not just a simple loan transaction” because of all the added benefits it brings to a company, such as advice from experts in value creation.
And it is precisely this ability to generate returns that will continue to seduce everyone from young entrepreneurs to heads of multinationals.