“Portuguese courts have an arbitration-friendly approach”

João Saúde, a partner in Sérvulo & Associados’s litigation and arbitration department in Portugal, discusses the recent developments in arbitration in his country’s energy sector. 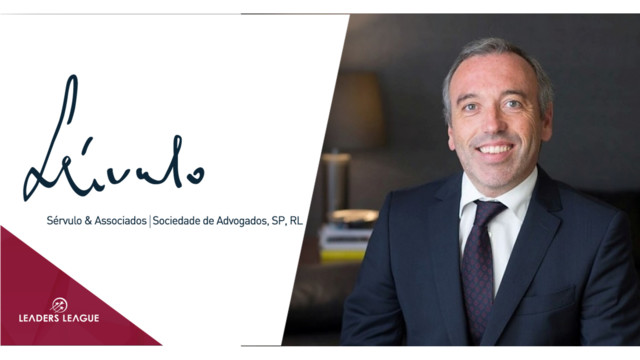 Leaders League: How is increased investment in Portugal driving arbitration?

João Saúde: In the next few years there will be a significant level of public and private investment in the energy sector in Portugal. The recently approved Recovery and Resilience Plan provides for an investment of approximately €3 billion related to climate change, which includes investment in industry decarbonization, sustainable bioeconomy, and hydrogen and renewables. It is anticipated that private investment in the energy sector will also be substantial, particularly in renewable energy, a part of which will certainly consist of foreign direct investment.

Due to the length, complexity, and capital intensiveness of the projects, investment in the energy sector often gives rise to disputes. These disputes include both investor-state and private disputes, joint-venture disputes, gas price review, engineering & construction, state measures, and disputes with third parties. As investment in the energy sector typically involves parties from different jurisdictions, arbitration is frequently the preferred dispute resolution method. In fact, the energy sector has been playing a leading role in the evolution of international arbitration.

What sort of disputes can we expect to see?

The upcoming investment will likely give rise to investor-state and private disputes and it is reasonable to expect investors to seek arbitration. The Portuguese legal framework contains a set of mechanisms that provide investors with the opportunity to resolve disputes through arbitration.

The upcoming €3bn investment in making the energy sector more renewable will likely give rise to investor-state and private disputes.

What sort of mechanisms?

Portugal is a party to the Energy Charter Treaty (ECT), a multilateral treaty which provides a framework for energy cooperation. The ECT’s provisions include protection of foreign investments, based on the extension of national treatment or most-favoured nation treatment and protection against non-commercial risks and, also, on the resolution of disputes between participating states and between investors and host states. An investor may refer a dispute with to an International Centre for Settlement of Investment Disputes (ICSID) arbitration, an ad hoc arbitral tribunal established under the UN Commission on International Trade Law (UNCITRAL), or to proceedings under the rules of the Arbitration Institute of the Stockholm Chamber of Commerce.

How is arbitration treated by domestic Portuguese law?

Portugal’s Arbitration Law clearly follows the standard established by the UNCITRAL Model Law, which means that it is in line with international standards. Portuguese courts have an arbitration-friendly approach, and have consistently supported the autonomy of arbitral tribunals, upholding the jurisdiction of arbitration tribunals and annulling arbitration awards only in exceptional cases.

The Portuguese Public Procurement Code expressly sets out that arbitration clauses may be inserted in public procurement contracts. Over the last decades, there has been a significant number of arbitrations involving public entities. As a result, Portuguese arbitration practitioners and arbitrators have gained a high level of expertise in dealing with public law disputes, among which energy disputes stand out as a breeding ground for international arbitration.