The deal makes PNC the fifth-largest bank in the US. 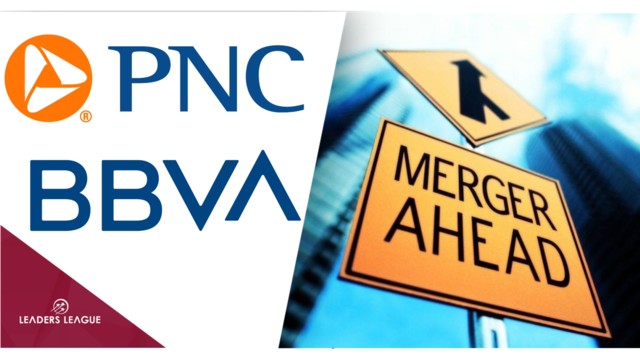 In the largest financial sector merger this year, Pittsburgh-headquartered bank PNC has acquired the American arm of Spanish bank BBVA for $11.6 billion.

The deal will give PNC over half a trillion dollars in assets; in the US, only JPMorgan Chase, Bank of America, Wells Fargo and Citigroup will be larger. With over $100 billion in assets, BBVA’s American arm operates over 630 branches in Alabama, Florida, Arizona, California, Colorado, New Mexico and Texas; PNC has so far lacked presence in all these states except the first two. The merged bank will have over 2,800 branches across more than 25 states.

BBVA will benefit from PNC’s more sophisticated technology platform and higher number of decision-making bankers; PNC, meanwhile, will become even more of a national franchise, stretching far into the west. The deal brings PNC closer to its CEO William Demchak’s dream of the bank having $700 billion in assets.

PNC hopes that cost savings of $900 million will offset the merger cost of $980 million. Consolidation has not been a hallmark of the sector this year, but it has been a developing trend in recent years generally – the most headline-grabbing development has been BB&T and SunTrust’s $66 billion merger in 2019 – and will likely continue, not least due to coronavirus-induced chaos.

Demchak pointed out that the deal is being funded by its sale in May of its $17 billion stake in BlackRock. This is hardly the first ambitious acquisition by PNC: it bought RBC’s US arm in 2012 for $3.6 billion, and has bought various struggling banks over the years, such as National City for $5.6 billion amid the 2008 financial crisis. BBVA is struggling too: its return on assets last year was 0.66%, around half of PNC’s, and fees make up less than 15% of its commercial revenue – a figure PNC plans to boost to 50% within a few years.

“BBVA just doesn't have fee-based products to sell to their corporate client base,” said Demchak, who spoke of BBVA’s “fractured delivery system… of products and services”. The merger, plans Demchak, will “bring clarity to that”.

“They're a firm that plays in the same space as we do but a little bit higher-risk appetite than we would otherwise have,” said Robert Reilly, PNC’s chief financial officer. “We will de-risk some of that portfolio over time.”