Paula Costa e Silva: “The conduct of parties involved in arbitration remains on the agenda.” 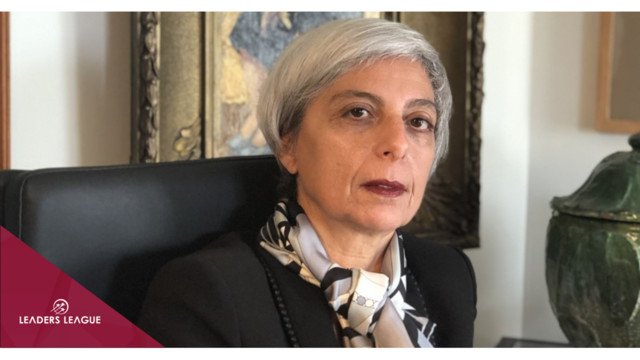 LL: What are some recent regulatory instruments that have been approved regulating international commercial arbitration?

The latter will have a very interesting impact on how proceedings are managed. The new rules have the enormous added value of only allocating to the procedure the resources necessary for the decisions that are relevant.

The last ICC meeting, held in late 2021, demonstrated the need to make arbitration proceedings more expeditious in view of their increasing complexity. The lack of authoritative powers of the arbitral tribunal and the specter of annulments in the face of alleged breaches of due process have made things difficult for decision-makers. But the recent proposals show a firm intention to remove many of the impediments to speedy adjudication.

What are some issues that have arisen in arbitration ethics recently?

Issues relating to the conduct of parties involved in arbitration remain on the agenda. Decisions that have had a high economic impact have been overturned on the grounds of improper court constitution, followed by civil liability suits against arbitrators. The grounds most frequently invoked are breach of the duty of disclosure. In this context, there is a conflict that cannot be ignored. In a typical case, the party that loses the decision applies for an annulment of the decision on the grounds of irregular constitution of the tribunal. Even though the circumstances determining the breach by the arbitrator were present from the start of the proceedings, the party claims to have only become aware of them at their conclusion. Whether this type of behavior can be considered to be in good faith, the consequences of such a breach, and whether an arbitrator’s conduct during the proceedings demonstrates their lack of impartiality, have yet to be determined.

Another topic gaining importance is the lack of independence of experts, specifically those who testify on the amounts of damages and whose opinions are the basis of the award. The question of whether the awards in these cases should be annulled remains open, even if the expert’s opinion is technically sound.

What trends are you seeing in third-party funding of arbitration cases?

The status of third-party funders remains to be established. There seems to be a consensus on two points: the existence of funding must be disclosed in order to avoid hidden conflicts of interest and practices which give third-party funders the power to interfere in the exercise of procedural powers by the funded party should not be admissible.

Other points have yet to be agreed upon. This is the case with the possible binding of the third party to certain effects of the decision (e.g., procedural costs) or rules regarding the adequacy of the financier's remuneration.

Another issue that requires attention is the admissibility of arbitration to protect homogenous individual interests, which are of significant importance in protecting consumers from damages caused by anti-competitive behavior or failure to adhere to rules regulating the behavior of participants in financial instrument markets.

Both of these issues are affected by the issue of the admissibility of financing arbitration proceedings by third parties to protect homogenous individual interests. Although there are no obstacles that are specific to arbitration that have been identified, the issue has nonetheless attracted significant attention, particularly with regard to regulations being drafted to protect investors.

How did arbitration institutions react to the travel restrictions imposed by the pandemic?

The pandemic made traveling to hearings difficult or impossible. Most arbitration institutions reacted quickly, with remote hearings becoming common by March-April 2020. National courts supported the idea that remote hearings were valid early on, undercutting arguments that such hearings must be subject to the agreement of both parties involved.

On 30 June 2021, the European Commission for the Efficiency of Justice approved a set of guidelines on videoconferencing in judicial proceedings.

What are some of the most significant challenges facing the arbitration world?

In addition to concerns about the jurisdiction of arbitration courts to hear arguments about the existence of corruption in contract negotiations or the violation of fundamental rights during their execution, investment arbitration has also been put to the test, especially in Europe. In addition to the excessive time taken to issue rulings, the lack of transparency in proceedings, the problems created by interventions by third parties such as amicus curiae, the lack of predictability of rulings, and the absence of standardized jurisprudence, the consequences imposed by the European Commission for complying with arbitration awards related to investments made under intra-EU bilateral investment treaties (BITs) have eroded the effectiveness of these rulings: the losing party is torn between their duty to pay the compensation awarded by the proceedings and the EU’s stance that paying such compensation is equivalent to unlawful state aid.

One possible solution, which would consist of replacing ICSID arbitration with an international tribunal dedicated solely to investment issues, faces an obstacle that will not be easy to overcome. Despite the potential benefits from such a tribunal, creating one would require international agreements acknowledging its jurisdiction. Building consensus at the global level is not an easy task. As a result of this and other substantive problems arising from intra-EU BITs regardless of the forum, it may be more feasible to improve existing mechanisms instead of establishing a new international court.

Is mediation becoming a more common method for resolving disputes?

The use of mediation increased substantially from 2019 to 2021. This is a positive trend as it indicates disputes are being resolved by the parties themselves without requiring arbitration. At a time when contracts have been subjected to significant disruptions by the pandemic, the fact that parties have managed to reach agreements is an indicator that, regardless of their access to justice systems, most conflicts will be resolved by the parties themselves.