A former lawyer, Patrik Ducrey has been director of the Competition Commission of Switzerland (COMCO) secretariat since 1 August 2018. Meeting with this expert in competition law. 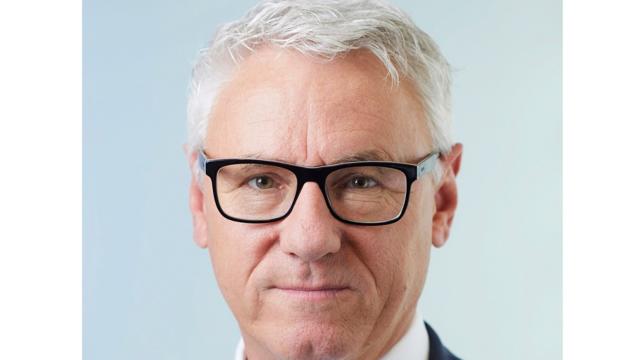 Leaders League. How are the members of the Commission nominated? And what are their professional backgrounds?

Patrik Ducrey. COMCO comprises 13 members who are elected by the Federal Council. Vacant positions are announced in public. The Cartel Act states that the majority of the members of COMCO are independent experts - usually professors of law or economics. Representatives of business associations and consumer organizations take the other seats. They are proposed by their association or organization.

What would you say are the most important factors COMCO must take into account when determining fines to impose for competition law infringements?

Based on the ordinance on sanctions imposed for unlawful restraints of competition the most important factors for the imposition of sanctions are the duration and the seriousness of the unlawful conduct. On the one hand, COMCO pays particular attention to the need to ensure that fines have a sufficient deterrent effect. Depending on the seriousness and nature of the infringement, the basic sanction amounts to a maximum of 10 per cent of the turnover of the party concerned in the relevant markets in Switzerland during the preceding three financial years. On the other hand, in determining the sanction, the principle of proportionality is observed. Thus, the COMCO for instance takes into account an inability to pay. Within the leniency program, COMCO may grant complete immunity from sanction if the party in question reports its own participation in a restraint of competition or reduce the sanction if it voluntarily cooperates in proceedings and if terminates its participation in the infringement. Furthermore, COMCO may reduce the sanction if the undertaking cooperates within an amicable settlement.

Can the decisions taken by the Commission be appealed?

Yes, they are subject to an appeal. In cases where it is decided that competition is being affected in an unlawful way through concerted practices, the abuse of a dominant position or a merger, COMCO issues a ruling directly against the initiator. Decisions are subject to an appeal at the Federal Administrative Court. Its decision in turn may be appealed to the Federal Supreme Court.

Switzerland is not part of the European Union. How do you view the EU's competition law and policy from the outside?

As a competition authority in a small country surrounded by EU member states, we closely monitor developments in EU competition law and policy. EU legislation and case-law is our primary source of inspiration and orientation. Our aim is that our decisions are in line with EU competition law and policy. The competition enforcement systems of the EU and of Switzerland are based on the same principles and provide for similar rules (exception: merger control). That was an important argument for the conclusion of the agreement between the EU and Switzerland concerning cooperation in the application of their competition laws. This agreement includes the exchange of information and in particular the transmission of information obtained in the course of investigative processes.

Regarding the Swiss merger control proceedings, we consider the introduction of the SIEC-test to be wise and necessary. This test would allow the COMCO to better assess the negative and positive effects of any merger. According to the current legal basis, COMCO may only prohibit a concentration or authorize it subject to conditions and obligations if the investigation indicates that the concentration creates or strengthens a dominant position liable to eliminate effective competition. In practice, this is rarely the case. Regarding the organization of COMCO, a task force charged with the evaluation of the Swiss Cartel Act identified certain issues regarding size and professionalism. According to the synthesis report of the evaluation of December 2008, it is for instance questionable whether the militia system is reasonable (see answer to question 1). A possible solution might be to downsize COMCO and to appoint only full-time members. However, this is controversial.