Patrick Gilly: “Strategy is really about execution, and execution is all about people”

Currently Global Spearhead Director of Energy Field Development at engineering consultancy Ramboll, Patrick Gilly walks us through the energy transition from his unique point of view. 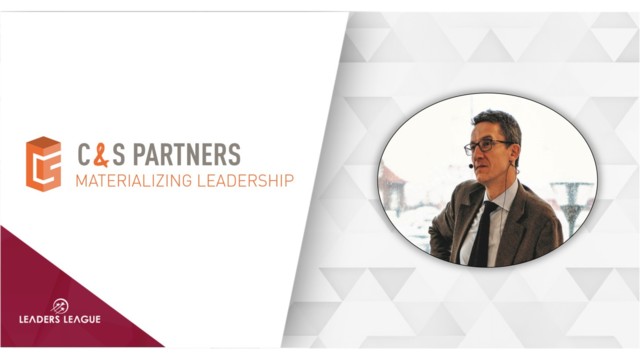 Leaders League: You’ve worked at a lot of different energy companies and consultancies, though you don’t spend very long at each one. What makes you move on so quickly?

Patrick Gilly: I worked at Total for 16 years, then moved to Maersk Oil – which ended up being acquired by Total anyway! Then I decided it was time to try something else, influenced by the evolution of the energy sector. I worked as an independent and joined C&S Partners. That experience taught me that I can have a great impact in leading large transformation efforts, mobilizing teams in complex environments – including different business models compared to when I was on the operator side.

Wanting to leverage the capacity and capabilities of large organizations, I also thought Ramboll was a fantastic opportunity. Typically and with C&S Partners, I could leverage my executive experience in energy transition contexts and across a variety of cultures. This is probably why C&S Partners proposed that I stay as an advisor and even a mentor, which I was delighted to accept.

What attracted you to C&S Partners, and what did you accomplish during your time there?

Its values, the quality of the people, the start-up dynamic that nonetheless aggregated a lot of experience and knowledge. It’s a very senior, experienced group of people. I wanted to be part of a team; I’m not a lone wolf. I don’t think I contributed a lot directly, but of all the partners there, I was the one who’d spent most of his career on the operator side. So I tried to provide the operatorship viewpoint to other partners and some of C&S Partners’s clients.

My current role is to lead what used to be the teams involved in oil and gas, gas infrastructure and offshore substations. We’re trying to deploy these capabilities on new energies such as hydrogen, and on decarbonization.

On 1 January 2022, I will direct the new “Energy Transition” division, which will include all of the above but also hydrogen, power-to-X, CO2 transport, gas storage, bioenergy and power generation. The objectives are to capitalize on Ramboll’s existing capabilities and realize synergies across those market segments. We want to develop a full range of offerings in green gas, including the related gas infrastructure. By this I mean natural gas, which is critical to the energy transition, but also biogas, hydrogen and CO2. These are not all “green gases” but are critical if we want to reduce the footprint of our energy systems.

Ramboll is global, though anchored strongly in Denmark. From January, we’ll have more than 500 people dedicated to the energy transition across Denmark, Norway, the UK, Poland and India.

You have been based around Brussels and Copenhagen. How would you characterize the Nordics’ energy transition, as compared to elsewhere in Europe and the world?

Very ambitious and very aligned. All parts of society seem aligned along the same lines. Denmark, Sweden and Norway seem slightly different, with different starting points and resources, but you can clearly see a very positive alignment on energy from public and private sectors, from regulatory and finance angles.

Elsewhere in Europe, the major plans – e.g. around hydrogen – create a lot of interest and incentives to work in those spheres, and to capture funds for projects and technology, but there is a gap in terms of having public and private entities working together.

Also, the Nordics are clearly seeing themselves as future exporters of green energy, while the more southern countries will probably try to find a way to meet their own green energy demand, partly from elsewhere, rather than creating surplus. Germany, for example, has declared that it wants to import hydrogen. There are also questions about nuclear energy being “green”. Hydrogen derived from nuclear power is often referred to as “pink” hydrogen, and Germany is reluctant to import such energy from France for this reason.

You make it your mission to transform operations at scale. What are the most common challenges you face in this mission, and how do you overcome them?

The ability to reach out to all parts of the organization. Not necessarily all layers, down to the frontline, but all business functions, including those that aren’t at the core of the company’s activity. To reach everyone, and unite them in the realization that they all have a shared purpose, is a challenge. Often people forget why they work for the same company or are in the same building. I’m trying to connect everyone to these bigger goals that we want to achieve as a company. Sometimes you must use slightly different words or spins on things to connect to different individuals and teams. But it’s about connecting the dots. That’s the only way. C&S Partners likes to say, “Strategy is about execution, and execution is all about people”. You have to start with the end goal in mind. If the people are not on board, you cannot execute your strategy.

I also often like to bring in things slightly outside of my industry, and tap into other industries or fields, as diverse as human psychology, marketing and sports. I try to bring elements that people aren’t always considering when they’re thinking about their company and its objectives.

I try to be like a sponge, to absorb how people feel about the organization, what we do and how we work together. Then I put myself at the disposal of the organization, not the other way around. I’m here to eliminate every barrier or mental excuse that stands in the way of not working better together. Everyone needs to know exactly what the common goal is.

The energy transition is being talked about all the time. What are some of the things transition leaders aren’t saying enough, or thinking enough about?

My concern about the transition is that on one side, you must be ambitious: time is of the essence, we’ve lost enough of it. But you can’t fool yourself or your clients about the time it will take to build the infrastructure we need. What we enjoy today in terms of energy infrastructure around the world took around 70 years to build. And we want the equivalent in 20-30 years? Realizing that we cannot walk away so easily from what now exists, but not using that as an excuse to not move fast into what doesn’t yet exist – that’s important.

Transition means that we are not going to move from 0 to 100 immediately, but through steps. It’s not going to happen overnight. Fossil fuels are ill reputed, but we need to acknowledge that these fuels will be around for a period of time. Sustainability has been one of Ramboll’s missions since its creation in 1945. It means we work at helping societies and clients make a step in the right direction, whatever their starting point. If we help close a coal plant somewhere and switch to a gas plant, that’s a step in the right direction. Today, if you are relying on gas and can move to renewables, make that step. Not everyone is starting from the same point, and we can’t expect everyone to do the same immediately, but we can challenge them to be ambitious.

In this part of Europe in particular, we enjoy a high share of renewable energy. We have a lot of green energy. We are frontrunners, the ones pushing through the learning curve and cutting costs so that those who cannot afford those technologies today will be able to tomorrow. It means we must accept paying a green premium, not least because we can afford it.

First and foremost, Ramboll is an independent company, privately owned by a foundation whereby all profits are reinvested in the company; we are not steered by investor interests. Energy is only one part of what we do. We are strong in many markets: buildings, transport, environment and health, water, architecture and landscape, and management consulting. So clearly, Ramboll’s mission has long been about making cities and societies more sustainable. To do that, we mobilize engineers, architects and consultants to deliver integrated, sustainable solutions to our public and private clients. Energy is becoming more and more central to societal challenges, but it’s only one part of our vision.

We’ve designed more than 50% of the foundations of the windfarms of the world. Similarly, we are a leader in the engineering of offshore substations, a critical element of windfarms. We’re also present in biomass, energy from waste, and currently in Denmark we’re working on several projects that aim to reach 1GW in terms of hydrogen production or conversion. This is large-scale for a country like Denmark, and these projects will help Denmark become an exporter of green energy.

Working with our buildings and transport colleagues – when design-engineering the construction of an artificial energy island in the North Sea, for example – is crucial. We advise our clients not just on the power that can be connected and converted on such an island, but on energy storage, the possibility of data centers, the size and layout of the harbor, the recreational areas, and other elements that could form part of such an island. When we do cross-border pipelines such as the Baltic Pipe project, which will transport natural gas from the North Sea to Poland via Denmark, we can do the environmental permitting, the onshore part, the offshore part. It’s a huge benefit to be an engineering company present in so many markets, all connected to the fundamental needs of society.