Director of the Center for Tax Policy and Administration at the OECD since 2011, Pascal Saint-Amans is the architect of the ambitious BEPS project. He talks about its achievements and the future fiscal policies. 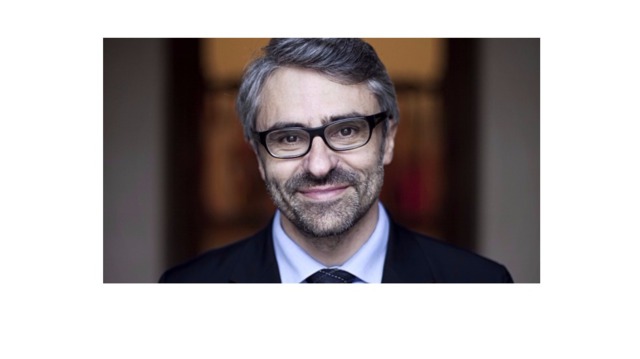 Pascal Saint-Amans, director of the center for tax policy and administration at the OECD

Leaders League. A few years ago, a project like BEPS seemed impossible, however, today it is a reality. How have you pulled this off?

Pascal Saint-Amans. For a long time, the role of the OECD was limited to providing principles on the interpretation of certain rules and to updating the model of the tax convention. Cooperation was limited, roughly speaking, to avoid double taxation for the companies. When I took up the position in 2011 the existing rules did not function very well and the tax havens thrived. The countries were sovereign fiscally and not willing to cooperate. Project BEPS – Base Erosion and Profit Shifting – grew out of a fiscal and debt crisis and multinational companies were paying very low taxes: to act was a political necessity. We started to consider the idea of such a project in 2012, then obtained a mandate from the G20 in 2013. The Starbucks affair in the UK  (Reuters revealed that the company had never paid corporation tax in fifteen years) was probably the catalyst.

What is the objective of BEPS?

As its name indicates, the project fights against the erosion of the taxable amounts and against the transfer of profits. The idea is thus to revise the existing tax instruments and to create new ones to end aggressive tax optimization by the multinational companies. We have developed fifteen measures in order to force companies to realigne the location of their profits with that of their activity. There is room for debate on the place of value creation– should an iPhone or a Louis Vuitton bag be taxed on their place of production or place of sale? However, there can be no tax heavens any more. At the time of the last G20 summit in China in September, we presented the “inclusive framework” for the implementation of the BEPS measures. Eighty-six countries committed themselves to applying BEPS, to monitoring its application and to continuing to enrich it and develop international tax standards.

What difficulties are associated with introducing such projects?

Getting the countries to agree to a common agreement and, especially, giving them the legal tools to implement these standards is the most difficult. Everything we do is the product of a consensus: we present a project which will then be negotiated within the committees composed of representatives of the concerning countries. Thirty-five countries are currently members of OECD, but we regularly obtain mandates from the G20 to carry out new projects, as was the case for BEPS, which enables us to carry more political weight and thus to mobilize more countries. For example, Global Forum on Transparency and Exchange of Information for Tax Purposes gathers 137 members to discuss the issue. It is essential to include a maximum number of countries in the discussion and in particular the developing countries.

The tax on the digital companies is a sizeable challenge for the governments. What does BEPS do in this regard?

Digital companies are, by definition recent: they exist in a world where the chains of values are based on intangible assets. We have established standards to cope with certain issues like the place of the VAT collection in the sector of the e-commerce. But we should pay attention to not treat the digital economy but the digitalization of the economy, which concerns even the most traditional companies. Our tax system is still based on the concept of the stable business, dating from the 1920s. Perhaps the system is not totally adequate anymore, but we should not therefore rush to set up new rules. It’s a moving and complex subject, on which it is difficult to reach a consensus. What is certain is that BEPS is for the benefit of all: not to establish international rules which would largely complicate the situation in a multipolar world. BEPS is the first step towards tax convergence on a world level. Corporate tax rate will certainly converge downwards, while the taxable amounts will converge upwards.

The CBCR – country by country reporting – set out in BEPS worries certain companies, due to its public aspect. Are they right to be concerned?

The objective of the CBCR is to promote a better cooperation among countries. The country by the country report will be revealed to the tax authority which will send it to other administrations. I understand the apprehension of companies who want to preserve business secret, in particular, the margins they achieve. For the moment, the question of confidentiality has not been solved, but what astonished me is that the all the countries agreed to reveal this information.

After BEPS, what are the future projects of the tax division of the OECD?

We will be busy with the application of BEPS standards, but also the measurement of its effectiveness and the behavioral change of the companies. We will also continue to work on the improvement of the fiscal policies and the legal security for the taxpayers. Now that we have set up the automatic exchange of data, we will work on the protection of the confidentiality of transmitted information.

Has the automatic exchange of the banking information already been applied?

On demand exchange of banking information among the countries has been applied since 2009. The automatic exchange was undertaken in Berlin in 2014, and the first countries will start to apply this measure in 2017, following the closing of 2016 accounts. In total, 103 countries are signatories, and about fifty of them are engaged in the application of 2017. We are currently building the pipeline which will allow an easy, fast and safe banking data exchange. To some extent, it is the multi-lateralization of the American standard adopted in 2010, the FACTA or Foreign Account Compliance Tax Act.

Which are the other initiatives of OECD in terms of tax?

We have set up the Forum on Tax Administration, which brings together every eighteen months the Commissioners of about fifty countries. The objective is to bring up the issues they come across in the practice, but also discuss trends in terms of usages. The Oslo Dialogue brings together the institutions which combat money laundering, in order to facilitate cooperation between various agencies and to organize the exchange of information between tax experts and other actors. We also engage closely developing countries through specific actions. For example, in 2015 we launched the initiative “Tax Inspectors Without Borders.” Intended for the tax authorities which control multinational companies, it can deploy during a few months a tax inspector familiar with certain topics (in particular transfer pricing), specific sectors of activity or practices of anti-tax evasion. The inspector will stay on the spot and carry out audits with the local team.