While onboarding has long since been embraced by management, until recently the same attention has not been paid to handling the departure phase of a worker’s life at a company. This is starting to change. 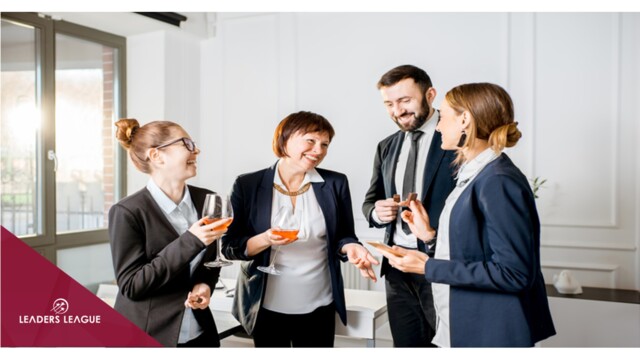 In France, only 30% of companies had a step-by-step offboarding programme in place prior to the pandemic (according to a 2018 study by French business daily, Les Echos), with the majority of firms allocating little time or effort to this sensitive period in the professional life of a worker.

And yet, accompanying an outgoing staff-member should not be seen as an undeserved favor to someone who has spurned the company, but rather as a healthy process that benefits not just the worker, but the colleagues they are leaving behind and, indeed, the reputation of the company itself.

According to a 2019 survey by recruitment agency Hays, 78% of workers thought that an official announcement of a departing colleague in advance of their leaving was crucial step in the offboarding process. The same goes for the reallocation of the exiting staff member's responsibilities and associated adjustments in procedure, since 83% considered this a key aspect.

Employer-brand management
A staff-member left with a bad taste in their mouth when they quit their job will likely vent their frustrations on social media, thus staining the reputation of a company, even if the company chooses to bite back as, in the game of he said/she said in the world of work, potential recruits are three times more likely (according to LinkedIn) to trust the word of a worker than that of an employer when seeking to find out what really goes on at a company they are considering applying to.

Offboarding benefits not just the worker, but the colleagues they are leaving behind and, indeed, the reputation of the company itself

In the digital era, this type of bad review posted online, therefore, can have a serious impact on a firm’s ability to attract the best Millennial and Gen Z talent, since these demographics are far more demanding, when it comes to quality of life at work considerations. It is something companies should do their best to avoid.

According to a 2021 Apec study, 69% of full-time staff under the age of 35 would not hesitate to switch to another company, while an Indeed survey carried out in 2019 found that 68% of job-seekers paid close attention to the reputation the companies they were considering applying to.

Boomerang effect
Previously viewed as something of an anomaly, these days, occurrences of ex-staff returning to their former place of work have become commonplace. According to job site Welcome to the Jungle, 85% of HR departments have received CVs from former employees of the company. The study also found that, 50% of ex-employees seeking a job at one of their previous companies were hired. And the trend is only likely to grow in the coming years.

Many staff leave not because they have a problem with the company, but because of a desire to test themselves elsewhere. They can often come to the conclusion that, having seen how things work in other companies, actually, their previous place of employment matches their values and expectations after all.

These types of candidates can be a human-capital windfall for a company, and their importance should not be undervalued since, on top of having gained new skills and perspectives since leaving, they are perfectly au fait with the culture and processes of your company, and thus will take much less time to get up to speed than a new recruit.

Of course, none of this will matter if an ‘ex’ leaves on bad terms, as they are highly unlikely to want to work at your company ever again. Another good reason why companies should put in place a comprehensive - and humane - offboarding process.