If this news has your heart racing, Novartis will have you covered. 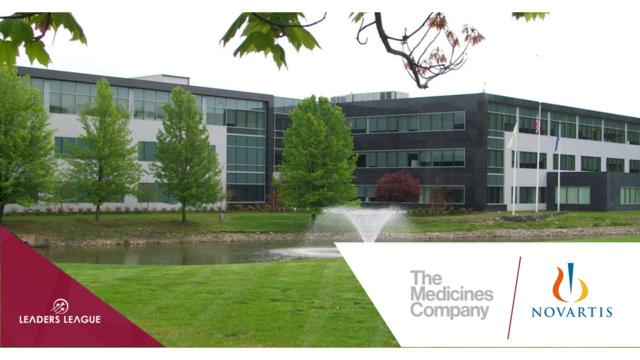 US outfit The Medicines Company has been valued by Swiss pharmaceuticals giant Novartis at $9.7 billion – largely, it seems, on the basis of one drug.

Despite its fairly generic name, The Medicines Company reserves all its energies for one cause: combatting atherosclerotic cardiovascular disease. And the drug for which Novartis will be buying it hasn’t even hit the market yet. That drug is Inclisiran, a drug to treat familial hypercholesterolemia (a hereditary high-cholesterol disorder), which has recently passed through a series of Phase 3 clinical studies.

The low-density lipoprotein (LDL) cholesterol the drug aims to combat increases one’s likelihood of heart disease, strokes and vascular disease (including in childhood). Such drugs have been popular in the past: in 2013, Lipitor – a cholesterol-lowering statin – was listed by Forbes as the bestselling drug since 1996. And one clinical trial of Inclisiran with 1,561 patients yielded positive results, with notable reductions in LDL levels. The new drug is, biologically speaking, more comprehensive than its statin predecessors: it inhibits the production of the protein PCSK9, which binds to the LDL but self-destructs when it enters the liver. New drugs in 2015 – Praulent and Repatha – had less far-reaching solutions, comprising antibodies that inhibited the activity of PCSK9 rather than preventing its production altogether. Another plus is that Inclisiran is to be taken every six months rather than every few weeks.

So the drug is an innovation – and will likely be very profitable. Cardiovascular disease is the world’s number-one human-killer, and sales of drugs that combat it are expected to exceed $64 billion in five years’ time. And yet, interest (and therefore investment) in this field of pharmaceuticals has fluctuated over time, with oncology and orphan diseases now seeing significant cashflow.

Interestingly, The Medicines Company geared itself exclusively towards heart disease as a result of shareholder activist Alex Denner, who gained control of the board in March 2018 and has been focusing the company’s efforts on Inclisiran since then. Meanwhile, the acquisition is something of a gamble for Novartis, whose net debt to EBITDA ratio will be pushed to 2. Ten years ago, the Swiss behemoth acquired eyecare group Alcon for almost $52 billion; a recent report by Lex suggested that it had cost shareholders $10bn. Investors will be hoping that this will not be a repeat performance, especially given that Inclisiran already faces competitor drugs (albeit apparently less efficacious ones).

In 2018, Novartis bought Advanced Accelerator Applications, gene therapy biotech companies AveXis and CELLforCURE, and Endocyte, a pharma firm specialising in drug conjugations (drugs that work by combining with other molecules in the body). 2019 has been a quiet year for Novartis’s acquisitions team by comparison, even if the sheer sum paid for The Medicines Company outstrips any of last year’s individual purchases (AveXis was bought for $8.7 billion). Time will tell if Novartis’s investment pays off.