Chilean plant-based food company NotCo has closed its Series D round of financing for $235 million, giving the startup a valuation of $1.5 billion, becoming the country’s latest ‘unicorn’ five years after its founding. 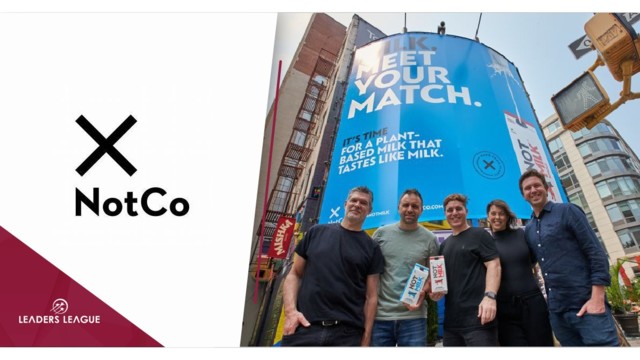 The financing round was carried out together with US investment firm Tiger Global, which focuses on accompanying public and private companies in the global Internet, software, consumer and payment industries.

The financing round also saw the participation of Germany’s DFJ Growth Fund, and tennis star Roger Federer, who executed his investment through TEAM8, as well as Formula 1 champion Lewis Hamilton and musician and founder of the band The Roots, DJ Questlove.

Round D comes just a month after a substantial investment from Enlightened Hospitality Investments, where Shake Shack founder and QSR pioneer Danny Meyer is a partner; and nine months after an $85 million Series C funding, co-led by Future Positive and L Catterton.

NotCo has now raised $330 million to date, and the Series D funding will bolster its expansion into new categories in North America, enable it to scale its technology and accelerate its expansion plans into Europe and Asia.

NotCo's CEO and co-founder, Matias Muchnick, said this new investment demonstrates the credibility of the brand, which uses artificial intelligence through the Giuseppe algorithm.

NotCo's potential to "reinvent the food industry is unparalleled", and the use of its technology to develop plant-based foods is something that cannot be ignored as it is changing the industry, according to Scott Shleifer, a partner at Tiger Global.

"NotCo's growth has given the company a global profile, and we are excited to see the leaps and bounds it will surely make in all food categories," Shleifer said.