Nine of Spain's ten biggest law firms by revenue increased their domestic billing in the last year, according to new data. 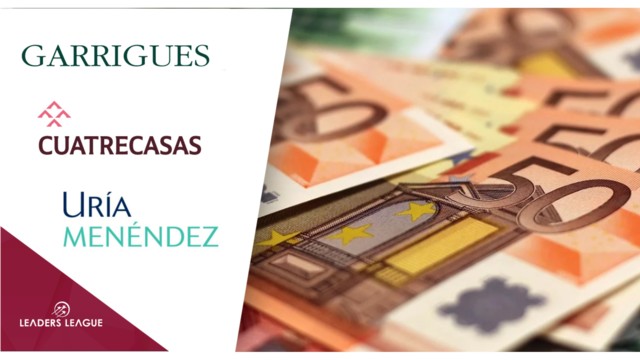 Garrigues, Spain’s largest law firm by revenue, increased its Spanish billing by 3.7 per cent to €328.8 million in 2019, while, domestic revenue at Cuatrecasas, Spain’s second biggest firm, jumped 12.1 per cent to €276.8 million.

Though many Spanish firms have foreign offices, all the figures apply solely to revenue generated in Spain.

KPMG Abogados is the seventh biggest law firm in Spain by revenue – in 2019, its billing increased 8 per cent to 110.8 million.

ETL Global is now the eighth biggest legal services firm in Spain by revenue, according to the data. In 2019, ETL Global’s billing grew a massive 33 per cent to €80.5 million.

Other notable performers included twelfth-placed Pérez-Llorca, which saw its revenue increase nearly 19 per cent to €64 million in 2019. Meanwhile, Gómez-Acebo & Pombo, in thirteenth position, increased its Spanish revenue by 12.7 per cent to €62 million.