Created in 1997, the video-on-demand platform now has more than 200 million subscribers in over 190 countries. 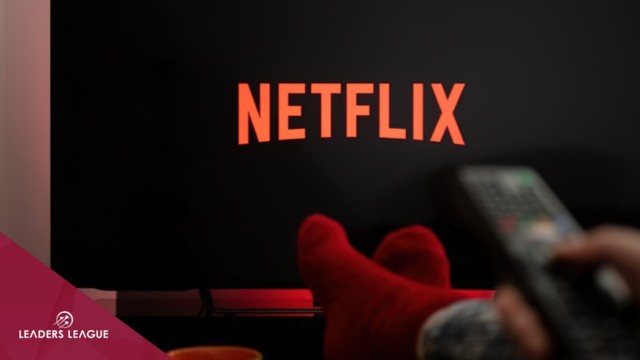 Did you know that Netflix is responsible for 15% of the world's internet traffic? Its success is down to its dynamic entrepreneur boss, Reed Hastings.

Lupin, an original Netflix series, was released in early January - and it didn't take long for it to find a faithful following. The drama, starring Omar Sy, went straight to the top of the list of most-watched content not only in France and Europe but above all in the United States, where it became the first French production to enter the top 10 the land of Uncle Sam. The result: 70 million views in just a few days. It must be said that it has all the right ingredients: top stars, a story inspired by a famous hero, scenes in the sumptuous setting of the Louvre and a well-oiled marketing machine. Omar Sy himself went into the Paris metro - incognito – to plaster posters advertising the series in which he plays the lead. And the French actor also had fun hiding the release date of upcoming episodes in his Twitter banner.

Lupin embodies what Netflix is so good at. But before becoming a huge hit-factory with more than 200 million paying subscribers and $25 billion in revenue, the platform went through several stages, never resting on its laurels and constantly reinventing itself - even when that meant challenging established industry norms, or even disrupting itself.

The DVD revolution
It all began in 1997. Reed Hastings, an artificial intelligence graduate, had just sold his technology company, Pure Software, for $75 million. With the help of a developer, Marc Randolph (who would leave the company in 2004), he launched a home delivery DVD rental site. Legend has it that the idea came about during a conversation in the car between the two men when Reed Hastings had just paid late penalties to a video store. Although this anecdote has all the ingredients of a great Netflix drama, the concept was especially interesting at a time when DVDs were in the process of killing off VHS tapes and there was still a lot to be done in the new world of e-commerce.

The service quickly evolved. The company started offering subscriptions. For $20 a month, customers could hire any DVD and return it whenever they wanted. This flexibility, a real plus for customers, enabled Netflix to build customer loyalty, while at the same time tracking their behaviour, their relationship to their consumption and their data. The strategy quickly bore fruit: in the space of five years, the service grew from 300,000 to 4.2 million subscribers. In 2002, the company went public. Its Nasdaq listing raised $82 million.

Unlimited streaming
Although the monthly package was very attractive (in 2005, one million DVDs were sent out every day), Reed Hastings had no intention of stopping there. At first, he thought of marketing a box in the United States but, intrigued by the growing success of YouTube, he finally turned to an unlimited streaming service, without advertising or any strings attached. It was the beginning of Netflix as we know it.

But Rome wasn't built in a day. While the movie industry was struggling with escalating piracy of its works, it was not at all happy with this move to subscription video-on-demand. It took Netflix more than a year to convince the pay-TV channel Starz to make its entire catalogue available. Estimated cost of this victory: $30 million per year. Taking risks pays off. At the end of 2009, Netflix passed the 12 million subscriber mark. Despite still being somewhat suspicious of the platform, the studios began to open their doors. They saw a number of advantages: they could recycle their old films and series and generate interest in their future productions.

And Reed Hastings’ first big mistake? It was in 2011, when on the strength of the success of its SVoD site and anticipating a downturn in DVDs, the Group asked its subscribers - who until then had benefited from both services - to choose between the two or pay more. The reaction was swift: in a single quarter, Netflix lost 810,000 subscribers and its share price dropped by a factor of three in the space of a few months.

"A paradigm shift is taking place in cinema, one which could soon see Silicon Valley eclipse Hollywood altogether"

While recovering from the setback, the Group continued to expand internationally. An expansion that began in 2010 in Canada, before moving into South America, the Caribbean, English-speaking and northern Europe, and then Western Europe and Japan. Today Netflix operates worldwide, except in China where, in order to benefit from a presence in the Middle Kingdom, the Group nevertheless authorizes the online video publishing site iQiyi to broadcast some of its exclusive content.

Content production
Reed Hastings was not satisfied with international growth alone. He then began tackling the production of content, competing directly with Hollywood from the heights of Silicon Valley. His first attempt, a series broadcast in 2013 that needs no introduction, was House of Cards. The series features two top-drawer actors, Kevin Spacey and Robin Wright, in a story combining power, love, betrayal and suspense. And House of Cards was no fluke. Since then several shows, such as Stranger Things, The Crown and The Witcher have become water-cooler TV.

In order to hook its subscribers even more, Netflix has created the conditions that arouse their desire for binge-watching - watching episodes of series without a break. Everything is done to facilitate this way of consuming entertainment. The platform drops an entire season online at once rather than releasing a new episode weekly. It is also possible to skip the summaries as well as the opening and closing credits and thus to watch the contents without interruption.

In 2021, according to data from Dutch investment bank Bankr, Netflix plans to invest $19.3 billion in exclusive productions. That compares with $4.9 billion in 2015 and $17.3 billion in 2020. "Original content is working and driving our growth," commented its CFO David Wells in 2018. Success has been achieved thanks to the above-mentioned shows and Hollywood production level movies like Roma and The Trial of the Chicago 7.

And success breeds success. This is how The Irishman, a huge $150 million production, considered one of the best films of 2019 and featuring Robert De Niro and Al Pacino together, was a success despite never being released in French cinemas and only seeing a limited release in the United States. And with the major Hollywood studios, afraid to take risks on big budget films that don’t feature superheros, Netflix, which was able to buy the rights and put this Martin Scorsese feature film online, scored a tremendous coup.

And in the era of Covid-19, when the world’s movie theaters are either shut, operating at a limited capacity or have gone out of business altogether, a paradigm shift is taking place in cinema, one which could soon see Silicon Valley eclipse Hollywood altogether.

Dream team
To keep this war machine running, Reed Hastings has put together a "dream team". The CEO spelled out his vision of corporate culture in a book entitled No Rules Rules published in 2020. The man is uncompromising when it comes to recruiting talent. He wants the best and therefore has no problem giving severance packages to employees who are merely "adequate". In return, Netflix employees enjoy a great deal of freedom: no policy on the number of days off or control of expense accounts, for example. This way of working, much less formal than in most companies, is a way of encouraging creativity but according to the founder, is not suitable for all industries.

The Group also goes against the GAFA grain when it comes to internal communication. Netflix plays the transparency card on all its projects and activities unlike, for example, Apple which only keeps a few people in the loop. For Reed Hastings, employees don't need to be monitored to act in the best interests of their company. Not imposing rules is a good thing for someone who owes his success to the fact that he has never followed any.