Davis Polk & Wardwell and Skadden led on the deal. 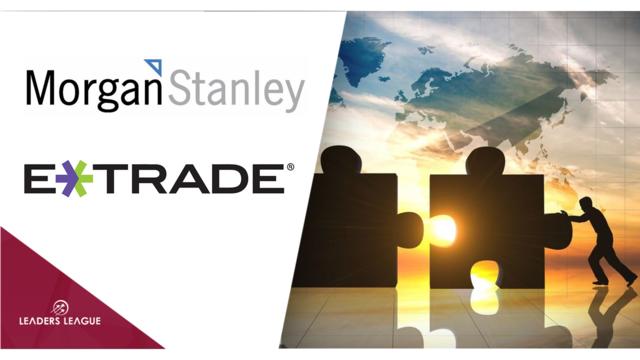 In the year’s largest wealth management deal so far, Morgan Stanley has agreed to acquire online trading company E*Trade for $13 billion – making it the bank’s largest takeover since the 2008 financial crisis.

The deal will bring Morgan Stanley over five million retail clients (and 4,000 corporate customers), $360 billion in assets, and an online bank, though E*Trade will retain its brand and its retail storefronts. But raw assets aren’t the only thing that will please the big bank. E*Trade, whose share price rose by almost 25% to $56 upon news of the takeover, makes impressive profit: even after instituting a zero-commission fee structure last year, its margins are 45%, compared to Morgan Stanley’s current wealth management margins of around 30%.

Morgan Stanley has claimed a desire to shift towards more “capital-light” business, and indeed, 57% of the bank’s pre-tax profits will come from asset and investment management post-takeover, compared to 51% in 2019. In the short term, the bank’s earnings per share are expected to fall, before seeing a net improvement in 2023. News of the acquisition caused Morgan Stanley’s share price to fall by 4%.

Though certainly a substantial deal, in terms of value it’s half the size of Charles Schwab’s $26 billion merger with TD Ameritrade three months ago. But both deals could well be the harbingers of an era of consolidation in the US wealth management market. There’s likely to be at least one more mega-bucks deal before Q3; will Davis Polk & Wardwell, which advised Morgan Stanley in this deal and Charles Schwab in the Ameritrade one, get another slice of the action? Watch this space.