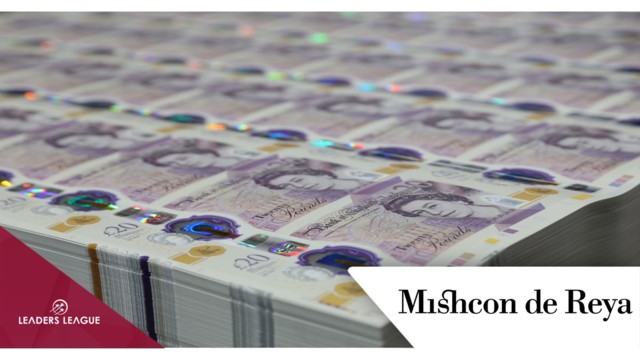 London-headquartered law firm Mishcon de Reya has postponed a planned initial public offering, the second time the firm has been forced to shelve such plans since rowing back on an IPO in 2020 following a partner revolt.

The IPO was shaping up to be the largest IPO by a British law firm, with Mishcon de Reya aiming for a valuation of £750m ($1.02 billion) on the London Stock Exchange while being able to raise capital more easily as a listed company and finance its expansion into Asia.

The law firm had been preparing to launch an investor roadshow in January to help persuade potential shareholders to back its flotation, but the process has been overshadowed after Mishcon de Reya was handed a hefty fine for breaches of money laundering rules.

The fine, totaling £232,500 ($316,234) and imposed by the Solicitors Regulation Authority in early January, was the second in recent months and was levied following a four-year investigation into the firm’s business, according to the Law Society Gazette.

The firm admitted failing to secure adequate due diligence on four related clients, and misplacing the evidence of diligence it had carried out. It also accepted that inadequate training was given to the partner in question to enable them to comply with anti-money laundering regulations, and that funds were improperly transferred from a client ledger to discharge fees and disbursements.

The authority ruled that the financial penalty should be 0.25% of the firm’s £155 million ($210.8 million) annual turnover, equating to £387,500 ($527,000), but which was reduced by 40% to take account of mitigating factors, such as its cooperation with the investigation and implementation of corrective measures.

Mishcon de Reya had been fined £25,000 ($34,000) in October by the Solicitors Disciplinary Tribunal for failing to prevent payments being made into and from a client account to pay third parties involved in football transfers.

The firm, which has offices in London and Singapore, and in Hong Kong in association with Karas LLP, had said in September that its partners had voted overwhelmingly in favor of the IPO, but in January announced that the flotation had been postponed, having talked to investors who had expressed concerns regarding the unfavorable state of the market.

The firm plans to go ahead with the IPO at a later date, however, pending market conditions.

If the IPO does take place, the firm would become the seventh British law firm to launch one – but if it does end up achieving its desired valuation, Mishcon would become the country’s highest valued law firm, with twice the value of rival public firm DWF, according to the Financial Times.

The first UK firm to go public was Gately, whose share value has doubled since its 2015 IPO, and which has allowed it to make several acquisitions. An IPO by Gordon Dadds followed, which has also made acquisitions since its listing, and by Keystone, which has seen its share price rise 300% over the past year.

The largest firm to launch an IPO so far was DWF in 2019, valuing it at £366 million ($498 million), but its share price has since fallen following a bumpy year in 2020 that included the ousting of its chief executive.

And while such a high valuation provides the resources for expansion or diversification, there are downsides to law firms going public, particularly from the partners’ point of view, and especially for a firm’s more junior lawyers.

A firm operating under the traditional partner-based model would share profits among the partners, whereas a public firm would be required to pay dividends to shareholders, which could narrow a partner’s profit share, with lawyers’ incomes potentially placed at the mercy of the stock market.

Junior partners may also see their ambition stymied, working towards a promotion to the position of partner but having to compete with a seat on the board of directors with shareholders whose vested interest is reflected in the size of their investment and not based on their merits as a lawyer.

And under the traditional, partner-managed structure, decisions such as new hires or opening new practices or offices are made following consensus among the partners, whereas a public law firm would be answerable to wider shareholders.

An ethical question also arises, of law firms being owned by non-lawyers, and conflicts of interest arising as a result.

But there are other advantages of going public, beyond a public firm’s ability to raise funds for its expansion, such as being able to diversify into other businesses, invest in software development and other innovations, and offering employees share options, which can enable a firm to incentivize staff and retain top talent.

A survey published in November by litigation funder Harbour found that nearly one-third of partners at firms with 50 or more lawyers are examining a stock exchange float within the next 18 months. Of those polled, 31% said they are actively considering an initial public offering, while 44% said an IPO was under consideration. We are likely to see several more law firm IPOs in the years to come.