Meritxell Roca Ortega: “Pavia e Ansaldo has deep-rooted knowledge of the cultures of both the Italian and Spanish markets”

Meritxell Roca Ortega heads the Barcelona office of Pavia e Ansaldo. She spoke to Leaders League about starting a Spanish Desk for the independent Italian firm, which became a full office in 2016, and established its presence in the cross-border M&A market in Iberia. 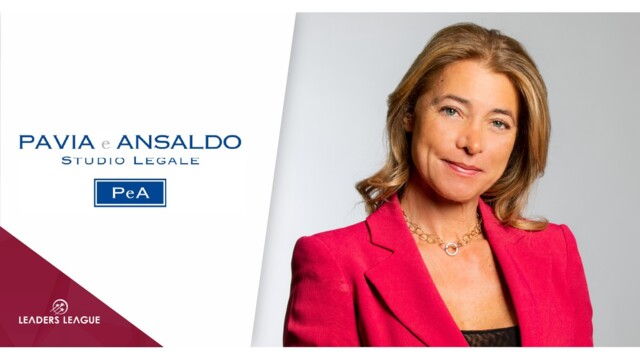 Leaders League: What are the advantages for an Italian law firm having an office in Spain?

In fact, the firm has remarkable experience when it comes to assisting Spanish companies in Italy, mainly in the areas of acquisitions, incorporation of companies, the establishment of distributors and/or agents networks, employee relations, the acquisition of assets, and legal consultancy services in strategic sectors such as energy, pharma and large-scale distribution, as well as in litigation matters.

Give us a snapshot of Pavia e Ansaldo’s international strategy.

Being international is not just a strategy for us, it’s a vocation!  Pavia e Ansaldo’s first roots emerged in the USA in the 1950s; offices in Milan and Rome were opened in 1961.  Over the decades we expanded our scope by opening of offices in Moscow, Tokyo and Barcelona and the set-up of international desks focused on USA, Turkey and Middle East, Africa and China.

Our approach is quite pragmatic: after deciding to set-up a new international desk or open a new office to provide assistance to foreign inbound investors or Italian and foreign outbound investors, we mainly focus on people and teams, more specifically, on building teams of lawyers with not only mastery of the law but extensive knowledge of the culture in the countries where our clients are from.

At the same time, our firm has core values which it holds dear – primacy of the rule of law; client care; inclusivity; diversity; gender equality – and we practice what we preach in the daily teamwork and continuous exchanges between all our professionals in all offices, departments and desks.

In jurisdictions where we are not physically present, we take the time to cultivate long-term relationships with leading foreign firms, to better meet the needs of clients involved in cross-border deals and international disputes.

In the short to medium term we may open new offices or create new desks if, in line with our policy, we manage to find that special combination of 'multicultural lawyers' and 'market opportunities' that will allow us, as in the past, to offer distinctive added value to clients.

Our firm has core values which it holds dear – primacy of the rule of law; client care; inclusivity; diversity; gender equality.

M&A activity in Spain increased in 2022. What sectors are seeing the most growth?

In the past year, Pavia e Ansaldo has assisted clients with M&A transactions in a wide range of sectors in Spain—notably private equity, real estate, healthcare, insurance, transport and logistics and industry. Likewise, for some months now, we’ve noticed a growing interest in the renewable energy sector, in which Spain plays a leading role as, due to its natural climatic conditions, it is one of the most suitable European countries in this regard. In general, Spain continues to be regarded favorably by international investors, not only because of the reasonable size of the home market, but also because of the associated benefits in terms of access to other markets (e.g. Latin America), outstanding quality of life, a favorable tax regime for foreigners and the presence of a strong network of advisors with expertise comparable to those in leading international markets, among others.

That is why, in 2016, given the growth potential of the Spanish economy, Pavia e Ansaldo decided to establish itself directly in Spain with the opening of an office in Barcelona focusing in cross-border M&A operations between Italy and Spain. The outcome has been really positive, and, after establishing ourselves in the local legal scene, we moved to new premises at 535 Avenida Diagonal in Barcelona, in order to better assist our growing international clientele interested in investing in Spain.

There is a growing interest in the renewable energy sector, which has already been relevant in the Spanish market in the past.

Many sectors attract investments in Spain and Italy. What kind of differences have you noticed?

The Italian and Spanish markets are mutually compatible, so for investors from both countries the other state is often the first port of call when deciding to go international — we witnessed this recently with several of Spain's most successful startups opening up in Italy, as well as for decades with large Italian conglomerates investing in Spain.

Italy’s traditional industrial sector, particularly relevant in the north of the country but with players throughout the region, offers exciting opportunities for companies looking to go international and for industry-focused private investment funds, as the generational succession is common in family-owned companies, one of the pillars of the Italian economy. The investment, moreover, can be twofold: given the established market share of Italian products in Spain, profits are not only to be made abroad, but a bigger impact can be made in the local Spanish market, too. In addition, consumer and luxury goods, energy, infrastructure and the banking and finance sectors —with dominant Milan, but also up and coming locations such as Turin— all contain good value for Spanish investors interested in Italy.

For its part, Spain is diversifying its economy and continually opening up to international markets, especially in Latin America, where the country acts as a focal point for European investment due to its greater stability and membership of the European Union. In addition, alongside the traditional tourism, infrastructure and financial sectors, we are noticing a major commitment to innovation and R&D, with the constant emergence of new hubs throughout the territory. Beyond that, Spain continues to be particularly favored by international investment funds, with an already consolidated position in this regard.

In fact,  because of this reciprocity between Spain and Italy, since 1996 Pavia e Ansaldo has had a team of professionals exclusively dedicated to providing legal advice to both Spanish companies with interests in Italy and Italian companies active in the Spanish market.