Opening up the debate on Mental Health in the Legal Industry: How different factors, such as work-related pressure, alcohol consumption and gender equity affect well-being in the legal profession and why you should care. 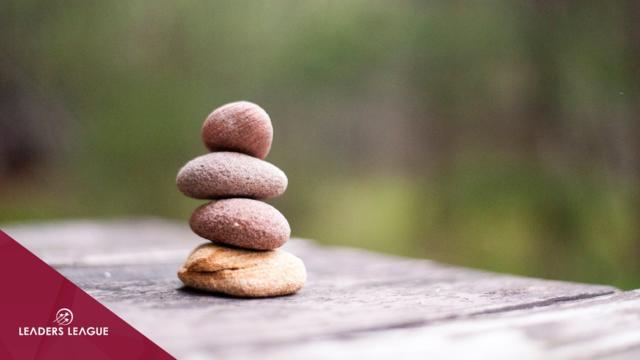 According to the World Health Organization (WHO), more than 300 million people are estimated to suffer from depression globally. Around the world, close to 800 000 people die due to suicide often caused by depression every year. And the legal industry is not immune.

A study conducted by Johns Hopkins University on the issue suggests that the prevalence of depression is closely related to a person’s professional occupation. Accordingly, lawyers are 3.6 times more likely on average to suffer from depression as people in other professions. A 2016 study by the American Bar Association (ABA) echoing the above one; found that 28% of licensed and employed American lawyers suffered from depression, 19% demonstrated symptoms of anxiety and 21% qualified as problem drinkers.

In November 2018, Joanna Litt published ‘Big Law Killed My Husband’, an open letter paying tribute to her husband, an attorney who had taken his own life after weeks of handling a high-risk case, and warning about the unhealthy levels of pressure in the legal industry. Her husband’s case is far from being an isolated one, many others working in the industry, including recovery advocate and author of “Girl Walks Out of a Bar” Lisa Smith, have struggled with mental health issues caused by the stressful environment of law firms. Committed to breaking the stigma of addiction and depression, she captures the reality of high-functioning addiction, depression and recovery in her memoir. Her honest narrative raises the question as to why the legal industry is particularly subject to increasing mental health issues.

“When asked about the impact work-related stress had on their lives, 65.8% said they experienced disruptive sleeping patterns, while 59.9% said it negatively impacted their mental health.”

A resilience and wellbeing report released by the UK’s Junior Lawyers Division (JLD) last year surveying over 1,700 employees in the British legal field on their wellbeing at work, addressed this issue. When asked about the impact work-related stress had on their lives, 65.8% said they experienced disruptive sleeping patterns, while 59.9% said it negatively impacted their mental health. When asked what they considered the cause of the stress, most mentioned the high workload (63.7%), the pressure related to clients’ expectations (52.5%), the lack of support (41%) and the pressure related to the billable hours targets (31.4%).

Additionally, the industry has a notorious drinking culture; which can be especially problematic in such a high-pressure environment. The intense working schedule in the legal field makes it difficult for lawyers to take care of their wellbeing, often leading them to view alcohol as the only available stress-coping mechanism.

The biggest issue, however, remains the deep-rooted stigma surrounding mental health. Many, like Lisa Smith did, feel unable to reach out or ask for resources, because doing so means showing weakness in an industry that allows none. This issue is reflected in the JLD survey: while almost half of respondents admitted they had experienced ill mental-health due to work-related stress in the month preceding the survey, less than 10% said their employers were aware of the issue. It comes to no surprise, then, that most surveyed believe their firm should take stronger action in guiding employees suffering from mental health issues.

Luckily, momentum for change has been building as more actors have started taking action. In August 2017, the US National Task Force published a 72-page long guide entitled The Path to Lawyer Well Being. In addition, Hogan Lovells recently launched Project Respect, a set of workshops led by trained advocates addressing mental health in the legal industry. Other initiatives include the Mindful Business Charter, a set of 22 principles designed by Pinsent Mason, Addleshaw Goodard and in-house lawyers at Barclays to address the heavy workload employees face and promote stress-relieving strategies, and  Mind over Matters, a yearlong investigation into mental health across the industry.

Much remains to be done before the stigma surrounding mental health in the legal industry is completely eradicated. In this regard, achieving gender equity would play a major role, as many women still feel undervalued and are increasingly choosing to leave the profession. According to ABA, women and men have been graduating from law school in almost equal numbers for the last 30 years, yet only 45% of law firm associates and 19% of equity partners are women. Additionally, as in many other walks of life, women in the legal profession are still paid significantly less than their male counterparts. These inequalities constitute a real challenge for women’s wellbeing in the industry but also have repercussions on the industry as a whole. Accordingly, if leadership is to efficiently tackle mental health issues in the legal industry, it will first need to address the prevailing gender biases in the profession and ensure a stimulating environment for everyone, including women.