Mediation Takes Off at Air France

In order to reduce the volume of labor-related court cases faced by Air France, the carrier’s director of legal affairs, Franck Raimbault, opened a path to mediation, which has proven to be a great success and a model for resolving industrial disputes in a country known for them. Leaders League caught up with him at our annual Human Resources conference in Paris in September. 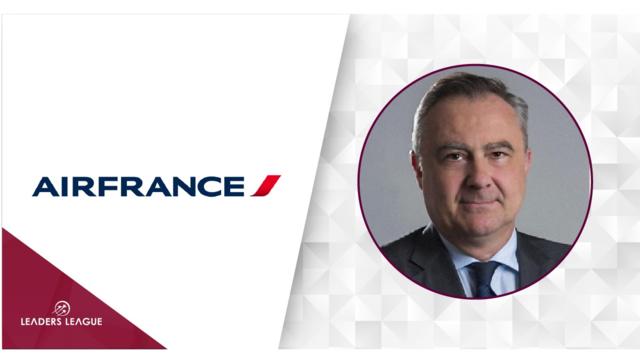 “Air France is a company where the product develops in front of the customer,” states Raimbault, “our staff are in contact with passengers when they buy their tickets, as they board their planes and during their flight, etc. We cannot allow a member of staff who is in conflict with management to degrade the image of the company.”
For Air France’s director of legal affairs, the imperative is clear: to avoid industrial tribunals. To achieve this, Raimbault enlisted the aid of a post-grad student specializing in amical forms of dispute resolution, in order to help him put in place what has turned out to be a particularly effective form of mediation.
The veteran lawyer, with a quarter of a century of experience at the airline, is more than a little bit satisfied, and with good reason – Of the first 50 mediations held between staff and management, 48 ended in an agreement being reached.
“When we began in-house mediation at Air France, we set ourselves a 50% success-rate target. But as you can see, we did much better than that,” he notes.
Since the creation of this dispute resolution pathway in June 2018, 70 requests for mediation have been submitted and none of them outlandish.

Five years in court for a €50 bonus

Air France is one of the first French companies to put in place a mediation mechanism in the aftermath of the Macron Law of 2015, which introduced the first major reforms to the French labor market in decades. This change in the law provided the national airline with an ideal opportunity to cut down on legal costs. “At Air France, we had a very high rate of labor disputes, in part due to the fact that very few people ever left the company. But if there is a problem in the execution of a work contract, this is an issue that’s better off being handled in-house. We realized that judicial litigation is not in the interests of the company and rarely in the interests of staff,” stresses Raimbault, who points out that going down the prosecution route leads to legal fees for the company well in excess of the compensation due in the event of a conviction. Above all, the problem stemmed from a culture of going to court to settle minor issues, such as one concerning a €50 per month bonus which dragged on for five years.
Post Macron Law, all individual labor disputes can be dealt with using conventional mediation, a cost-free and time-efficient process (the mediator is paid by Air France). By logging on to a dedicated Air France intranet, workers can access a two-minute video presentation and choose from among six pre-selected arbitrators, among them a former labor inspector, a former CEO and a former judge. The worker decides who he or she wants to have moderate.

Because, in the end, most disputes can generally be solved with a little dialogue, mediation has proven versatile and effective. Demanding a bonus or a transfer can sometimes hide a personal difficulty, a hierarchical conflict etc. “The example I often give is of the Air Inter strike,” continues Raimbault. “The company took the decision to change the uniforms of its ground-crew, but before they became aware that the new clothing was not waterproof, they received strike notice from the ground-crew, who were seeking a bad weather layover bonus be put in their contracts… mediation could have untangled all this.”
Raimbault explains that it is the role of the mediator to get to the root of a conflict in order to unblock a situation. On top of this, the Macron Law allows for a suspension of a case, should mediation begin, which can itself be interrupted at any time.
Previewed to employee representatives before it was launched, the Air France mediation project met with the approval of management and staff alike. “Mediation at Air France has dramatically reduced litigation, improved our corporate image – not least among magistrates – and is available to staff for free,” beamed Raimbault.
The success of the programme, he says, is down to its simplicity, which contrasts with the organizational structure of Air France, where the resolution of a dispute through litigation requires the approval of many members of staff (senior management, the legal department, the HR department, and so on). Conventional mediation, on the other hand, through listening, dialogue and, above all, its ability to find common ground between parties, can quickly put conflict to an end.
Of course it has its limitations, and for issues of fundamental legal importance mediation is not feasible and the services of the courts may be required. But for everything else, it seems, there’s mediation.