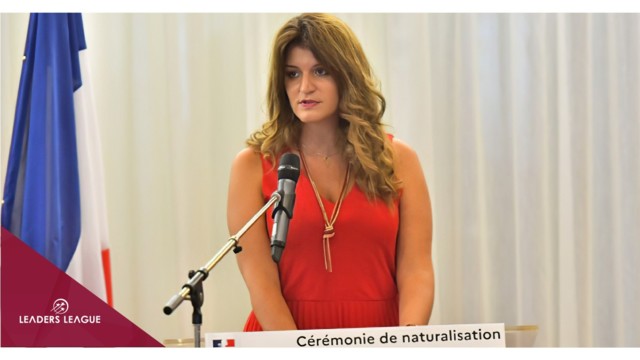 Leaders League. What is your definition of separatism?

Marlène Schiappa. There is separatism any time a group considers its rules superior to the laws of the state. A bus driver who does not want to sit in a place previously occupied by a woman, the refusal to welcome women in certain locations for religious reasons, or the exclusion of men for these reasons, these are all are forms of separatism. I insist on the fact that this is a bill which will strengthen the principle of secularism in France, our ability to fight radical Islamism but also sectarian aberations, such La Famille [a group of 8 Christian families that marry only among each other], which was the subject of an investigative journalism report this summer, are also concerned.

Yet many on the left are against this bill, deeming it Islamophobic and stigmatizing.

On the contrary, the project aims to guarantee the rights of all citizens, so that everyone, regardless of their background, can exercise their free will. I am surprised that leaders on the left today are reluctant to defend secularism, and go so far as to consider it a right-wing concept, when Jean Jaurès, Georges Clemenceau, Aristide Briand are among its historical defenders. Is it a form of naivety or, and this would be even worse, an electoral strategy?

I am not surprised, however, by the attitude of some Green Party officials, including the mayor of Grenoble, Eric Piolle, who was rather complacent with the wearing of Burkinis in his city last summer, waiting days before reacting, an then rather timidly. Yet the kind of publicity stunt that we saw in that municipal swimming pool Grenoble is a concrete example of separatism.

As for France Unbowed, [a French left-wing party headed by Jean Luc Mélenchon], if I may use an expression, they have lost the run of themselves, having kowtowed to the more extreme elements in their organization, whether by refusing to condemn the most violent acts of the yellow vests or supporting fundamentally anti-republican militants, supposedly in the name of anti-racism. It is strange to see figures like MP Alexis Corbière, a history professor and author of books on the French Revolution, playing this dangerous game. What reassures me is that the majority of voters on the left seem to reject these more radical tendencies and are behind what we are trying to do: 70% of the French public support this bill.

But isn’t this proposed law redundant in that article 2 of the French Constitution states that the "Republic is one and indivisible"?

No, this is not enough. Even though I am attached to this expression, which is, by the way, the title of one of my books, the new law will make it possible to tackle the root cause of the problem. After all, a local elected representative looking to confront separatism in their community cannot invoke the Constitution in order to act. At the moment they are largely powerless. The argument put forward that the Constitution is enough, in my opinion, does not hold water. Our duty is to strengthen the state’s legal arsenal.

"Supporters of secularism, of the republican order, especially if they are young, must do more to speak out on social networks and in the media. We cannot afford a young-old split on this"

The idea of cutting public funding to clubs engaged in separatist activities makes sense. But can the state interfere in the finances of local authorities?

The fact is that many separatist structures thrive by getting involved with schools, sports clubs or cultural organizations, and by doing so have received many grants over the years. It is therefore legitimate for the state to intervene, not to step on the toes of local authorities, but to act where they can’t. In most cases, it is they who come to us for help, as they are faced with an escalation of people abusing the system, without being able to quickly cut funding.

In the future, organizations receiving funding will have to sign a secular charter which will spell out in black and white what they can and cannot do. Failure to comply will result in the immediate withdrawal of the organization’s funding or even disbandment. I would like to mention that the state also finances charities through ministerial grants and grants from decentralized services. The new law will, of course, also apply to these payments.

Separatist organizations and activists thrive in certain working-class neighborhoods. Isn’t that partly the fault of the state, for not providing adequate public services?

For the most part. It should be noted, however, that the loss of influence of trade unions and secular organizations has also played a role, since they provided a real republican presence in these neighborhoods, in addition to public services. Nature abhors a vacuum, and sometimes disreputable actors have taken their place.

It is up to the state to regain this lost ground by leading a fight which does not only involve repressive elements. It is essential that we offer what I call a 'republican’ presence'. This has been done in particular in recent months with the Summer Quarters program, which has benefited some 500,000 young people. President Macron's visit to Chambord in July raised awareness about this initiative, which proved to be a success and will be carried over into the autumn.


Studies show that younger people care less and less about republican principles such as secularism and the right to blaspheme. Do you share this observation?

The numbers speak for themselves. The Ifop study published at the beginning of September coinciding with the beginning of the Charlie Hebdo trial is revealing since it shows that, if only 8% of all French people refuse to condemn the perpetrators of the Charlie Hebdo attack, that proportion rises to 21% among 15-24 year olds. There is also a lack of knowledge about the history of where certain values and ideals come from, which can lead to a blurring of the lines between incitement to racial hatred and blasphemy or caricature.

What can we do to change the status quo?

There is an interdepartmental fight to be waged in collaboration with Jean-Michel Blanquer in National Education or Sarah El Haïry in Youth to make school a "place where republican ideals can breath" to paraphrase Catherine Kintzler. In particular, to demonstrate pedagogy, to assert without fail that we do not make death threats on social media against someone who thinks differently.

Beyond this in-depth work, we need to speak out in public as much as possible on these issues. Supporters of secularism, of the republican order, especially if they are young, must do more to speak out on social networks and in the media. We cannot afford a young-old split on issues as vitally important as freedom of speech, the right to blaspheme and gender equality etc.

On these important topics, it seems vital to me to address young people on their terms. As a politician, I’m far from being an ever-present on TV, radio and social media, but when I do make an appearance, it gets people talking. Why? Because I don't speak down to them. Young people also have the right to access political debate.

Are you optimistic about the outcome of this cultural battle?

Absolutely. I remember when I was younger, feminist activists were worried about the future of their struggle: the new generation was not getting involved and some organizations were in danger of closing. Instead of fiving up, they took their fight to the airwaves, which raised awareness and led to re-engagement. I hope it will be the same for secularism, republican universalism and the fight against separatism.