Germany’s new coalition government was sworn in on December 8th last. The substance of the agreement between the Social Democrats, Greens and Liberals contained several labor law proposals that are of interest to multinationals active in Germany. Markus Künzel, Advant Beiten’s Munich-based head of labor law, takes a look at the main ones. 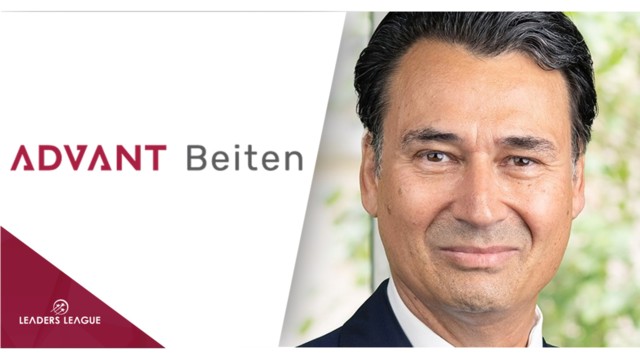 Minimum wage
The statutory minimum wage is currently set according to the Minimum Wage Act, which established a minimum wage commission (Mindestlohnkommission) consisting of representatives of employers and employees. For 2022, an increase to €9.82 on January 1st and €10.54 on July 1st has already been agreed.

The new federal government wants to set the minimum wage at €12 per hour in 2022. This proposal has already been sharply criticized by employers' associations and is considered unconstitutional.

Home office/remote work
There is currently no legally guaranteed right or obligation to work from home in Germany. However, under the Infection Protection Act (Infektionsschutzgesetz) established in connection with the Coronavirus pandemic, a temporary work-from-home order is in place until March 19th.

The coalition wants to give every employee the right to negotiate remote-working and home-office activities with their employer. The employer would only be able to object to this if they can demonstrate conflicting operational concerns. Overall, access to remote working/home office is likely to improve under the new government.

Due to the strict regulations of the Dismissal Protection Act, terminations are fraught with legal uncertainty for German employers

This form of work has become commonplace during the pandemic and the flexibility it affords suits both employers and employees, though usually for different reasons. A new regulation that’s already been in place for a few months grants work councils co-determination rights in designing remote work.

International secondment of workers/specialized workers
The federal government wants to abolish unnecessary administrative requirements for A1 certificates for cross-border services by introducing a European electronic real-time register. Also, certain business trips are to be exempted from the requirement of an A1 certificate.

Currently, workers are required to carry the A1 certificate with them on short-term business trips as well as on longer-term postings within the EU and even when remote working short-term abroad.

The government wants protection of workers in cross-border postings to be improved and bureaucratic hurdles reduced. It wants to see effective and efficient controls established, in order to better combat abuse and fraud, as well as broad advisory services for seconded and mobile workers.

An information platform is also in the process of being established in all EU languages, which will include information on national labor law in each of the member states.

There should be further development of existing immigration law to recruit specialists from abroad in a targeted manner. To this end, the EU Blue Card residence permit is set to be extended to non-academic professions if there is a concrete job offer.

Advant Beiten has a team of lawyers who deal with all issues relating to the international secondment and provide comprehensive advice in this area.

Fixed-term employment
In Germany, fixed-term employment contracts (befristete Arbeitsverträge) are a popular, flexible and usually easy-to-use instrument. Fixed-term contracts are advantageous for employers in that they do not have to be terminated ─ doing so often leads to legal proceedings ─ but end automatically upon expiry.

In Germany, due to the strict regulations of the Dismissal Protection Act (Kündigungsschutzgesetz), terminations are fraught with legal uncertainty for employers. This Act applies to terminations in companies with more than 10 employees where the employee has been with the company for more than six months.

The government is looking at reducing the length fixed-term employment contracts too. It is currently unclear whether changes already laid down in a draft law by the previous government, but ultimately not implemented, will still be introduced.

Working time
In these times of new working methods and models, the call for a loosening of the working-time law is reaching a crescendo. From the employers' point of view, there is criticism of the rigid rest periods that must be taken between work phases (basically 11 hours) and the maximum weekly working time (40 hours within a five-day-working week, extension to 50 hours possible). Unfortunately, in our view, nothing of note shall change fundamentally here.

Nevertheless, flexible working-time models should be possible in the future, but only within the framework of collective bargaining agreements. However, more and more companies in Germany, such as startups, do not allow collective agreements, so this flexible option would be moot in many cases.

Furthermore, ruling of the European Court of Justice of 2019 (14.05.2019-C-55/18) on the obligation to record working time is set to be implemented into international law. The European Court of Justice has, among other things, required an objective, reliable and accessible system by each employer to measure the time worked by each employee. This means that trust-based working time models, under which employees have not previously recorded any working hours, can no longer be continued in this way and must therefore be adapted.

Apprenticeship and postgraduate professional education
The agreement establishing Germany’s new ruling coalition deals extensively with the challenges of digitalization and the accompanying need to train-up employees for new professional roles.

Accordingly, it makes provision for improved opportunities for switching careers, apprenticeship and postgraduate education including, among other things, the possibility for employees, under certain conditions, to obtain a vocational qualification retroactively or to retrain while still in their existing job. For this purpose, an agreement is to be concluded between employer and employee.

In this case, the Federal Employment Agency (Bundesagentur für Arbeit) can grant subsidies on application and support these projects.

Equal pay
Under the new administration, equal-pay laws already in place are to be supplemented and the wage gaps that still exist between women and men are to be closed.

In particular, the enforcement of equal pay is to be strengthened by enabling workers to assert their individual rights, including through representative associations.

Other planned rule-changes include new and additional regulations on occupational health and safety, extension of co-determination rights of works councils and extension of the rights of unions, family support, support for disabled people. Changes to the regulations covering whistleblowing, company pension-plans and employee data-protection are also in the pipeline.

In summary, the projects described in the coalition agreement under the heading "Respect, opportunities and social security in the modern world of work" are of particular interest to all those working in the HR sector or those responsible for companies.

Therefore, once implemented, these various government initiatives will present companies operating in Germany with new challenges when applying labor regulations.

We can speculate about when and how exactly all the topics will be implemented, but in any case, they raise a number of legal questions that will surely lead to discussions and negotiations between employers, employees, works councils, unions and employers' associations in the weeks and months ahead.