Marie Ekeland: Investing for the future

The cofounder of venture capital firm Daphni is back with her latest investment vehicle, 2050, which as the name suggests has its eyes on the long term. 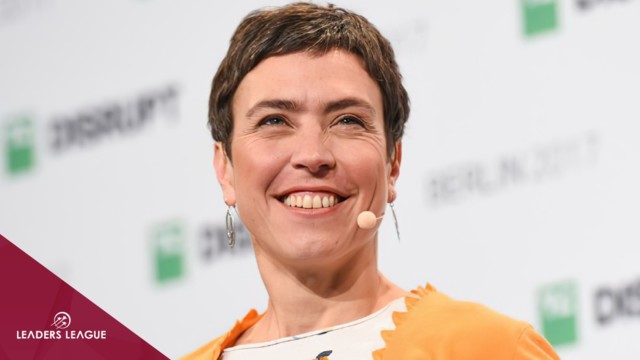 As the daughter of renowned experimental mathematician Ivar Ekeland, Marie has audacity in her DNA. Having made a name for herself at Nasdaq-listed digital advertising platform Criteo, the French woman went on to become a key player in the France Digitale organization and became one of the first female heads of a venture capital firm, at Daphni. Her latest venture is called 2050. Its mission: to make money work for the good of society.

‘Fertile’ future
Marie Ekeland has set a 30-year timeframe to build what she calls the ‘fertile future’ – hence the name of the venture. 2050 bases its investment philosophy on five core fundamentals, among them education and agribusiness. “Companies financed by the 2050 fond will be able to align their short-term economic interests with the long-term interests of society and the planet,” states the 45-year-old.
Launched at the end of last year, 2050 has already participated in a fundraising round in Withings, a company specializing in connected objects for the healthcare and wellbeing sectors. “This investment is precisely the type we are looking to make, as it promotes our objective of supporting companies that are working to improve the health and wellbeing of citizens in a preventative and personalized manner,” remarked Ekeland.

And the opposite philosophy? That would be Reed Hastings’ assertation that Netflix’s biggest competitor isn’t Amazon Prime or Fox Sports, but people’s need for sleep. “Sleep is not a rival to be vanquished, it is one of the main pillars of an individual’s health. To be brutally honest, what Hastings is saying here is that he is going to seek growth percentage points by encouraging more people to become sleep deprived binge watchers,” Ekeland insists.

A woman of conviction
Marie Ekeland is an uncompromising figure when it comes to her values. Digital junkies will recall how she resigned as president of France’s national digital advisory council just a few days into her stewardship, citing the controversy surrounding some of her choices to join the council, which included the activist Rokhaya Diallo and the rapper Axiom. “The project I had in mind, one driven by openness, independence of thought and diversity, came under fire virtually from day one,” laments the Parisien.

Ekeland gets her temperament from her father, the ex-president of Paris’ prestigious Dauphine University. Indeed, Ekeland junior was all set to follow in her father’s footsteps and had a promising career in mathematics ahead of her when she got cold feet before enrolling at HEC and instead embarked on a life in investment.

She moved to New York and got a job as an IT specialist at JP Morgan, where she spent the mid-90s, before returning to France in 1998 to do a master’s in political economics. Her big break came when she met Xavier Lazarus during a stint at French bank Credit Agricole. He offered her the chance to work on his Elaia fund, which at the time was a key investor in online advertising company Criteo.

In 2012, Ekeland cofounded France Digitale with the aim of promoting the digital economy I the public sector. Three years later she set up Daphni, a fund whose portfolio includes e-commerce sites Black Market and Made.com.

With her focused firmly fixed on the horizon, Marie Ekeland should be around for quite some time.