License to Use and Bankruptcy

Germany's Federal Court of Justice, also known as Bundesgerichtshof, recently ruled on cases discussing how the economic and financial crisis of one company in the licensing chain can subsequently disrupt other elements of the chain and place them into a critical situation. In this context, Rodrigo José M Pedrosa Oliveira, senior associate of São Paulo-based corporate law firm Chiarottino e Nicoletti Advogados and coordinator of its civil litigation department, authored the following article, analyzing the Bundesgerichtshof's recent key decisions and providing legal solutions to protect the “healthy” elements of a company from the negative effects of its “struggling” assets, especially in a bankruptcy scenario. 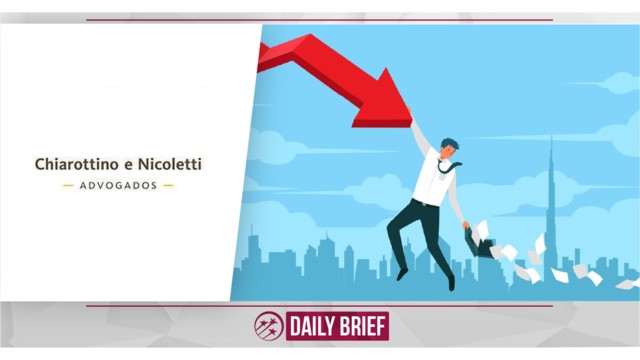 Imagine that your company “A” has invested millions in the acquisition of an exploitation license of a drug patent. Imagine, yet, that this license is acquired from company “B”, which, in turn, has an exclusive license for exploitation in Brazil, granted by the effective holder of the patent, a foreign company “C”; and that your company “A” pays monthly royalties to “B”, which as well pays monthly royalties to “C”; and that, after a few months of licensing and before company “A” could recover the investments it made, “B” enters into a financial crisis and goes bankrupt; and, due to the bankruptcy of "B", "C" requires the immediate interruption, by "B" and its licensees (including your company "A"), of the licensing of exploitation of the patent throughout the national territory.

This imaginary example – based on real cases judged by the Federal Court of Germany (the Bundesgerichtshof, equivalent to our STJ) – deals with a situation in which the economic and financial crisis of one element in the licensing chain can drag with it the other elements into the “hole”.

This article analyzes possible legal solutions that can protect the “healthy” elements (your “A” company) from the effects of the “struggling” element crisis.

First, it is worth noting that bankruptcy does not entail the automatic resolution (extinction) of "bilateral agreements" (roughly speaking, "exchange", in which each party gives something to receive something in exchange for the counterparty), as is the case of the license agreement, in which the licensor (“C”) allows the licensee (“B”) to exploit the patent in exchange for receiving royalties. This rule is provided for in article 117 of the Judicial, Extrajudicial and Bankruptcy Reorganization Law (“LRJEF”), Law #11.101/2005. The idea enclosed in article 117 is to reduce or avoid the liability increase of the bankruptcy estate and preserve its assets if the fulfillment of the bilateral agreement contributes to this. It is up to the bankruptcy trustee, appointed by a judge, to decide whether or not to fulfill the agreement. Therefore, we understand that any clause for automatic contractual resolution in the event of bankruptcy is not valid, as it “swindles” the relevant provision (that is, which cannot be removed by contractual provision) of article 117.

However, the STJ understands that, if the resolution has validly occurred prior to the decree of bankruptcy (example: there is a provision in the licensing agreement for "automatic" resolution in case of delay in the payment of three or more monthly royalties and, at the time of bankruptcy, there were already four installments in arrears) and, therefore, according to the decision of the trustee, it would not be possible to apply article 117 to “resurrect” the already extinguished agreement (Special Resources Nos. 172.367/PR and 783.032/SC). In other words, in practice, the bankrupt element (“B”) shall be up to date with the fulfillment of its obligations, at least in relation to this specific agreement (licensing) – which is very difficult to imagine in a bankruptcy scenario.

In particular, it seems to us that the most appropriate understanding of article 117, which serves its purpose (preserving and optimizing the goods and assets and enabling greater satisfaction of creditors), is that bankruptcy momentarily suspends the effects of the bilateral agreement (including the resolution for default and the other rights and obligations of the contracting parties) until the decision of the bankruptcy trustee regarding the continuity or not of its fulfillment. In order not to remain in the hands of the undecided trustee, the bankrupt's counterparty ("C") can request to the trustee to make a decision within ten (10) days, under penalty of considering the agreement definitively broken (§§ 1 and 2 of article 117). Thus, if the trustee chooses to comply, the rights of the sublicensee (“A”) are protected.

In fact, in this case (option to fulfill the agreement), we understand that the royalties that were not paid by the bankrupt element ("B") to the licensor ("C") until the date of the bankruptcy order (article 77 of LRJEF) shall be considered bankruptcy credits and only royalties due later shall be paid with the funds from the bankrupt estate. Although LRJEF does not provide for an express rule regarding this topic– as does the German bankruptcy law (the Insolvenzordnung) in its § 105 – this system is imposed by the equality that shall exist between all the bankrupt's creditors: it makes no sense to allow some to receive 100% of their credits, just because they have bilateral agreements in progress with the bankrupt element, while others are relegated to the bankruptcy process, just because they already fulfilled their contractual obligations in full before the bankruptcy.

In principle, the extinction of the licensing agreement implies the extinction of the right to exploit the patent and, therefore, to sublicense it. Thus, the resolution (extinction) of the license agreement between "B" (bankrupt and licensee) and "C" (patent holder and licensor) entails the impossibility of complying with the sublicense agreement executed between "B" (bankrupt and sublicensor) and “A” (sublicensee), since, upon termination, the first (“B”) loses the right to dispose of the patent.

The practical consequences of this are:

(2) The toughness of the sublicense even in the face of the termination of the main license agreement (between “B” and “C”). This effect is what is known in German law as the right to “protection of succession” (Sukzessionsschutz), provided for in that country's patent law (§ 15 III PatG) and in other laws dealing with intangible property. The idea is to provide the (sub-)licensee with legal protection against the waiver or future modifications of the (sub-)licensor's right.

In the example used here, after the termination of the main licensing agreement (between “B” and “C”), there is, in fact, the interest of “C” in recovering all rights to the patent, without any embarrassment; without even having to live with any sublicenses granted by "B" to third parties. However, weighing the legitimate interests (economic and legal) of "A" (sublicensee) and "C" (patent holder), it is seen that the consequences of extinguishing the sublicense would be much more serious for the sublicensee ("A") than the consequences of its maintenance for the licensor ("C"), who would only have to deal with the sublicense for the contractual term. The loss of the sublicense would result in the loss of all investments made by “A” and, perhaps, would take to the termination of the activity of company A, planned and organized based on the fair expectation that the sublicense would remain intact for the term of the sublicense agreement. Furthermore, if the patent holder (“C”) grants an exclusive use license to the sublicensee (“B”), he is admitting the sublicensing to third parties and, therefore, the existence of sublicenses.

The question that remains is the payment of royalties. If “B” loses the license to use it, he can no longer enjoy any benefits arising from the patent. Therefore, although the sublicense remains valid (provided the sublicense agreement is registered with the INPI), “B” can no longer receive royalties from “A”. If it does, it will do so “at the expense of someone else”, that is, at the expense of the patent holder (“C”). This situation is what the law calls “unjust enrichment” (Articles 884 to 886 of the Civil Code). So that this "unjust enrichment" does not occur, the main licensor ("C") may (and should) require the licensee ("B") to transfer its contractual position as a sub-licensor in the sublicense agreement, so that he, the licensor (“C”), starts to receive the royalties directly from the sublicensee (“A”). The sublicensee (“A”), for its part, cannot oppose this replacement, in compliance with the principle of objective good faith (Articles 113 and 422 of the Civil Code), if it wishes to preserve its right to exploit the patent.