The stake in the German defense electronics company is valued at over €600m. 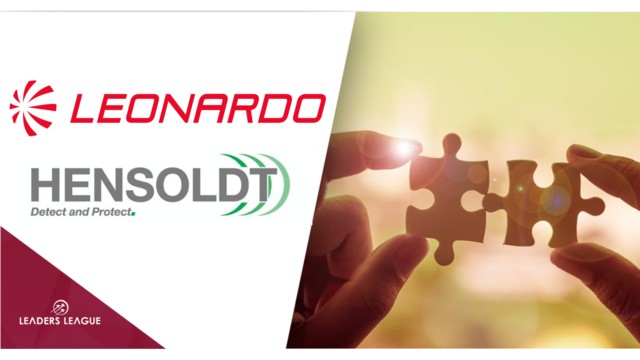 Beating rivals such as Thales and Saab to the punch, defense group Leonardo has acquired a 25.1% stake in HENSOLDT, increasing the Italian firm’s presence in Germany at a princely price of €606 million.

It bought the stake from Square Lux Holding II, a portfolio company of KKR, and is now the largest shareholder of the company alongside German development bank KfW, which bought its own 25.1% stake only last month. KKR now holds 18% of HENSOLDT’s shares.

Noted for its sensor solutions for defense and security, HENSOLDT marked a strong cross-border opportunity for Leonardo, whose CEO Alessandro Profumo said that the investment “reflects [the company’s] long-held view on the importance of building cooperation across the European aerospace and defense industry”. The two companies had already been collaborating on projects such as the Eurofighter Typhoon programme; only last year the German air force ordered 38 more Typhoons.

Leonardo will fund the purchase through selling non-core assets and a minority stake in its US-based military electronics business. Pending regulatory approval in Germany, its acquisition of the HENSOLDT shares will likely close in H2 2021.