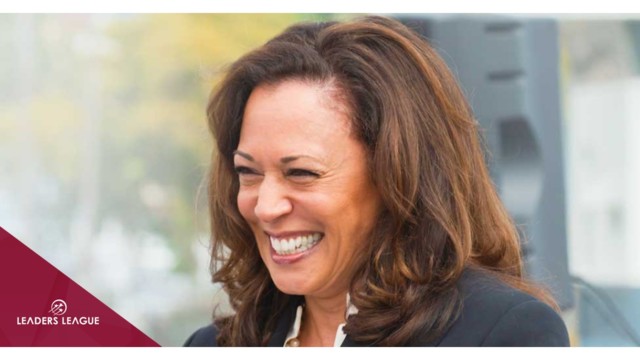 Women have run for president or run on the presidential tickets of the major parties before, with  the most recent example being Hillary Clinton.

The last woman to run as a vice presidential nominee for a major party? Sarah Palin. While governor of Alaska, Palin was part of late Arizona senator John McCain’s presidential campaign in the 2008 election.

So it is Harris who becomes the first woman in American history ever to run on a successful presidential ticket.

While her new role may be vice president, she has demonstrated the qualities of true leadership throughout her career. In 2017, Kamala Harris was sworn in as a United States Senator for California, the second African-American woman and first South Asian-American senator in history.

She grew up in Oakland, and took inspiration form leaders such as Thurgood Marshall, Constance Baker Motley, and Charles Hamilton Houston.

After earning an undergraduate degree from Howard University and a law degree from the University of California, Hastings, she began her career in the Alameda County District Attorney's Office.

In 2003, Kamala became the District Attorney of the City and County of San Francisco. Among her achievements as District Attorney, Harris started a program that gives first-time drug offenders the chance to earn a high school diploma and find employment.

Having completed two terms as the District Attorney of San Francisco, Kamala was elected as the first African-American and first woman to serve as California's Attorney General. In this role, she focussed on holding corporations accountable and protecting the state’s most vulnerable people.

Over the course of her nearly two terms in office, Kamala won a $25-billion settlement for California homeowners hit by the foreclosure crisis, defended California’s landmark climate change law, protected the Affordable Care Act, helped win marriage equality for all Californians, and prosecuted transnational gangs that trafficked in guns, drugs, and human beings.

Harris ran for the 2020 Democratic presidential nomination, but ended her campaign in December 2019. She was announced as former vice president Joe Biden's running mate in the 2020 election in August, 2020.