Time to pop the champagne corks! In the past twelve months, the top 100 law firms in France made bank like never before. 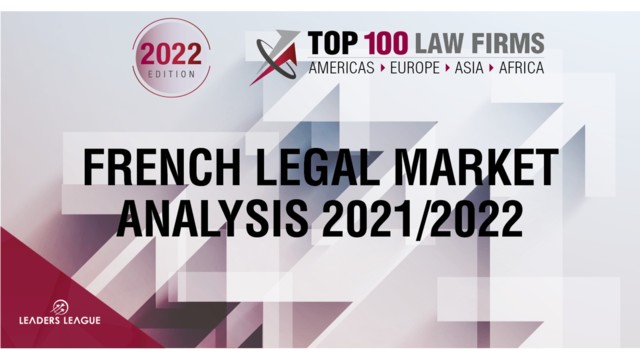 Having proved flexible in the early stages of the pandemic, French law firms were not caught napping when the rebound in financial tractions occurred in the summer of 2020. The importance of elite firms to the French economy is clear and the productivity of their lawyers remarkable.

Take the example of Darrois Villey Maillot Brochier, which retained its No.1 spot in Leaders League’s ranking of the top 100 law firms in France: over €1,200,000 in average revenue-per-lawyer and a 9.5% uptick in turnover. Or Skadden (up five places to No.5), where profit-per-partner topped €7 million. The combined turnover for the top 100 law firms in Leaders League’s annual ranking hit €4.5 billion, a new record.

How to explain such astounding results? Exceptional management of the challenges posed by the Covid-19 emergency on the part of legal-service providers based in France, for one thing. The profits of doom predicted a spike in law firm bankruptcies and redundancies from 2020 on. Nothing of the sort has come to pass.

Keep calm and carry on billing
The closure of courts in 2020 did not stop the flow of legal activity in France. Multi-service firms and court-proceeding specialists, for example, continued to provide crucial support to their partners at a time when those specializing in labor law or financing were in big demand.

Neither did niche firms see their activity diminish because the judicial pause button got pushed, as they were already well-practiced in alternative methods of dispute resolution.

And while the lockdowns did send some companies into a kind of economic hibernation for a time, clients by and large did not put a freeze on their spending on legal representation. Where such cost-cutting was experienced, it was generally absorbed by the willingness of partners to temporarily reduce their fees or take a pay cut. Add to this the suspension of employee bonus-payments as a way to avoid redundancies and staff levels at top law firms in the country were, broadly speaking, able to be maintained, with only those professionals demonstrating individualistic behavior told their services would no longer be required.

In the past ten years the combined turnover of the top 100 law firms in France has increased by 37%, productivity by partner is up 23%, and by lawyer by 17%

The next thing that should be stressed is that managing partners remembered the disastrous consequences of the great recession of 2008 on the legal industry, which led to many lawyers being made redundant and partners ousted. This time around, instead of a knee-jerk reaction to reduce payroll costs, the strategy consisted of hanging tough for several months in order to avoid having to hire for the sake of hiring once the storm passed, with the risk that the new lawyers would not correspond to the values or needs of the firm.

Lawyers improvised and leaned heavily on digital, online solutions. The fact that clients were going through a similar change to their working lives no doubt helped them accept this change in the way lawyers went about the business of representing them, but more importantly lawyers remained extremely reactive and efficient despite the upheaval. Remote work was organized and carried out in a spirit of solidarity.

Remote negotiations
Many of the deals underway at the start of 2020, rather than being cancelled outright, entered a state of suspended animation, and the above steps ensured that elite French law firms would hit the ground running when clients’ appetite and ability to resume financial transactions returned in the summer of that year.

The spring lockdowns allowed firms to road-test remote work and digital solutions, and their staff proved they could be both as fast and as effective as before, when it came to responding to the needs of clients. And this confidence proved vital when the legal market returned to full health.

Post lockdown, business lawyers were side-by-side with banks, funds and buy- and sell-side companies, bursting out of the gates as a quiet spring 2020 gave way to a flurry of activity at the onset of summer.

With a total of €133.6 billion registered in 2021, according to JP Morgan, – a sum not seen since 2006 – mid-cap M&A acquisitions rebounded to an astounding degree last year.

Private equity activity in France never really took time off, even at the height of the pandemic. This much is clear given the sheer volume of high-value deals concluded in 2021 and 2022. With regards to restructuring, there was a lot of activity, though not dealing with distressed companies on the verger of going out of business, as you might expect, but in an upstream way as companies proactively looked to head off problems before they got to a critical stage.

And as for labor-law experts, well, the phrase “business partner” as applied to lawyers has never rung more true, as they worked with in-house counsel and HR directors on balancing the twin imperatives of companies’ economic success and safeguarding workers’ jobs.

And this is not just a post-pandemic rebound. As the graph below demonstrates, the French legal market has grown significantly over the past decade. In the past ten years the combined turnover of the top 100 law firms in France has increased by 37%, productivity by partner is up 23%, and by lawyer by 17%. 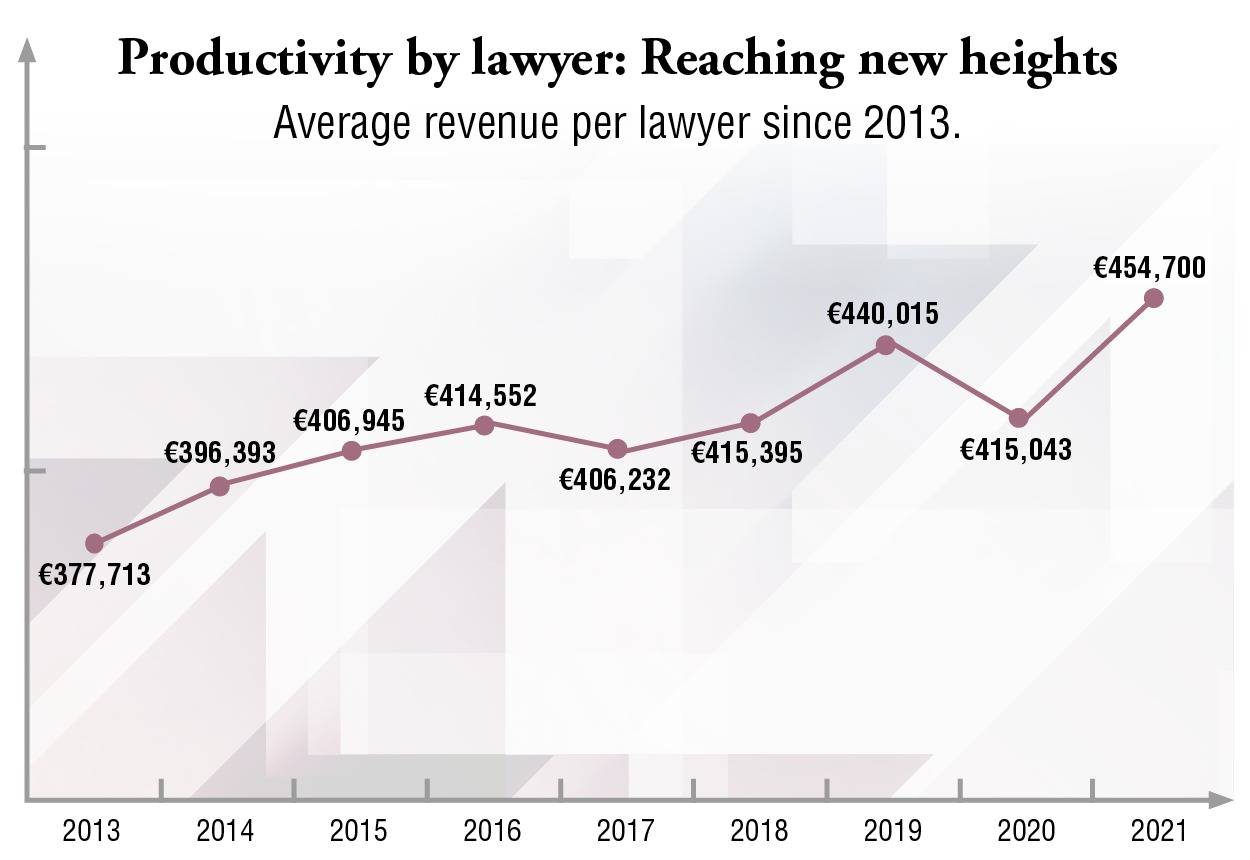 A further indication that the French legal market is in rude health: there are 25% more lawyers, and 17% more partners practicing than there were in 2012. In other words, there are more lawyers, earning more for their firms, providing a wider range of legal services than ever before.

Another interesting detail: none of the top 50 firms in the ranking posted lower turnover than they did a year ago ─ something that has never been seen in all the years Leaders League has compiled this ranking. Finally, the number of law firms in France to record-double digit growth over the past year was 43. In an average year around a dozen firms manage this feat.

All told, an exceptional vintage for the French legal market.