This year’s event saw thousands of IP experts assemble to make connections and share ideas – all against a grand Westminster backdrop in London, England. 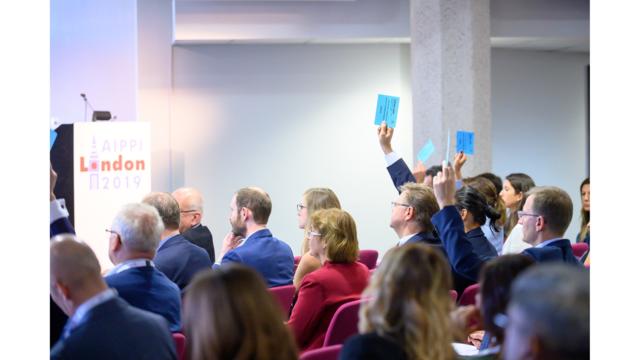 In a critical period for Westminster – not least due to the controversial executive suspension of the British parliament – the Queen Elizabeth II Centre, nestled five minutes’ walk from the Houses of Parliament, seemed even more like a haven of cooperation for the AIPPI World Congress.

Patent, trademark and design right experts from around the world gathered for a four-day event of conferences, committee meetings and networking – not to mention superb parties. Proceedings were kicked off on Sunday, with a talk by Jo Johnson (two-time IP minister for the UK) and a cavalcade of singers and dancers from London’s West End.

The following day saw numerous interesting and highly useful panels; one that Leaders League attended covered “In-house Perspectives on IP Enforcement”, and with speakers like Mark Snyder (Vice-President at Qualcomm), Elke Simon (Head of Patents at Boehringer-Ingelheim) and Beatrice Levy-Moulin (Vice-President of IP at Valeo), private-practice lawyers had reason to listen carefully to what they had to say. The day was capped off by a magnificent “Cultural Evening” at the Victoria & Albert Museum, with much of the ground floor (including the gardens) kept open ‘til 11pm for the benefit of hundreds of IP networkers.

The next few days saw more plenary sessions, panel discussions and busy exhibitors, culminating in a closing dinner and afterparty at the beautiful Alexandra Palace.

It was certainly an interesting time to be in London: just next door to the QEII Centre, a historic case was being heard by the Supreme Court – a case against the British government for allegedly suspending parliament unlawfully. Nonetheless, notwithstanding a panel session on Brexit and IP (which proved as unilluminating as everyone expected), all AIPPI attendees remained focused on the key IP issues at hand – from the issues around consumer brand surveys to the intersection between patents and AI.

Leaders League is very much looking forward to the next AIPPI World Congress, which will take place in Hangzhou from 26-29 September 2020. We hope to see you there!