10 December: Find out what's been happening in Latin America with our latest news update. 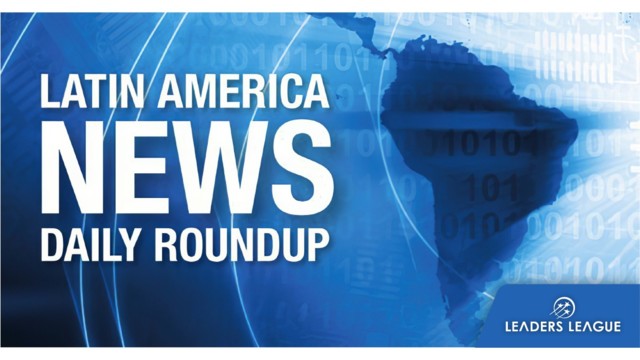 Argentina’s Economy Minister Martín Guzmán said Wednesday that negotiations with the International Monetary Fund (IMF) "will take a while" yet, and that it would be an "acceptable" timeframe to have a new program agreed by March or April 2021. "It's going to take a while, but we're moving forward at a solid pace," Guzmán said in a videoconference hosted by the Peterson Institute for International Economics, a Washington-based think tank. Argentina, which has been in recession since 2018 and has been hit hard by the coronavirus pandemic, is seeking a new financing program with the IMF to restructure its existing repayment schedule for its $44 debt.

Brazilian President Jair Bolsonaro’s government is looking for a legal way to exclude Chinese telecom equipment maker Huawei Technologies from 5G networks in Brazil, according to a Reuters report. A presidential decree is being studied by Bolsonaro’s national security advisor Augusto Heleno, studying security provisions that telecom companies and their suppliers must comply with. Bolsonaro, following his ally President Donald Trump, opposes Huawei on the unproven grounds that it shares confidential data with the Chinese government, but faces resistance from industry and within his own government, given China’s role as the country’s largest trading partner.

Chile's economy is likely to have grown 1% in November, its first expansion since the coronavirus pandemic struck in March, a central bank poll of analysts showed on Thursday. Bank policymakers are expected to hold the benchmark interest rate at 0.50% - its lowest in a decade - for at least the next year, according to the poll. Consumer prices are seen rising 0.2% in December, with inflation estimated at 2.9% over the next 11 months, within the central bank's 2%-4% target range.

Khiron Life Sciences has become the first company to export High THC medical cannabis from Colombia. The company, which has core operations in Latin America and Europe, has begun exporting the product to Peru, with the first prescriptions to be filled this month. The move expands the company's product offering in Peru where sales of its High CBD product began in September 2020. "This first shipment of Khiron's trusted High THC product into Peru represents a first in exporting High THC medical cannabis from Colombia and delivers on our strategy to increase our market impact in Peru, providing patients with reliable access to medical cannabis products,” Álvaro Torres, Khiron CEO and director of the company, said.

Mexico will begin applying the Pfizer vaccine against Covid-19 to frontline health workers and the elderly, followed by the rest of the population by descending order of age, according to the undersecretary of preventive health, Hugo López-Gatell. “Everybody will have access to the vaccine,” he told a press conference this week, and that the vaccination program will begin in Mexico City and the northern state of Coahuila, which borders the US state of Texas, before being rolled out across the country in February.

The Organization of American States (OAS) has disqualified the recent parliamentary elections in Venezuela as fraudulent. “It is important for the OAS and the world to recognize the fraudulent December 6th elections as the latest act in the playbook of the Maduro regime to undermine and ultimately destroy democracy in Venezuela,” the OAS’ Deputy Permanent Representative of the US, Bradley A. Freden, said in a statement. “The Maduro regime has already subverted democracy and violated the Venezuelan constitution through the fraudulent 2018 presidential elections, unconstitutional packing of the national electoral authority, and partisan control of the Venezuelan Supreme Court and legal system,” he added.