Kasha Cacy: "Having to go virtual was the best thing that ever happened to us"

The CEO of Engine Group discusses how to be innovative and disruptive, the power of collaboration and the importance of committing to corporate values. 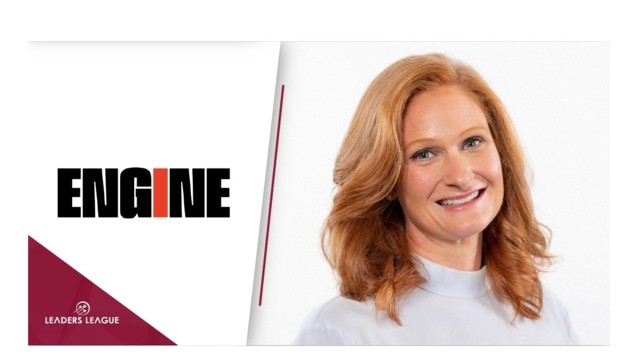 Leaders League: Engine Group positions itself as on the side of disruption, yet it is also a major conglomerate. How does it balance agility with a globally corporate ethos?

Kasha Cacy: We are big – we have around a thousand staff globally. But that’s pretty small compared to some of our competitors – WPP, for instance, has hundreds of thousands of employees. One of the first things we did when I came in was to ask: what are our values, and what do we want our values to be? We settled on courage, commitment and community. Those are not just words for us: they really do drive a lot of what we do in terms of how we work with clients, how we work together, where we focus our attention and why we focus it there. This holds us together at the highest level.

The other thing is that I really believe that agility, flexibility and responsiveness to client needs, and therefore being able to be innovative and disruptive, is about how individuals work together. I can say at our town halls, “I want us to be collaborative”, but “collaboration” per se isn’t in our values, because we need to know what that looks like first. So much of it is really about individuals.

I’ve spent a lot of time showing people: what does it mean to overcome an issue together, to work on a project together, to come into a room and have a difficult conversation with each other? This is where the rubber hits the road for me. Most people avoid interacting with people or groups they don’t know, until they do it, at which point they want to collaborate with everyone. This is what I’ve been doing for the last three years – bringing as many people as I can through the process of working with different people, innovating, creating something they never thought was possible, and feeling good about it. That fire spreads if you can get the kindling going.

20 years ago, the creative lead was the superstar of the agency. Now the superstars are the engineers and the analytics experts

You’ve spent decades overseeing marketing for major accounts. What were the key lessons you learned along the way? What made you learn those lessons?
The biggest lesson I’ve learned is that a corporation really has to know who they are, and they have to be committed to that. I once worked for a company that made over-the-counter drugs, and they had a kids’ line. In their values they talked about how they were a company that was really about doing good and creating partnerships between customers, suppliers and themselves that were beneficial and valuable to everyone involved. Then they had an incident: in one of the factories, the medicine was getting contaminated. So they hid it. But people found out. And to me, that was a crushing blow: I believed what I’d been saying about the company in the market, and what it had been telling me, and we’d had lots of internal communications about these values. And to see them act in contravention of their values – it just destroyed the trust.

This is especially pertinent now, when lots of companies – because of George Floyd or Covid-19 – are moving more into a values-style marketing space. It can be really appealing, but you’ve got to commit to it, and make it what the company is at its heart,  and you’ve got to live up to that claim even when it’s hard. I’ve been through this at multiple companies. When a company is in a hard situation, it needs to go back to its values.

How did Engine Group tailor its services during the pandemic? Could you give some examples?
We’re a people business. By and large, when clients choose us, they’re choosing us because of the people we’re putting in front of them, and when they stick with us it’s because they like and trust those people we’ve put in front of them.

It’s really hard to do this over Zoom, especially with new clients. But I’m incredibly proud of our team for getting super-creative. We pitched one piece of business at the beginning of Covid, despite never having the chance to meet with the client, and our team did this amazing job of really bringing the people to life. It was a travel client, so we brainstormed, “Here’s what we’re going to do at such-and-such location after Covid”. We took breaks during meetings to ask and answer random questions, so we could get to know each other. We made really creative Zoom backgrounds. We would print out pictures and send them to the client so they could hear our stories.

I’ve talked to people at other agencies who were so frustrated at the virtualization of the pandemic and the inability to pitch and work together in person. Never once did our team say, “This is never going to work”. It was: “How are we going to make it work?” That made a huge difference in connecting with our client and building that connection over time.

The week before we shut down, I was terrified. I thought, “We cannot send people home for a couple of months”, which is how long I thought it’d be at the time! But now I believe having to go virtual was the best thing that ever happened to us. The whole leadership team adopted this attitude of “If we’re going to do this, how do we make it as good as it can possibly be?” We have five offices in the US; there were so many silos, no one knew each other. Suddenly we were having weekly town halls, where we feature a different person from a different group telling everyone what they do. I’ve had multiple people coming to me saying, “We built more culture during Covid-19 than during the two years preceding it.”

What trends and challenges do you see impacting the advertising and marketing industry over the next year, and, looking ahead, the next five years?
There are three or four big things impacting it. The first is that there’s a tonne of consolidation and realignment going on. Technology has fundamentally disrupted the industry in a really powerful way. 20 years ago, when I joined the industry, the creative lead was the superstar of the agency. Now, the engineers – and those building up the data and the analytics – are the superstars. Not that the creatives aren’t important, but the heft of the industry has moved into the tech and data space.

So there’s this big transformation happening in terms of what agencies do. On top of that, there’s the story of mergers and combinations. One of the problems here is that it needs different kinds of people talking to each other and working together in a way that they never have before. It also creates a lot of anxiety: when you’re seeing the sands change so quickly, it’s super-challenging for any person. How do you motivate, refresh and rejuvenate people when you’re on this never-ending treadmill?

There’s also the challenge of how to reskill people over time so that they can be best equipped to work in this rapidly changing world. If you can do all that, clients will want you. But you have to stay on top of it all, because if you fall behind, you fall behind fast. Being able to innovate, disrupt and offer something different is essential.

How is Engine Group positioning itself to respond optimally to these trends and challenges?
The shift from linear TV to streaming TV was happening pre-Covid, but Covid made that shift five years faster. We have a big media platform that we were beginning to build out – ENGINE Media Exchange, with CTV [connected television] capabilities – which we had to kick into high gear. We saw what was happening quickly enough that we responded faster than a lot of our competitors. We had to speak week by week with our leaders about where and how to adjust, and hammering home a message: here’s a shift that’s happening. We’ve got to focus on the shift and reorient ourselves around it. Links between leadership and the lower rungs need to be super-tight when you’ve moving fast like this.