José Carlos Soares Machado: “Independence has to be a concern regardless of the person acting as arbitrator.”

SRS's head of litigation and arbitration José Carlos Soares Machado discusses the evolution of arbitration in Portugal and his term as president of the Círculo de Advogados do Contencioso. 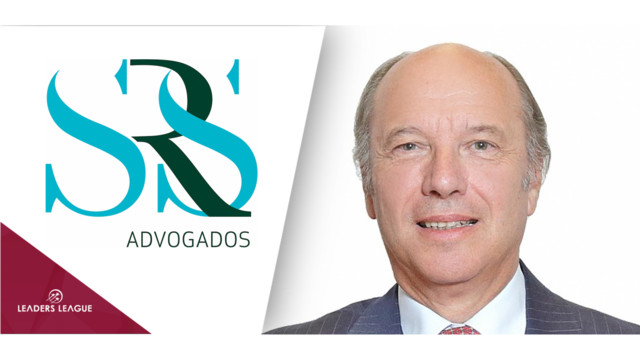 LL: What is the most active area in your litigation practice?

Soares Machado: Our presence is very strong in financial litigation, corporate litigation, white collar crime, insurance, real estate, and commercial arbitration. Lately, I have noticed that succession law and inheritance law have increased exponentially, specifically the resolution of conflicts in large national and international estates/legacies. By international, I am referring to a multi-jurisdictional context, both within and outside of Europe.

This is a very interesting area since new European legislation has come into force recently and Portugal has attractive features when it comes to real estate investments and fiscal issues (regarding succession). This leads to more international inheritance cases involving people and heirs from various nationalities and assets from various countries. All these factors make this a very promising area.

In my former law firm, I had already had a substantial number of important cases regarding this area. Naturally, when I moved to SRS Advogados in 2010 the team began to gain more expertise in this area.

What was the motivation to start the Circle of Litigation Lawyers Association? What did you achieve in your long term as president?

The main goal of the Círculo de Advogados do Contencioso (the Circle of Litigation Lawyers Association), first and foremost, is to bring together and foster dialogue between litigation specialists from all the largest Portuguese law firms, not only for professional purposes but also to forge bonds between them.

We discuss specific issues related to the practice that will improve relationships within the legal community. By improving interpersonal relationships, we will create ties between lawyers which will facilitate negotiations and therefore yield better results for clients.

The second, but equally important motivation, was to bring lawyers and litigation specialists closer to the judicial magistrates (judges and public attorneys). In Portugal, we have never had an organization promote such an initiative.

My experience as president has been positive, in the sense that there is a general consensus both among members of the Circle and among judicial magistrates that these goals have been achieved in a unprecedented manner. We have no record of ever having had a direct, open, and transparent dialogue between judges and lawyers about problems in court, practice of the profession, and all other challenges that exist. These issues have now become the subject of regular discussions as we hold regular conventions where we gather the legal community together to discuss these hurdles.

Arbitration in Portugal has reached a certain point of maturity, and there are excellent arbitrators, both former judges who started working in this practice and advocates who have specialized in this area.

How have you seen arbitration evolve in Portugal?

Arbitration in Portugal began a few decades ago. However, as in most European countries, it began to really take off during the 1990s and especially at the beginning of the century. Arbitration in Portugal has reached a certain point of maturity, and there are excellent arbitrators, both former judges who started working in this practice and advocates who have specialized in this area.

In our department at SRS Advogados we are very active in several arbitration proceedings as lawyers, i.e., as party representatives, and I can safely state that we are known as one of the main players in the market.

As an arbitrator myself, I have been appointed and belong to all the national arbitration centers and several international ones such as OHADA (Africa), CIMA (Madrid) and others.

As Portugal is a small market, what are the challenges in finding independent arbitrators?

In Portugal, the vast majority of lawyers and arbitrators practice both activities simultaneously.

This is precisely because it is a relatively small market and there is little room for those who wish to practice only as arbitrators.

From my perspective, when we talk about independence, we should be referring to the behavior and conscience of the arbitrator, regardless of their activity.

In Portugal, it is rare for professionals to only be involved in arbitration because they are usually also jurisconsults (academics), lawyers (representing the parties) or, in some cases, retired judges.

Given the small size of the market, independence has to be a concern regardless of the person acting as arbitrator.