The race for the cure hots up as the pharma giant lands a vaccine contract with the US government. 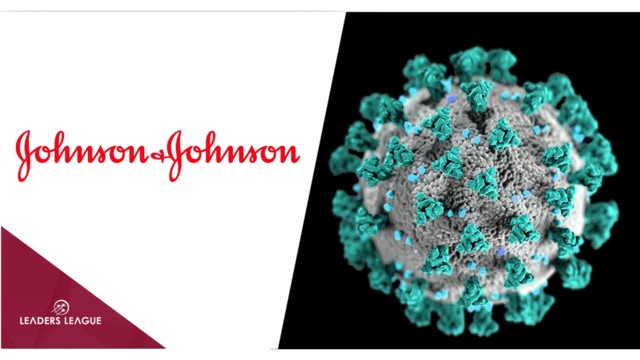 The US government has awarded a $456 million contract to Johnson & Johnson’s pharmaceutical arm Janssen for a coronavirus vaccine, despite the company having not yet begun clinical trials for the drug. It followed a $150 million contract with Janssen, made the previous week, for a “new antiviral” for COVID-19.

The Janssen deal is the largest contract for a vaccine so far. It is part of a billion-dollar investment project by Johnson & Johnson and the US government to research, develop and test a coronavirus vaccine; testing is hoped to begin by September 2020, with the drug available for emergency use by this time next year. The pharmaceutical giant is hoping to avail of the same technologies it used for developing vaccines for Ebola, Zika and HIV.

Currently, the US government’s Biomedical Advanced Research and Development Authority (BARDA) is also working with Sanofi Pasteur on a vaccine to create a genetic match for the virus’s proteins, such that the protein’s DNA will be “combined with DNA from a virus harmless to humans and used to rapidly produce large quantities of antigen, which stimulate the immune system to protect against the virus”.

Ahead of both Johnson & Johnson and Sanofi Pasteur, the National Institute of Allergy and Infectious Diseases (NIAID) has, with biotech firm Moderna, prepared a vaccine already undergoing clinical trials. It is, according to the World Health Organisation (WHO), one of two drugs currently in trials: the other has been jointly developed by CanSino Biological and the Beijing Institute of Biotechnology.

Nonetheless, Johnson & Johnson has already planned to start manufacturing its drug before it even goes through trials, in the hope that distribution can begin immediately if the Food and Drug Administration (FDA) approves the vaccine. “It’s absolutely not standard,” Johnson & Johnson’s chief scientific officer Paul Stoffels told Forbes. “Normally you know first that it works and then you start the manufacturing, or at least you have some good idea. Here, the crisis is so big that we have to organize ourselves differently and get going... This is a very high-risk program because we do everything in parallel, but this crisis is so bad that we don't have another choice.”

Stoffels added: “We have from the beginning decided we are going to do this not for profit so that the vaccine becomes affordable and available on a global scale as quickly as possible.”

Though there is currently no vaccine that successfully immunises humans against HIV or Zika. But the story of the Ebola vaccine is an interesting one. It had been in development for decades, with no pharmaceutical company expressing interest in developing it until the Ebola outbreak in Africa forced the world to pay attention. Finally, Merck & Co. developed its Ervebo drug in Germany, got it approved by the European and American regulatory agencies, and rolled it out for use worldwide. The total death toll of 11,310 would have been far higher without the vaccine.

Merck developed its vaccine with support from the BARDA, which spent $175 million on producing the vaccine in Germany. But ultimately, it had to secure a licence for the vaccine from an R&D outfit named NewLink Genetics for $50 million. NewLink, which lacked the know-how and the infrastructure to scale the product or conduct clinical trials, had itself bought the drug from the Canadian government (whose Winnipeg laboratory had developed the drug) for $156,000. Negotiations for the $50 million deal sped to closure in six weeks.

The race for the cure

For Ebola, Merck and GSK were further ahead than Johnson & Johnson or Sanofi Pasteur. Yet it’s the latter two that have scored lucrative government deals for the coronavirus. All four companies are part of a consortium, which also includes Novartis, Boehringer Ingelheim, Eli Lilly and Gilead Sciences, nominally cooperating to develop vaccines, diagnostics and treatments. And yet the race is tight, and global: the US-based Milken Institute’s COVID-19 treatment tracker is currently tracking almost 50 vaccines and 75 treatments in development around the world.

There is no guarantee that Johnson & Johnson or Sanofi Pasteur will find the cure, though they may well end up paying hundreds of millions of dollars for the most rapidly successfully developed drug. We’ll be watching this race keenly over the next few months.