Jiang Qiong Er (SHANG XIA): “The appreciation for high-quality Made in China will spread among sophisticated markets”

SHANG XIA is a rare pearl: surnamed by the press as “Chinese Hermès” or “the only Chinese brand of luxury,” it calls itself rather a brand “of excellence” that delivers quality design and service; in a business world where the crowd is blinded by short-term interests, SHANG XIA believes in time and patience; deeply rooted in Chinese tradition, culture and wisdom, it aspires to create emotion that is universal to everyone by bridging east and west, and modern and ancient, thereby extending beyond the temporal and spatial. Gain insights about this unique company from its soul, founder, CEO and Artistic Director, Jiang Qiong Er. 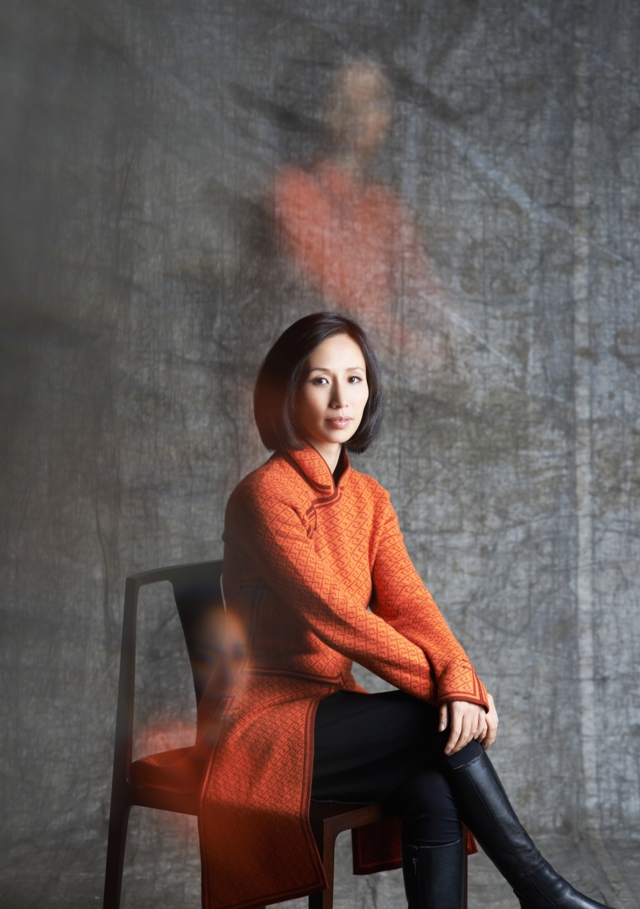 Leaders League. SHANG XIA is deeply rooted in Chinese traditional culture, but a brand also needs to innovate in the evolving market. How do you keep a balance between tradition and innovation?

Jiang Qiong Er. In Mandarin, “Shang” means up and “Xia” means down. The Chinese characters are mirror images of each other, therein lies Shang Xia’s philosophy: a dialogue between very different elements, but also, as is the Chinese way, a search for harmony and balance rather than dichotomy. Shang Xia is about making the old new, creating a connection between the urban and rural, the past and future, and bringing tradition to the future through modern design and innovation.

China has incredibly deep wells of cultural resources, and many of its local handicrafts have developed into brilliant arts through the precession of culture and time. Instead of becoming a part of people’s lives, most of these handicrafts have remained purely decorative and unused. Handicrafts, however, begin with practical needs, and should be put to practical use. Therefore, since 2008 SHANG XIA has been visiting craftsmen and women all over China and working with them to create products that people may use in daily life and more importantly, find their lives enhanced by the essence of Chinese Cultural and modern design when using SHANG XIA’s products. In short, we stand on the shoulders of cultural giants to give a contemporary design interpretation to China's best craft traditions and present them to the world.

SHANG XIA has taken its signature line, the Da Tian Di furniture collection, and used carbon fiber technology to create the lightest, most graceful evolution of the form. The combination of high-tech material and Ming Dynasty furniture is a classic example of the SHANG XIA philosophy: linking tradition and modernity, past and future, east and west. The lightness and rigidity of carbon fiber also offers new possibilities to furniture makers. SHANG XIA has boldly simplified the classic shapes of Ming Dynasty furniture, making pieces thinner and lighter while retaining underlying structure and style. The result is this conceptual furniture, which seems to exist in a space beyond our everyday experience. The chair belongs to a deep tradition, but also goes beyond. For example, the traditional humped brace has been simplified into a flying support at the joint between the chair’s seat and legs. This form, structurally highly efficient, makes this astonishing piece of furniture even more lithe and light.

Leaders League. What is the brand management strategy of SHANG XIA?

J. Q. E. China's economy has been growing since it embraced economic reforms and free-market principles. With the rapid economic development, it is likely to lead to a cultural revival. SHANG XIA is a brand with a strong mission in   bringing heritage from the past into the future, so it is beyond time and beyond place. It is not a commercial project, but a cultural one – though we truly believe commercial success will reward us if we focus on culture and not just money. It is definitely a long-term project; we are like farmers cultivating the earth for future generations.

Time is essential to do things right, so we want to take enough time to do SHANG XIA well. In pursuit of excellence, we prioritize each project on which we work and allow ourselves the time to learn, listen, think, act and react, giving our business the time to grow. For this stage of SHANG XIA, we are pursuing our values of “Carry the Past to the Future,” “Pursuit of Quality,” “Culture Heritage” and “Social Responsibility.”

J. Q. E. SHANG XIA and Hermès are two separate brands, and both brands have their own identities embedded in respective Chinese and French cultures, so firstly we think the most important difference is our very different cultural roots. SHANG XIA is rooted in Chinese craftsmanship and traditional Chinese “art of life,” while Hermès is rooted in French culture and lifestyle. For example, SHANG XIA is more concentrated on tea culture, where Hermes produces coffee wares. However, both brands share their creations with domestic and international audiences and are committed to the highest possible quality and authentic artisanship.

SHANG XIA has a balanced customer base. One thing that our Chinese and overseas clients have in common is that they come to SHANG XIA not for the logo or brand name, but rather for the quality. They already have plenty of experience in luxury, and instead of trend followers, they are opinion leaders on what they want and why. We believe the appreciation and pursuit for quality material, excellent Chinese craftsmanship and cultural meaning is beyond the boundaries of gender, age and nationality.

Leaders League. China’s luxury market has been in crisis since the government tightened measures against corruption. How do you think the market will evolve?

J. Q. E. The economic rise of China has formed a huge luxury consumer group consisting of the rich upstarts and the middle class who have adequate wealth at their disposal and strong purchasing power for luxury products. As Chinese newly rich have formed a deeper understanding of luxury goods, their preference has diversified. Now less likely to choose luxury goods with a conspicuous logo, Chinese consumers are beginning to look for spiritual satisfaction and realizing a need for their cultural roots instead of simply buying luxury goods. They are also starting to value the quality as well as the cultural connotations of purchased items.

That climate favored SHANG XIA's birth. The launch of the brand may also give some hint to the stage of development of consumers’ luxury sensibilities, of their taste and of manufacturing quality in China. We are in an increasingly mature luxury market, where consumers are trusting more and more in the quality and aesthetics of domestic production, as well as local talent.

Many Chinese consumers visiting our store told us that our products make them proud to be Chinese. This is really touching and makes us proud of what we are doing. Overseas visitors familiar with more mass-produced Chinese exports are also really surprised by our quality and craftsmanship, and give us a lot of positive feedback, saying they’ve been impressed by the creativity of our designs combining history and craft with contemporary aesthetics. We believe this appreciation for high-quality Designed in China and Made in China will spread among sophisticated Chinese and overseas markets.

Leaders League. Apart from luxury, what are other fields in which French-Chinese cooperation could excel?

J. Q. E. In recent years, the cultural events hosted jointly by China and overseas counterparts have deepened contact and understanding between peoples and offered new channels for dialogue between different civilizations.

In celebration of the 50th anniversary of the establishment of Sino-French diplomatic relations, the Foreign Ministry of France and SHANG XIA co-organized an event called "Excellence China: Chinese traditional craftsmanship and contemporary design," an exhibition in Paris and Shanghai, which aims to show a fusion of Chinese and French art styles. The craftsmanship exposition served as a good bridge for communication and was also a perfect showcase to display the grace of China's century-old handicrafts to the French and other peoples around the world. These kinds of cultural exchanges have given Chinese artists access to the world-wide stage. We received very positive feedback from both local and international audiences, who were stunned and shrugged off the old stereotypes they had, and saw a previously unknown China. Therefore, we have reason to be confident that the cooperation in terms of cultural exchanges between Eastern and Western worlds would excel.