Jean-Charles Samuelian-Werve (Alan): “Each ‘Alaner’ is a kind of enlightened tyrant”

Alan is the cat among the pigeons in the French supplementary health-insurance market. 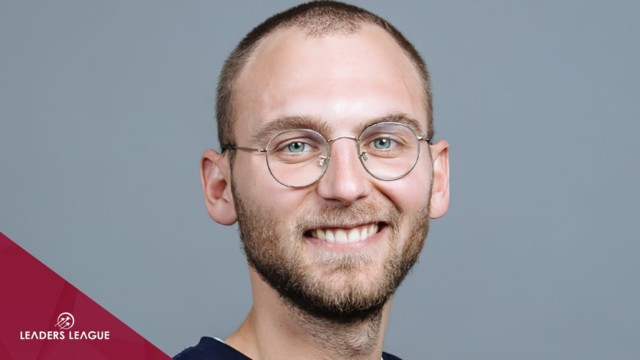 In 2019, just three years after launching, the insurtech specialist made it on to the Next40, the prestigious list of France’s top startups. Its CEO, J-C. Samuelian-Werve, explains how Alan has disrupted a sector where brick-and-mortar had always been the norm.

Leaders League: The expression “take risks” is on every startupper’s lips at the moment. What does it mean to you?

Jean-Charles Samuelian-Werve: To me, this phrase is more about the day-to-day philosophy of running a company than an official policy. When I set up my first company at 22 it was a risk, but a calculated one, because there were a lot of people involved who had the right qualifications and the support of their respective families. Without them I would not be here talking to you today. Selling my shares in that company to launch Alan was a real leap into the unknown, however. All I knew was that my new project would be centered on healthcare and that it had already gotten under my skin.

So, you just woke up one day and said, “Hey, I’m gonna disrupt an industry!”?
Well, it was the culmination of several factors. I come from a family of doctors, so was always surrounded by white-coats. I was also lucky in that I in fell in love with all things computers and technology at a young age. I always knew in the back of my mind that one day I would use technology to transform the world of healthcare, a tantalizing prospect because of the differences one can make to the lives of the entire population.
At the same time, it has always bugged me that, despite the care and expertise of medical professionals, the system made providing tailor-made services impossible to deliver. The death of my grandfather from cancer provided me with the motivation to do something about this. Finding simplicity where there was none is a beautiful thing.


Hence the reason to attack the insurance industry… did its apparent inertia make it ripe for disruption?
Not necessarily. The sector is made up of large, well-established companies with a lot of resources. This means that the barriers to entry are higher than elsewhere. That said, although it is very hard to break into an industry like medical insurance, once you do become a member of the club your uniqueness is a real asset and you are revealed to be the one company capable of innovating, changing the rules of the game and, indeed, writing new rules.

“You will never turn people into risk-takers, if you don’t start by examining the positives of a project”

You are always going to find people that think you are crazy, who will explain to you in detailed terms why you are wrong about the market, why you are destined to fail, but if you believe in yourself and persevere, one day you will be able to turn around and say, “I told you so!”
Validation cannot rest on a mere ‘thumbs up’ from the industry or a well-placed individual, but on a series of milestones. It is measured by the number of users you have and their level of engagement, in addition to a host of other indicators. Of course, when you find yourself in a cul-de-sac on a project, you have to back up and rethink your choice of direction.


Alan is often praised for its company culture. How does it differ from the norm?
At Alan, earnings and share capital are public – everyone is a shareholder. This kind of radical transparency is, even in 2021, seldom present in the average company. In addition, it allows us to delegate decision making and a provide more even distribution of responsibility. For example, we don’t have managers in the classical sense of the term. Each ‘Alaner’, as we like to call Alan staff, is a kind of enlightened tyrant, driven by the essence of the challenge rather than by the need to find consensus. It takes time, because of its asynchronous make-up, but rather than spend six hours a day in various types of meetings, we resolve problems bit by bit, as they manifest themselves. This frees up our team to make decisions. We were inspired by the corporate culture at Netflix which pushes individual responsibility, and are also admirers of the way Google and Pixar do things.


Pixar has a unique approach to mistakes, stressing acceptance rather than punishment. Do you mirror their approach?
For me, risk and failure are two sides of the same coin, which might seem a little strange for someone who comes from a country where schoolchildren get back their homework with the mistakes underlined in red, never the correct answers. Yet, you will never turn people into risk-takers, if you don’t start by examining the positives of a project or idea, before deconstructing it to make it better. That goes for people and companies as well. Each must adopt a spirit of growth and be open to continuous learning.