Interview with Patricia Shaughnessy, Vice Chairperson of the SCC

Patricia Shaughnessy talks trends in arbitration, tells us about the SCC’s rich history and provides insight into what it means to be on the board of a leading dispute resolution forum 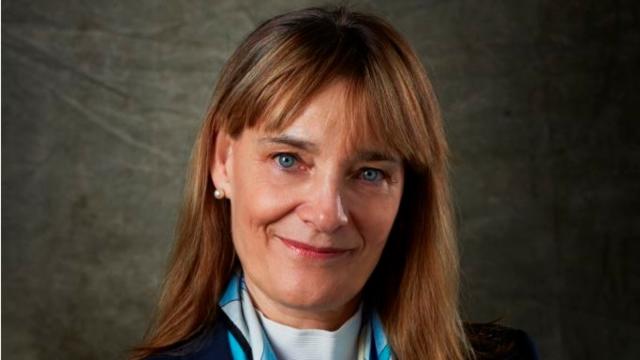 Leaders League. What are the main trends shaping international arbitration?

There is increased awareness and commitment for addressing issues relating to diversity. Gender diversity has gotten a lot of attention of late, but there are much needed discussions on racial and geographic diversity.

There is much focus on transparency, accountability and legitimacy in investment arbitration, including among the wider public and not just the arbitration community, which may bleed into commercial arbitration contexts.

In the European Union, there is developing case law and discussions regarding EU law and its relationship to international law in treaty-based arbitration involving investors from a member state bringing claims against another member state.

Continuous changes are being made to arbitration legislation, rules and guides aiming at ensuring more efficient dispute resolution processes and predictable and enforceable outcomes.

The expansion of international arbitration into new areas and sectors is another key trend. Arbitration is starting to envision itself as a useful partner in efforts to promote human rights and corporate social responsibility and in tackling climate change. The finance sector is seeing more arbitration, as well as art and cultural heritage disputes.  Energy, corporate, IT, and IP-rights disputes are on the rise and pose needs for specialized expertise. It is also worth noting that, increasingly, commercial disputes potentially involve public interests.

The innovations brought about by technology, including developments in digitalization, AI and blockchain, have begun to impact arbitration and will grow in importance.

Finally, there are more discussions addressing the need for lawyers to become more adept at dealing with quantifying damages and understanding complex valuation.

How do you explain the SCC’s prominence as an arbitral institution internationally? What makes it different?

The SCC enjoys a strong and long history: it is over 100 years old and is an established player, having grown its reputation and capabilities over that time. It has long been viewed as a safe and reliable place to arbitrate; in the 1970s it served as a key forum for dispute resolution between the US and the USSR, as well as between the US and China. Stockholm is perceived as a geographically, politically and culturally neutral venue with a strong international profile. The SCC has been trusted to resolve disputes and has a proven record of delivering effective dispute resolution. Additionally, Stockholm has a highly trained and reputable legal community, with reliable courts. Sweden enjoys global recognition as an innovative country with highly educated people and excellent infrastructure. All these factors make it an ideal place in which to resolve disputes.

What steps, if any, is the SCC taking to attract more disputes work? How is it making itself more user-friendly?

The SCC regularly reviews its practice and rules to stay abreast of key developments. In 2017, the year it turned 100, the SCC updated its rules, in part by making existing practices more transparent and in part by adding new features to enhance efficiency and effectiveness, particularly in complex and in expedited cases. For example, revisions address issues such as security for costs, consolidation and joinder of parties, early dismissal of claims, and the role of tribunal secretaries. The SCC provides information on its website, including English translation of relevant court decisions. It also hosts and contributes to many arbitration seminars, conferences and educational activities in Sweden and abroad.

What does your role as SCC Vice Chairperson, serving on the institution’s board, involve?

The SCC Secretariat, a group of employed experienced counsel and administrators, does the day-to-day work. The SCC Board is the decision-making body consisting of independent Swedish and non-Swedish internationally respected lawyers. The Board makes decisions as provided in the SCC Rules relating to cases, such as prima facie jurisdiction, appointment and removal of arbitrators, determination of costs, seat, joinder and consolidation of cases. The Board meets once a month but decisions may be made between planned meetings as required, for example when appointing an emergency arbitrator. In cases where the Board’s chair is not able to preside over a case decision or at a meeting (for example, due to a conflict), one of the Board’s vice chairs presides.

What are the challenges that come with this role?

As a Board member, I have a privileged obligation and a unique opportunity to promote arbitration as a means of resolving disputes. The SCC Secretary General Annette Magnusson has done a terrific job at identifying issues where the institution can and should play an active role, such as a platform to inform and promote factful discussions on key issues, such as on ISDS and the role of international arbitration in helping tackle climate change and promoting human rights. Annette has ensured that the SCC delivers on providing world-class efficient and effective arbitration, while she has also brought vision and engagement to ensure that the SCC continues to be a leader in innovation and conflict resolution.