The Executive Director of Compliance and Governance at oil giant Petrobras discusses the importance of compliance and ESG agendas at the company, the main challenges and achievements of his term, and Operation Car Wash’s legacy for Brazilian businesses. 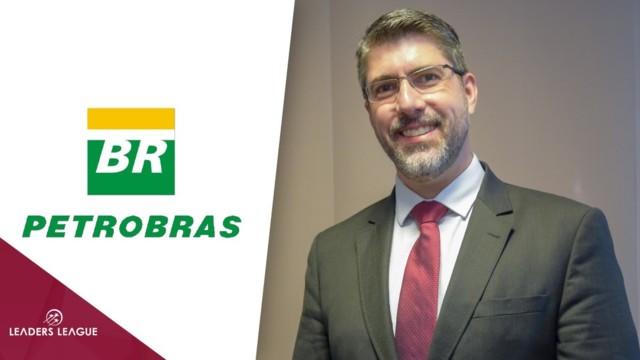 Marcelo Zenkner is the Executive Director of Compliance and Governance of state-run Brazilian oil giant, Petrobras.

Marcelo Zenkner: When I arrived at Petrobras, at the beginning of 2019, the individuals involved in the crimes revealed by Operation Car Wash were no longer at the company. Today our internal controls, our ombudsman, our auditorship and our internal investigations and accountability processes are much more robust and effective than they were a few years ago. Our governance system was also totally redrawn, bringing greater security to our decision-making process. Petrobras was even recently used by Justice Luís Roberto Barroso of the Supreme Federal Court (STF), in an article published at the end of last year, as an example of competence and an organization where “the right people are placed in the right positions.” We have turned the page on Operation Car Wash but have extracted valuable lessons which have been essential in implementing a deeply effective compliance and governance system which is able to substantially reduce the risk of fraud and corruption.

In 2019, after over two decades practicing at the State Public Prosecutor’s Office of Espirito Santo (MPE/ES), you took over as Executive Director of Compliance and Governance at Petrobras. What have been your greatest challenges and achievements in this role?

Petrobras is an enormous company with thousands of employees performing a wide variety of roles. For example, our Compliance and Governance team alone is by itself quantitatively larger than the State Public Prosecutor’s office of Espirito Santo (MPE/ES). Thus, ensuring our message reaches the four corners of the company and providing training to all Petrobras employees is already, in itself, a huge challenge. Moreover, although we have internally turned the page on Operation Car Wash, it is also challenging to work towards rehabilitating our reputation before external observers, in Brazil and abroad, as it is essential to show our suppliers and investors that, from now on, the business environment at Petrobras is based on absolute integrity.

On this subject, I believe that numerous achievements have been secured during my term – we sought to prioritize prevention over repression in our compliance system. This posture avoids both a culture of punitivism as well as an oversized department, as the strengthening of internal controls is the most efficient way of avoiding the occurrence of kickbacks and fraud. We have implemented a cutting-edge corporate accountability system in Brazil, aligned with the best international practices, and which includes concepts such as disciplinary rehabilitation and the signing of compliance commitments. We now place great value on the good faith of our employees and, even when imposing sanctions, we now treat those which commit honest mistakes (in which the individual had the intention of doing the right thing but breached a formality) totally differently from those which commit acts with intent or knowledge of wrongdoing.

This is why, presently, for our Compliance and Governance board, the number of punishments, the quantity of employees on administrative leave or the list of cancelled contracts due to the actions of our compliance system are not used as indicators to measure the success of our work.

In December 2020, Brazil’s leading stock exchange, B3, published its Corporate Sustainability Index for 2021, which saw Petrobras return to the index after a decade-long absence. What does this achievement represent for the company? And what is the importance of an ESG (Environmental, Social and Governance) agenda at Petrobras today?

The company’s return to B3’s Corporate Sustainability Index reflects the enormous effort which Petrobras has been making, in recent years, on the ESG front. We are committed to offering accessible, low-cost and safe energy whilst generating a smaller carbon footprint. To achieve this, at the end of 2020 Petrobras created, within the Institutional Relations and Sustainability board, an executive climate change committee, which is now responsible for leading all company activities related to carbon management, reducing atmospheric emissions, energy efficiency and climate change.

Best corporate governance practices are a pillar with which to support our businesses. Through a sustained effort, we have implemented an effective, ethical and transparent governance model with measures which go beyond what is required by legislation. The company, for example, has greatly strengthened its bylaws, adopting the best practices with regards to nominations for executive management positions, including establishing stricter requirements than what is foreseen in the Bylaws of State-owned Companies (Federal Law No. 13.303/2016). Thus, for example, to occupy a position in our Administrative Council, the nominated candidate cannot have occupied politically-commissioned roles or positions within political parties in the last three years. The company has also always remained attentive to corporate social responsibility – an element which I consider inseparable from any corporate integrity program – and has recently stood out for its several initiatives to mitigate the effects of the Coronavirus pandemic in Brazil.

How has Petrobras’ Compliance and Governance board been strengthened during your mandate? Could you provide us with a few examples?

My mandate finishes on March 20 and I am leaving the company with a feeling of mission accomplished. I always say that an effective compliance system must run like oil and not like sand within the gears of a company. My mission was to provide security and, simultaneously, speed to our decision-making process, a balance which is extremely hard to find. I truly believe in the evolution of internal controls via the assimilation of a culture of integrity, as, if employees understand that acting honestly is encouraged and valued within a company, all systems begin to function with greater speed and security.

Externalizing an ethical business model contributes towards this objective, as this only attracts partner companies which identify with ethical values. Hence why Integrity Due Diligences and the imposing of Corporate Anti-Corruption Law sanctions are so important to Petrobras’ integrity system. It is also for this reason that companies interested in doing business with us must adhere to the Petrobras Program of Corruption Prevention (PPPC), as well as commit to complying with all existing anti-corruption laws, in addition to integrity policies, procedures and norms. Our contracts additionally foresee, from the beginning of bidding processes, widely known and accepted compliance clauses, in Brazil and abroad. This entire framework of measures has allowed Petrobras to return to, not only the portfolios of very important international investment funds such as Norway’s sovereign wealth fund (Government Pension Fund Global) and KLP (Kommunal Landspensjonskasse) but also to the World Economic Forum’s Partnering Against Corruption Initiative (PACI).

Operation Car Wash contributed towards Petrobras’ evolution and rehabilitation into a strong and healthy company with high standards of compliance and governance. Internally, we all recognize and value the work performed by the Operation Car Wash task force, which was decisive in ensuring Brazilian companies improved their internal controls and began to adopt the most modern integrity systems in the world, not only for the sake of reputation and credibility, but also to promote and provide security to the business environment in Brazil. What we must do from now on is work to ensure that similar scandals never happen again.