Former engineer Manny Schechter has spent his entire career at IBM, the US’s top annual patentee; he is now its Chief Patent Counsel. He talks to Leaders League about patent litigation trends, artificial intelligence (AI), and software innovation in a post-Alice world. 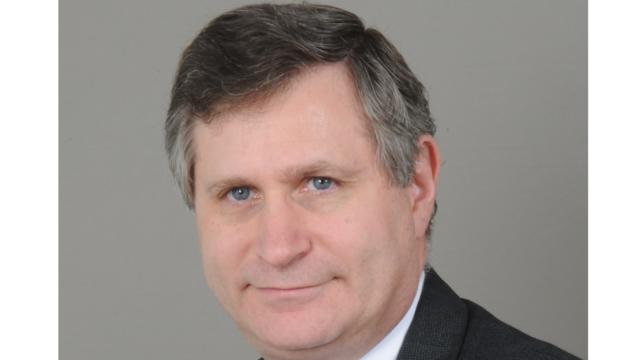 Could you tell us a little about how your experience at your previous jobs has helped you in your current role?

I’ve been at IBM my entire career. I started there as an engineer, and then IBM put me into a programme to go back to law school, while I continued to work. And then I worked my way up the ranks to where I am now. My earlier engineering experience helped because I understand the perspective of the inventor, having [worked] with our intellectual property attorneys during that time. I have a slightly better sense of what it’s like to sit on the other side of the desk, as an inventor, than some members of our team.

What have been some of the more interesting trends and developments in the software innovation world, both on the regulatory side and the commercial/corporate side?

There are a few different stories to tell here, and they kind of intersect. Aside from the law, software has become so incredibly pervasive. Early in my career it was a very specialised discipline; people often got advanced degrees in order to be able to work in [it]. Today, there are lots of programmers doing all sorts of things, and software code is going into just about everything. All but the simplest of devices have become interconnected in some way – the appliances in our homes and our cars. Software has not only become the development platform used to simulate or design aspects of almost everything, it has also found its way into so many of the products themselves, such that we find the need for software skills to be much more significant than they once were. It’s why you see lots of people dabbling in it – the opportunities are great.

How does that intersect with the regulatory side? Ten years ago we were seeing litigation increasing in the patent world – to too high a level, some said. At times the litigation was abusive; there were practices people felt should be curbed. They weren’t necessarily specific to software, but they certainly applied to patent litigation relating to software, and as a result, legislation – the America Invents Act – was passed, and Supreme Court decisions came down that attempted to curb some of the excesses in the system.

Now [some] people feel that we overcorrected – that there’s been a little too much uncertainty introduced into the patent system, and it’s become a little too weak. There are some provisions of the America Invents Act that apply uniquely to patentable inventions in the computer world. Some of the Supreme Court decisions apply uniquely or most primarily to the software world. So the weaknesses in the patent system have particularly impacted the world of computers and software. Now tie together that pervasive technical trend I mentioned before with the fact that the law has had ups and downs – the combination impacts how the patent system promotes innovation in the computer space.

IBM has been investing heavily in blockchain. What are some of the more interesting uses blockchain can be put to, outside of cryptocurrencies – especially from the IP point of view?

It can be used to track patent transactions, particularly sales. We know today that it’s not always easy to identify the ownership of a patent, because the data in the government patent office records do not always completely reflect the ownership of a patent. Sometimes a party will buy a patent and never record the transaction; sometimes they do, but there are data entry errors by them or by the government. Sometimes companies change names or go by different names – at IBM we record all our patents under the name “International Business Machines Corporation”, but somebody might accidentally enter “IBM Corporation”.

And we’re not that complex a company name. Some folks have much more complexity than we have, because they have lots of subsidiaries and businesses with different names, and even if the names are recorded accurately it may not be apparent that they are actually owned by one company. Some companies purposefully obfuscate who owns their patents. Putting patent transactions on the blockchain won’t solve all these problems, but it will make for transparency of ownership over the life of a patent.

There are some folks who have been talking to us about projects to put patent transactions on the blockchain. Not only are we the top annual US patentee such that we want the patent ecosystem to work efficiently, we also develop and market blockchain-related technology, and we could help them as a technology service provider.

IBM has been involved in using AI/machine learning to detect early signs of Alzheimer's. Could you tell us more about this innovation and what it means for the company, as well as about some of the patent aspects surrounding it?

[Many people are] aware of some of our projects in AI – Watson, for example, and some of the [uses] that Watson has been put to for cancer and Alzheimer’s as well as non-medical applications. As regards patents, I don’t think I can reflect on any specific IBM patents, but this is an area that intersects a little with the considerations I mentioned earlier, namely that the Supreme Court, about five years ago, issued an opinion [arising from Alice Corp. v CLS Bank International, and commonly known as Alice] interpreting the law on what is eligible to be patented as being rather restrictive, particularly with respect to abstract ideas. Some people think of AI as being abstract in the sense that it’s about emulating or mimicking human behaviour, thought and learning. So at times, the AI technology seems to be steering into the patent headwind that the Supreme Court has created.

At the same time, we’ve seen other countries announce initiatives to bolster their competitiveness in AI technology, in some cases including not so much weakening patent protection in the AI space, but actually strengthening their patent protection relating to computer-implemented inventions, software and AI. So it raises some questions about the future global competitiveness of countries relative to one another, including the US.

In what kinds of ways have you been increasingly using technology to streamline processes and increase efficiency?

We believed, back in the 1980s, that we were the first IP team to automate certain of our processes, using very early email connectivity and other tools that we had developed ourselves. That was at a time when most people didn’t even know what email was. And we’ve had the opportunity to develop a number of home-grown tools since then to enhance much of our operation, from the way inventors provide us with their inventions, to facilitating the evaluation of those inventions, to the way we interface with government patent offices…

Now, what we’re finding is that in the last 10-15 years, commercial companies have cropped up to offer some of the same capabilities that we already had, and that means we no longer have to have home-grown tools – we can use commercial tools. In some cases we’ve sold some of our capability to others… in other cases we’ve simply gone to a vendor that developed tools on their own. In some cases we still use our own home-grown tools. But the point is, now that the tools are maturing, we don’t have to bear all the development and maintenance cost, and we can still fully leverage the technology and reserve use of our most advanced in-house technologies for ourselves. For example, in recent years we’ve begun dabbling with using our own Watson and AI technology to support various things we do on the IP front at IBM, and more recently we’ve started showing that capability to potential customers.

There are a lot of companies now that offer invention pipeline-management tools, analytics tools for analysing patent data, tools for automating searching for prior art to evaluate inventions or find products of others that might be infringing one’s IP. We have applied our latest AI technology to all of those things.