Moshe Malina is Associate General Counsel and Chief Patent Counsel at Citigroup; he has been at the company for 15 years. He spoke to us about financial services innovation, developmental challenges, and the changing remit of chief patent counsels. 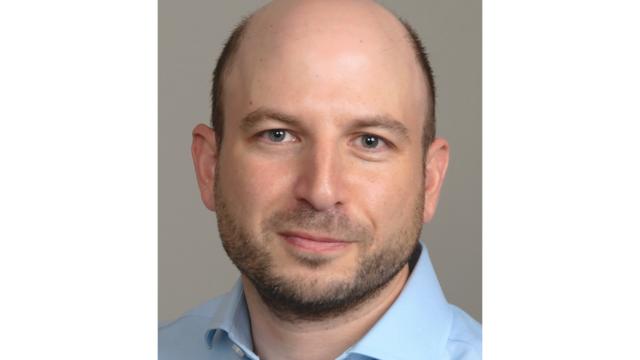 Could you tell us a little about how your experience at your previous jobs has helped you in your current role?

I started my career at [law firm] Cleary Gottlieb Steen & Hamilton, doing a mix of IT transactional and litigation work, including patents. I’ve been at Citi for 15 years now, but my job at Citi has evolved pretty significantly over that period. Although when I started I focused more on transactional tech work such as outsourcing and licensing, as patents became a more significant issue for the financial services industry my focus shifted more to patent litigation, licensing and prosecution. As part of those efforts I also participated in advocacy work as part of our industry’s efforts to bring about patent reform to address the risks from non-practising entities and patent litigation abuse.

Later, I took on responsibility for supporting Citi Ventures, which operates a strategic investment programme and runs a number of internal innovation initiatives. In this role, my work extends across general corporate and investment transactional work and implicates a variety of regulatory and other legal issues. In the last few years, I’ve added responsibility for cybersecurity and information security. So I’ve had a pretty varied range of experience over the last 15 years, even though I’ve been at the same company.

What have been some of the more interesting trends and developments in the financial services innovation world, both on the regulatory side and the commercial & IP side?

Although some start-ups have sought to compete in banking and other traditional areas of financial services, collaboration and partnership models are more common. At Citi, we invest in and look to work with small, innovative start-ups in fintech and other areas; many firms have adopted similar models. In our strategic investment program, we commercialise most of our portfolio firms, where IP licensing and ownerships issues are often central. Regulatory considerations are part of every deal, both for equity investments and commercial deals.

More generally, I think we’re seeing an increasingly rapid push to bring emerging technologies into banking operations and test new use cases, and a variety of models to incubate and support these innovations from within.  At Citi, the D10X program helps support internal entrepreneurship by empowering employees to build, test and launch new solutions. New innovations – some patentable, some not – have proliferated in these areas, as have the attendant IP issues. As a lawyer in this space, you’re often looking at legal issues – regulatory and IP in particular – for which there are often no “templates”: you need to find solutions through a tailored, creative approach.

Could you tell me a bit about the most interesting work you've personally been involved in recently?

Although I can’t speak to specific deal issues, my own work in strategic investments provides a window into the operation and issues of emerging growth firms. The portfolio is quite varied – payments and e-commerce platforms like Square and Jet.com as well as infosec and machine learning / AI firms like Cylance and Feedzai – with a diverse set of legal issues to diligence, even if the transactions follow a fairly standard set of venture deal terms.

Commercial and collaboration deals of various kinds – both with start-ups but also among more mature financial institutions – are also an interesting area, particularly where they involve new tech use cases like blockchain and AI. Being at the interface between large, highly regulated institutions and fast-moving smaller firms can be challenging, but makes for an interesting set of legal issues.

How have the roles/remits of an in-house Chief Patent Counsel and General Counsel changed in the last few years, both at Citi Ventures and more broadly?

Even for an IP specialist, transactions and matters often implicate a number of legal areas, which requires flexing well beyond IP/patent domains to other areas as transactions and projects demand. Even where you have specialists to leverage for input, I’ve found that my role increasingly requires getting familiar with a wide range of legal domains. Put another way, I think you increasingly need to lawyer more as generalist even from within the IP/venture speciality.

Secondly, there’s the increasing need to plug into the particulars of the business and technology aspects at a much earlier stage, and much more substantively. For patent matters and certainly for venture and innovation work, the need to both understand the underlying business and technical details is increasingly central. In early-stage technologies and new use cases, the paths to market and roles aren’t always clear, and the deal and IP structures need to account for this uncertainty. That’s true for licensing agreements, strategic investments, patent matters, and collaboration or joint venture projects in particular.

Do you foresee the role/remit of an in-house IP and innovation counsel changing in the next few years, and if so, how?

I would expect these trends to continue, and in particular the need for lawyers in these roles to develop more in-depth familiarity with the emerging technologies and markets, and participate early in project scoping and definition. The regulatory considerations for technologies like blockchain, smart contracts and AI can often drive how and whether a project is even workable. On the flip side, in fintech in particular, I think legal teams will need to help educate product developers so they have some independent familiarity with the broader regulatory and legal environment.

In your role as counsel to Citi Ventures, what are some of the common IP and other legal issues that arise in connection with venture investments?

Strategic investments and commercial deals in my space almost always come with IP issues. For investments, that means getting a clear view on the target’s own IP position, as well as risks or claims from third parties. Start-ups that emerge from university or government programmes present a unique set of additional IP issues.  A related issue is open-source software, which is increasingly used by firms alongside or in connection with the firm’s core proprietary software.

In collaboration and commercial arrangements, sorting through the licensing and ownership of IP – both what is brought in by the parties and what is created – is a common theme.

Regulatory issues are another key consideration for many Citi Ventures investments. Fintechs are often pursuing new products or approaches that present novel regulatory issues, and diligence often involves getting a clear view on these issues and risks, as well as assessing the firm’s compliance and control infrastructure.

Citi has been making fintech payment plays such as investing in HighRadius, but it has a lot of competition – FIS is buying WorldPay, and Fiserv is buying First Data. What impacts is this sort of innovation competition having on your role?

It’s important to note that the Citi Venture model is generally aimed at partnering with portfolio companies rather than acquiring them. There’s certainly competition in the investment space to invest in the best start-ups, whether you’re a strategic or pure financial investor. But we’re looking at firms more as partners than as competitors. For upward of 50-60% of the companies Citi Ventures has invested in, we’ve done some sort of commercial project, whether that’s piloting their technology, a revenue-sharing commercial deal or other arrangement.

As it relates to my role, I’d say the central challenge is finding ways to make those kinds of partnerships work, both for the rapid growth mind-set of a start-up and within the highly regulated environment of a large multinational bank.