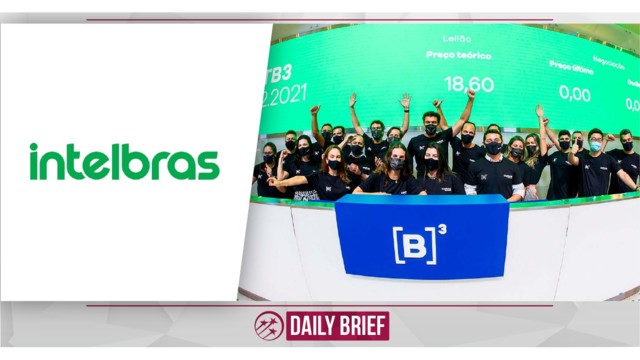 In early February, Brazilian security, networks and communications company Intelbras raised R$1.3 billion during its IPO at São Paulo-based stock exchange, B3, according to the Brazilian Securities and Exchange Commission (CVM).

Founded in 1976 in Santa Catarina, Intelbras is the largest Brazilian manufacturer of electronic security and communication equipment which is present in 98% of Brazil’s urban municipalities and frequently exports products internationally. Intelbras’ distribution network relies on over 370 distributors and over 80,000 resellers.

According to the company, the funds raised during the IPO will be invested in acquisitions, as well expanding its industrial capabilities, software and hardware solutions and digital retail channels. With the conclusion of its public offering, Intelbras becomes the 168th company listed within the Novo Mercado, B3’s segment for companies with the highest corporate governance standards.

“Despite the complexity involved in transactions of this nature and the current uncertainty of the macroeconomics that take place due the development of the pandemic, the successful consummation of this IPO reinforces the message that companies, when properly advised by experienced and dedicated financial and legal advisors, are willing to comply with the levels of transparency and governance required by Brazilian regulations and the governance criteria established by B3, and can still capitalize its operations via equity capital markets transactions.”, stated Mr. Facó.