The Italian government has chosen the app that will speed up tracking coronavirus contagion and contribute to the management of 'phase two' of the emergency. Called Immuni, it meets the criteria set by Europe: it is voluntary, anonymous and uses bluetooth technology. 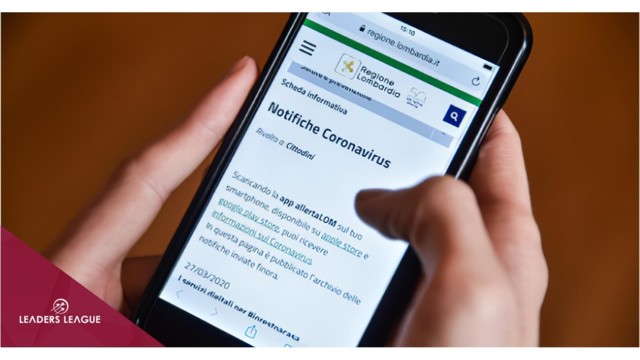 To make it work, the authorities will have to convince 60% of the Italian population to use it. Experts have asked the government to publish the application's source code so Italians can have a clearer idea of how it works and get the chance to point out potential vulnerabilities, and how it impacts individual privacy.

"The Immuni app can speed up the tracing of contacts but needs the support of a large section of the public to be effective," said Silvio Brusaferro, the director of the Higher Health Institute (ISS).

The app will first be piloted in a few regions and then extended, explained Emergency Commissioner Domenico Arcuri, who signed the ordinance endorsing the contact-tracing system of Milan-based company Bending Spoons. The app is based on bluetooth technology.
Every smartphone will regularly emit an anonymous ID code that can be picked up by other smartphones using the same app in the area - within a few metres.
If one of the app users reports that they have tested positive for the coronavius, the system makes it possible to inform the people with whom they have been close to in the previous few days. Immuni will also feature a sort of "clinical diary" where each user will be able to store information about their state of health with the option to update it if there are changes.

The system will be operational in a few weeks, provided it gets through parliament.

Pushback against app based monitoring of the virus has increased in recent weeks. In an open letter, over 300 researchers from around the world pointed to the dangers of mass surveillance through apps designed to centralize data collection. It is one thing, they say, to have the code of the person who tested positive on the server and let other smartphones connect periodically to check if they have met him without transferring any data, but quite another to collect and store information on every citizens on a server.

The main Italian media have denounced the confusion caused by the lack of transparency on the part of the government on the choice of the app and are waiting for the decision to be clarified.