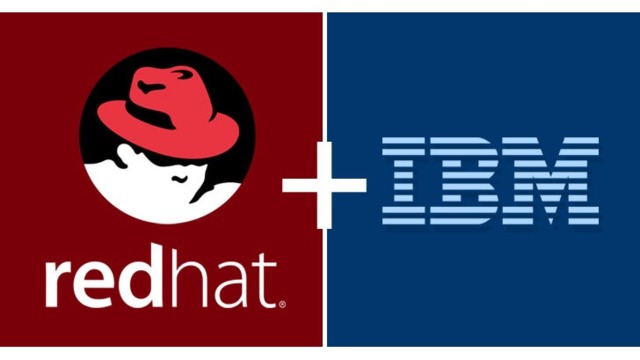 Given its love of technology and innovation, the Leaders League news team was most intrigued by IBM’s announcement in late October that it was purchasing open-source software company Red Hat. Having had some time to think about it, we’ve written a recap that also points to the future.

IBM’s move signifies a strong commitment (in the shape of a $34bn cash purchase) to keeping up at the cloud game, and there’s little doubt that this is where the future lies: even in the face of the GDPR, lawyers and industry bods alike are sanguine about the Internet of Things and the deep, broad possibilities of cloud storage. According to research and advisory firm Gartner, the hybrid cloud market will be worth $240bn by 2019.

Red Hat, with its longstanding commitment to open-source software, is no stranger to IBM: as far back as 1999, IBM, along with Compaq, Dell and Novell, purchased undisclosed minority stakes in the company. Now, IBM is hoping its outright acquisition of Red Hat will give it the tech heft it needs to compete with Google, Amazon and Microsoft in the cloud-service world – companies that remain some way ahead.

Dave Bartoletti, Vice-president of technology market research company Forrester, said in a statement: ‘The combined company has a leading Kubernetes and container-based cloud-native development platform, and a much broader open-source-middleware and developer-tools portfolio than either company separately’, suggesting that even though IBM can’t yet compete in the public cloud space, it certainly adds value when it comes to enterprise hybrid cloud development. He added that the merger would ‘shape the open-source and cloud-platforms market for years to come.’

The benefits for Red Hat, of course, are clear. ‘Joining forces with IBM,’ said CEO Jim Whitehurst, ‘will provide us with a greater level of scale, resources and capabilities to accelerate the impact of open source as the basis for digital transformation and bring Red Hat to an even wider audience, all while preserving our unique culture and unwavering commitment to open source innovation.’

Time will tell if Whitehurst’s optimism pays off; similar mergers in the past, such as HP–Autonomy (2011) and Oracle–Sun Microsystems (2009), did not end well. Red Hat has merged with IBM while purportedly retaining its structural integrity: the management team remains unchanged, and the business unit will supposedly retain (according to Red Hat’s website) its ‘independence and neutrality’, ‘current product portfolio’ and ‘unique development culture’. But with a merger as big as this, and with Whitehurst reporting to IBM’s CEO Ginni Rometty, certain things are bound to change, not least in terms of corporate and development culture.

This acquisition is certainly huge news for the hybrid cloud world, and therefore big news for business. But it remains a strategic play rather than a move for clear return on investment, and as such only time will tell whether IBM can keep a name for itself as a profitable player in an increasingly competitive hybrid cloud market.